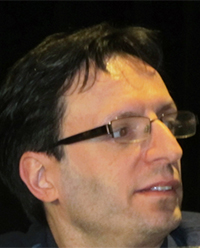 Tom Tango (1968 - ) spent more than a decade as a widely respected baseball analyst before joining MLB Advanced Media in 2016 as their first Senior Database Architect of Stats. MLBAM had introduced Statcast to all 30 MLB stadiums in 2015 and had the problem of deciding what questions it wanted to ask, and how to ask them. Tango first became known in the baseball community with his work at Baseball Think Factory, before starting his own blog at tangotiger.com. He created the Marcel projection system and was the primary developer of FIP and wOBA. In 2006 he teamed up with Mitchel Lichtman and Andrew Dophin for The Book: Playing the Percentages in Baseball. Tom has continued to be one of the field’s best analysts and one of the friendliest and most helpful members of the public community.