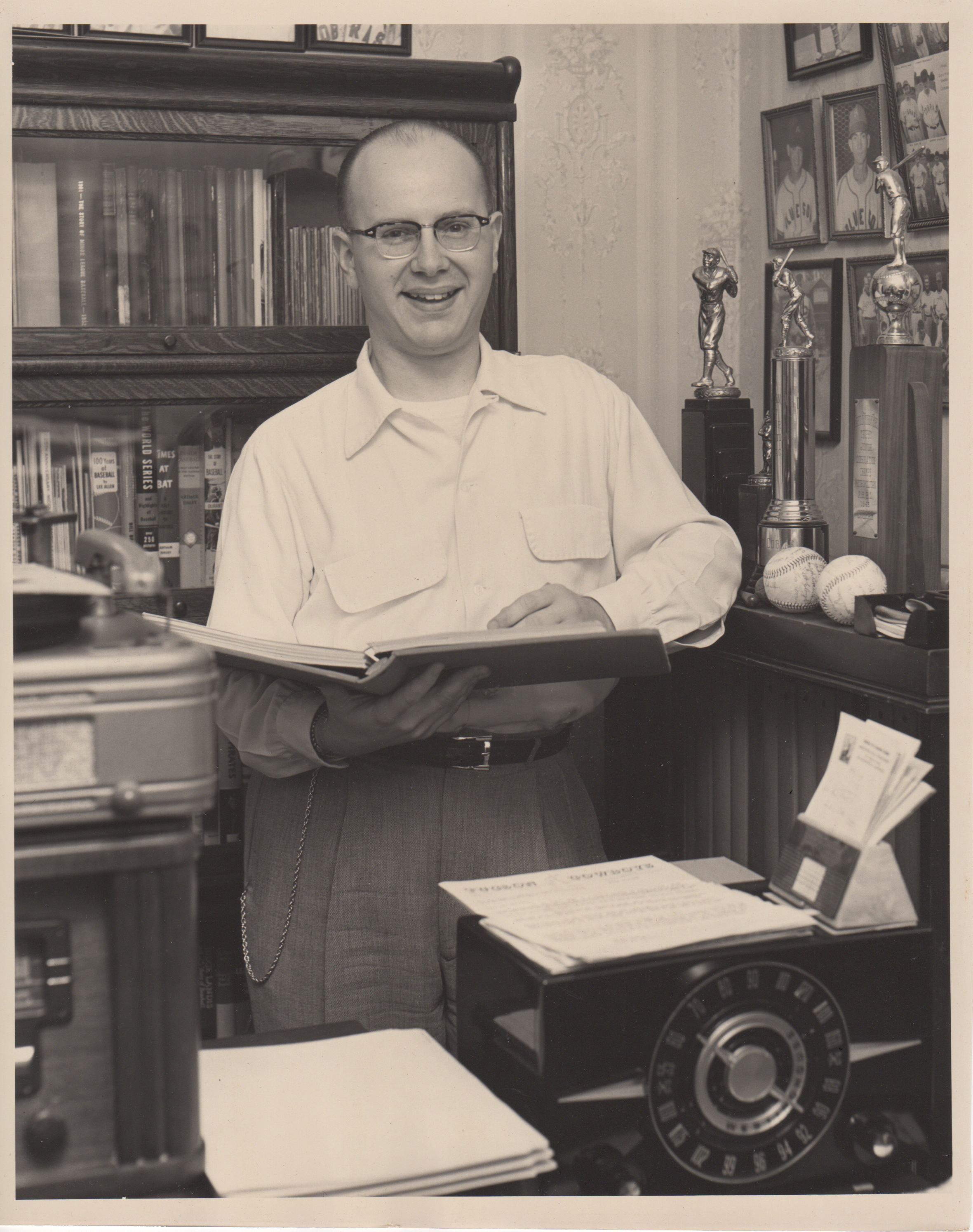 William J. Weiss (1925-2011) was one of SABR’s earliest members and a longtime statistician/historian for professional baseball leagues. He joined SABR on September 3, 1971, as member No. 34 less than one month after the organization’s founding. By then, he had already spent two decades preparing sketch books for minor and major leagues — with the help of his beloved wife of 56 years, Faye — which contained biographical information and career records for all players in the league. “At one time, he must have been doing stats for nine different leagues,” said his friend Dick Beverage, former SABR President and founder of the Pacific Coast League Historical Society. “He was a remarkable man. A baseball man; that’s the only way to describe him.” In addition to more than 200 of the statistical record books he compiled, Weiss also possessed an extensive collection of baseball memorabilia, including a large run of World Series programs and most editions of The Sporting News dating to 1914. Weiss received the SABR Salute in 1997. In 2004, he was honored with the Baseball Reliquary’s Tony Salin Memorial Award, which recognizes a person who dedicates his or her life to baseball history.

Click on a link below to read some of Bill Weiss’s early SABR articles.