This article was written by Steve Behnke 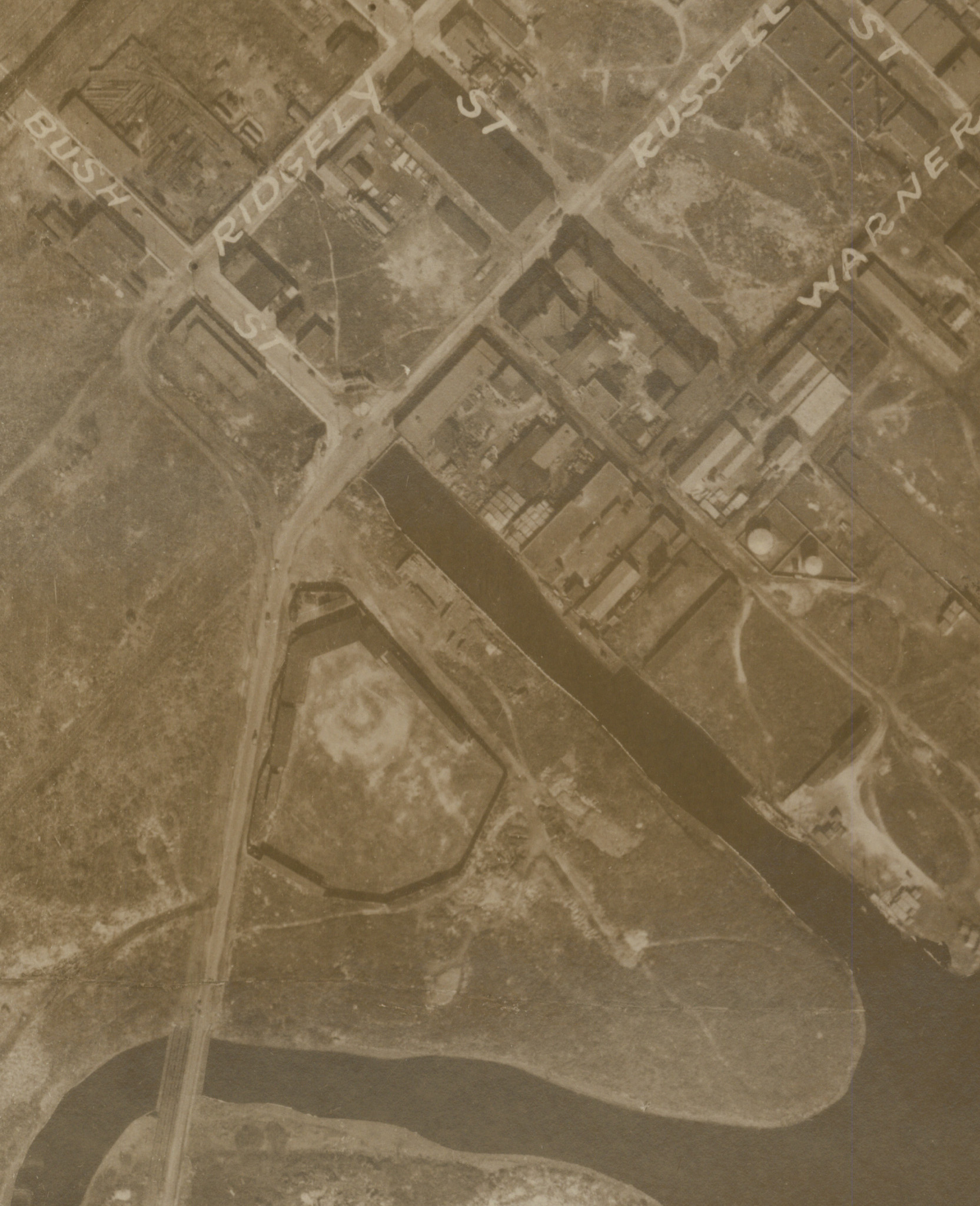 Prior to 1921 the Baltimore Black Sox were an independent team playing most of their home games at such places as Oriole Park (also known as Terrapin Park) and Westport Park in Baltimore. They did not have what they could call their own home field. The team was owned by two white businessmen, George Rossiter and George Spedden.1

By 1918 they were a team of note in the area. The Afro-American newspaper reported on October 4, 1918, that the Black Sox would play a championship series of seven games against the Semi-Pro All Stars beginning October 6. The Black Sox had a record of 35 wins and 5 losses. Three of the losses were by one run. The winner of this series would be presented with a silver cup and $25 in gold. The games were to be played at Westport Park. The Black Sox won the championship and were ready for bigger and better days.2

On February 6, 1920, the Afro-American published a piece that said, “The Black Sox are now building bleachers and a grandstand the baseball park at Westport. It is said the total cost will amount to $15,000 and that the local team will have the best grounds.”3 Maryland Ballpark was about to be born. It was located on a peninsula of land between Ridgely’s Cove to the north and Gwynns Falls to the south. A portion of the Patapsco River was to the west. The first-base line ran adjacent to Maryland Avenue. The Black Sox’ previous home field, Westport Baseball Grounds, was in close proximity. The location was important to fans who would attend games. The Westport streetcar line bordered the new facility for easy accessibility.4

The research of Professor Bernard McKenna of the University of Delaware has determined that the exact location of Maryland Park can be confirmed. The Maryland Port Authority commissioned aerial photographs of Baltimore in the 1920s. Professor McKenna discovered these photos in his research of the park and the Black Sox.5 A lost ballpark had been found.

Construction commenced in February of 1920, with the park ready for play at the start of the 1921 season. The dimension can be somewhat determined by the aerial photographs. McKenna’s detailed examination of the photographs clearly shows the foul lines and the pitcher’s mound as well as the fences. He used right angles and the Pythagorean formula to determine the park’s measurements. It was 320 feet to the left-field foul pole; 391 feet to dead center field; the power alleys in left-center and right-center fields were 387 feet; it was 361 feet to the right-field foul pole. There was also a short porch in right field 351 feet from home plate.6

On Friday, July 24, 1920, the Black Sox filed for incorporation with the Maryland Tax Commission through their attorney, Arthur E. Briscoe. Capital stock amount to $20,000 and was authorized at $100 per share. The incorporators were William H. Bruner, Charles F. Spedden, Dr. Frank J. Sykes, Charles H. Owens, and John P. Copper.7 The Black Sox were on firm financial footing to go forward.

The Black Sox immediately made capital improvements to their new ballpark. They created two separate entrances, one was for the grandstand and the other for the bleachers. This would reduce customer congestion. They reseeded the outfield and leveled it. They also installed hot and cold showers for the players.8 All of these alterations and enhancements increased the value of the park to an estimated $35,000. On February 21, 1924, owner Charlie Spedden announced that “the Sox own and operate a $35,000 plant fully paid for.”9

On March 10, 1922 an article in the Afro-American reported on “[t]he initial steps to what promises to be the greatest colored baseball team in Baltimore.” The Black Sox announced that the team’s players would be under contract for $125 to $200 per month. Such a salary was to replace the percentage of revenue they had previously been paid. Improvements to the park were planned. The bleachers were covered and the grandstands were extended.10

Not all changes to the park were successful. On August 18, 1928, the team ran an ad in the Afro-American declaring, “Maryland Ballpark has been beautifully electrified.”11 Night baseball got off to a very rocky start. The first night game was scheduled for June 23, 1930. Professor McKenna wrote, “[T]he lighting was so poor that Frank Winfield, the Black Sox manager, would not let his players take the field, fearing injury.”12 Fans were refunded their money. The club tried again on August 30, with a different outcome. It was the second game of a doubleheader against the House of David. The Black Sox won the game 5-0 behind the no-hit pitching of John Wesley “Neck” Stanley.

The Black Sox played their first game at Maryland Park on Sunday, May 15, 1921. They split a doubleheader with the Rex Athletic Club. The Afro-American said the teams played before a “big crowd.”13

With a new park as their home, the Black Sox were now poised for the next step in their existence. On December 16, 1923, the Eastern Colored League was formed with Edward H. Bolden as chairman. The Black Sox played well enough to finish second in 1924 and again in 1928. The league folded in 1928. However, in 1929 the teams regrouped into the American Negro League. This time the Black Sox finished in first place with 49 wins and 21 losses.14

The first series was played in 1924. The Kansas City Monarchs defeated the Hilldale club, five games to four. Gate receipts for this series came to $52,113.90. The Black Sox took in $1,407 as the team’s share for hosting the series.15

The second time the series came to Maryland Park was 1926. This pitted the Chicago American Giants of the Negro National League against the Atlantic City Bacharachs of the Eastern Colored League. The Chicago team won the series, five games to four. There was one game of note in this series. Claude “Red” Grier of Atlantic City hurled a no-hitter on October 3, 1926. Grier did not have a particularly illustrious career. In four years (1924-1927) he won only 31 games.16 But this day at Maryland Park he was unstoppable. He struck out seven and walked six in leading the Bacharachs to a 10-0 win.17 Attendance was reported to be 2,859 with gate receipts of $3,070.18

This series was likely the zenith of Maryland Park. Four months after the 1926 World Series, the first blow came that eventually led to the park’s demise. Charles Spedden, one of the principals of the Black Sox, was also in charge of the World Series finances for the league. Spedden failed to report $385 of recipients during the series. George Rossiter, owner of the Black Sox, released Spedden from his duties with the team. Spedden had been an original owner of the Black Sox. By this time, he had sold his shares in the club to Rossiter, and had stayed on as manager and financial director of the club until this incident.19

Rossiter was then in charge of the operation of the Black Sox. But the park had begun to fall into disrepair. It was reported by the Afro-American on March 31, 1928, that it would cost the club between $15,000 and $18,000 to get the grounds and stands into proper condition.20 To date no improvements had been made.

In 1929 the Black Sox joined the American Negro League and went on to win the league championship. The core of the team was its “million-dollar infield,” It was made up of Jud “Boojum” Wilson, Frank Warfield, Sir Richard Lundy, and Oliver “Ghost” Marcell. (The term “million dollar infield” was based on what they would have earned if they had played in the major leagues.)21

Rossiter was not the same owner that Spedden had been. Professor McKenna describes him as “aloof, irritable, misunderstood, or even racist.”22 On March 9, 1929 the Afro-American reported that Rossiter had backed out of a deal to sell the club to a group of black businessmen. The park was owned by the B&O Railway, which leased it to the Black Sox for $2,400 a year. The Black Sox management was responsible for the park’s upkeep.23

In 1932 Joe Cambria became the co-owner of the team with Rossiter. But Cambria’s interests lay with another Baltimore ballpark, Bugle Field, which he owned. Cambria made it the home of the Black Sox, and began to dismantle Maryland Park to use the wood at Bugle Field.24

By 1934 no more ballgames would be played at Maryland Park. It went into disrepair over time. It slowly became a junkyard. Professor McKenna indicates that remains of the park could be seen for a long time. He suggests that aerial photographs from the early 1950s show that parts of the clubhouse could still be seen, and says that it remained a junkyard until the 1970s.25 At this time part of the land was taken to build a highway. The rest of the land is now used by the Wheelabrator Incinerator Company, which converts waste to energy. The location today is 1801 Annapolis Road.

For approximately 12 years Maryland Park was home to the Baltimore Black Sox, 1929 champions of the Eastern Colored League. It was the park where a no-hitter was pitched in the Negro World Series. Maryland Park, lost to time, has been found again. 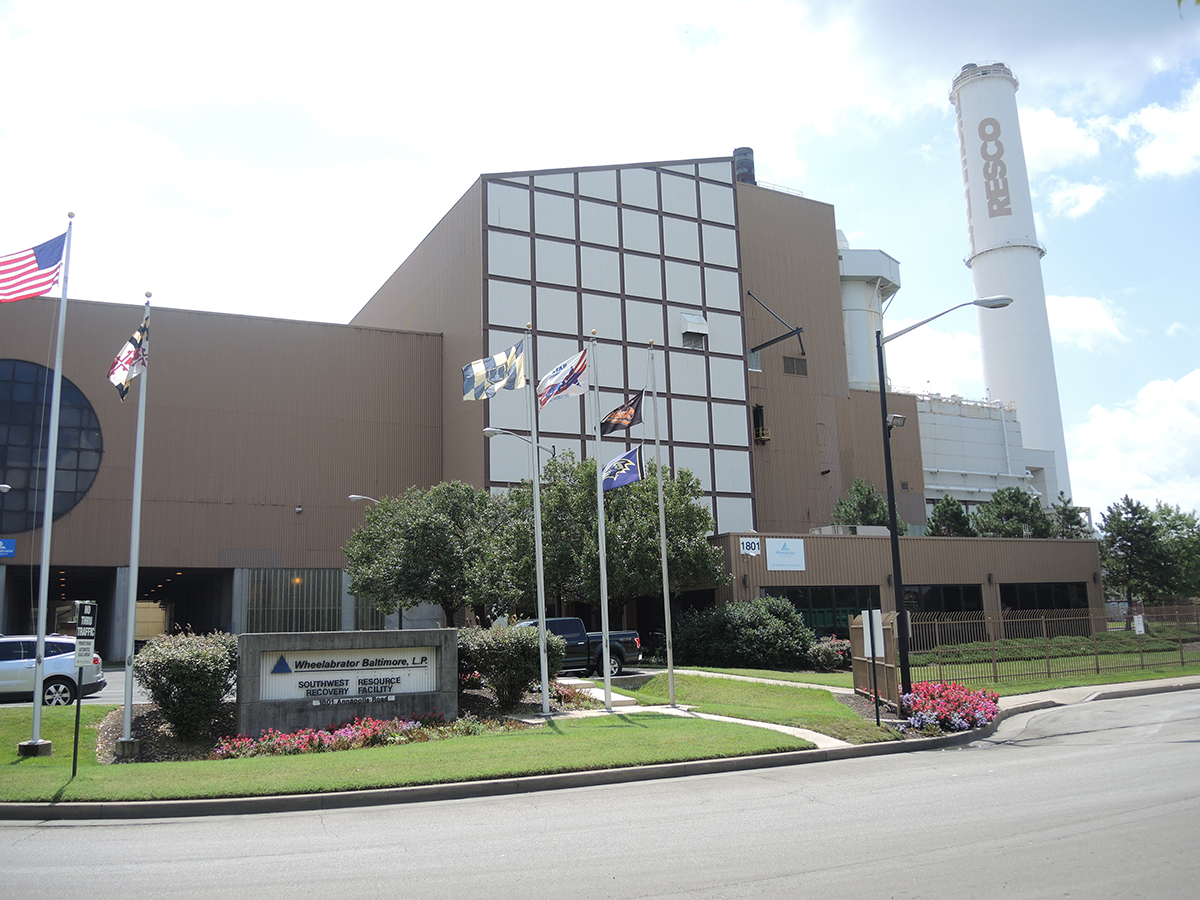 Former Site of Maryland Park, currently Wheelabrator Baltimore. The distinctive smokestack of the incinerator is visible at the intersection of I-95 and I-395. Courtesy of David B. Stinson.

This ballpark profile could not have been written without the diligent research done by Professor Bernard McKenna, University of Delaware.