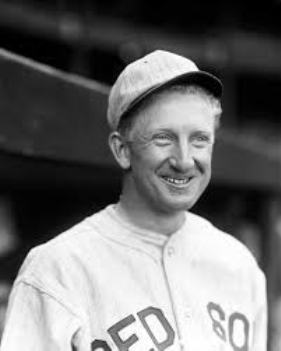 He wasn't "Snake" and he wasn't "Hooks" – Hal Wiltse went by the more pedestrian nickname of "Hal." Of course, that wasn't uncommon for a man named Harold. Harold James Wiltse was born in Clay City, Illinois, on August 6, 1903.

There was another Wiltse in professional baseball—right-hander Dorothy Wiltse. She pitched in the All-American Girls Professional Baseball League for the 1944 Minneapolis Millerettes, which later became the Fort Wayne Daisies (with a lifetime 117-76, ERA of 1.83 in seven seasons of play). Dottie Wiltse (later Collins) helped form the AAGPBL alumni group.1 Dottie was related to George Leroy "Hooks" Wiltse and Lewis DeWitt "Snake" Wiltse, but none of these Wiltses was related to Hal.2

Hal's father was Loren James Wiltse (the name is most frequently spelled "Wiltsey" in US census records and on Loren Wiltsey's 1918 registration for the draft in World War I), a salesman who worked in a general store, Coggan Bros., in Clay City. His mother was the former Myrtle Marie Harrison. The family lived in Clay City at least through the 1920 census. Hal attended elementary school there and three years of high school.

Hal had actually signed in the fall of 1921 to play with Terre Haute the following season (1922) but was pitching for a town team in Newton, Illinois. After Terre Haute released him before the 1922 season began, he played for Lawrenceville, compiling a 13-1 record, and was signed by a scout for the Boston Red Sox. He went to spring training with the Red Sox at Hot Springs in 1923, but failed to make the team and was asked to play for the Longview, Texas club.

He worked in 20 games during the 1923 season, throwing 117 innings, but numerous no-decisions resulted in just a 1-3 record. Hal was known from an early age by the nickname "Whitey," and a glance at a photograph shows why. Though he began the season in Beaumont with pale blond hair, he was a redhead later in the season at Longview. With Longview in the East Texas League, he lost games by slim margins: 1-0, 2-0, 2-1, and 3-2. Frustrated, he reported later, "I was willing to try anything to break the jinx. Everything else having failed, I decided to dye my hair."3 Perhaps it worked. He pitched there until joining the Texas League's Beaumont Exporters around July 1.4

He pitched for Mobile in 1924 and attracted the interest of the Boston Red Sox, who made a big play for him in September, sending Mobile three players and cash to get him.5 Wiltse had been 12-13 with a 3.65 ERA in 190 innings. The Red Sox brought him to spring training at New Orleans in 1925, but manager Lee Fohl felt he needed more seasoning, and when Mobile's owner appealed that he needed more pitching, he was "left behind" by Boston to work with Mobile for another year in the Southern Association.6 He was described by the Herald as a "chubby southpaw," but stats show him at 5-feet-9 and 168 pounds. It may be of interest to note that Hooks Wiltse was the pitching coach for the New York Yankees in 1925 for just the one season.

Hal Wiltse was 14-11 (3.64) with Mobile in 1925, and made the big leagues with the Red Sox in 1926. His first game was Opening Day, April 13, at Fenway Park, where the Yankees opened up an 11-1 lead over the Red Sox, but then saw the Sox climb back to being down just 12-9. Wiltse came on in relief, the fifth Boston pitcher of the game, and threw a scoreless eighth. The Sox scored twice more, but couldn't quite catch New York. Wiltse relieved in two more games, then was given his first start by manager Lee Fohl on April 24 at Yankee Stadium. He gave up six runs in seven innings and lost. He lost his next start too.

After two more relief appearances, Wiltse put together back-to-back complete-game wins at Fenway. The first was a five-hit, 1-0 shutout of the Cleveland Indians on May 6, working his way out of a situation in the top of the ninth where the Indians had a man on third base with nobody out. The second was a 4-2 win (only one of the runs was earned) over the Tigers on May 12.

Wiltse had a similar workload in 1927—29 starts and seven relief roles. His ERA slipped to 5.10, but he won 10 games and lost 18. Again, he was second in wins for another last-place team (51-103 under Bill Carrigan), and again his own win percentage was better than the team's. On May 16, he was knocked unconscious by a ball hit by Bibb Falk of the White Sox and had to be carried off the field. Five days later, he was back on the mound for his next start. His best game of the year was a two-hit shutout of the St. Louis Browns on August 2 in the second game of a doubleheader that took just 1:15.

The Boston Globe's appraisal of Wiltse's time in Boston was succinct: "Wiltse had to rely mostly on his curves, for he had no fastball."7

In 1928, Wiltse started two April games for the Red Sox and lost them both, giving up 12 earned runs in 12 innings. On April 28, he was traded to the St. Louis Browns for veteran shortstop Wally Gerber. Red Sox owner Bob Quinn was hoping for an extra infusion of leadership from Gerber, on top of his fielding and hitting. The Browns, of course, were hoping that by pitching for a better team, Wiltse would improve. He didn't really. He got five starts, appearing mostly in relief (21 appearances) and ended the season 2-5 with a 5.25 ERA.

The Browns kept Wiltse in their organization on and off through 1937, beginning with back-to-back 19-win seasons with Wichita Falls (Texas League) in 1929 and 1930 (he was 19-11 and 19-9.) The Spudders finished first both years, but lost in the playoff series both times. Wiltse was named a league All-Star in 1930.

He went to spring training with the Philadelphia Phillies in 1931, but only got into one game during the regular season—his last in the major leagues. Wiltse worked the seventh inning of the April 20 game at the Baker Bowl against the visiting Brooklyn Dodgers. Reliever Ed Fallenstein had faced four batters and let them all reach base; he was charged with three runs. Wiltse faced five batters, giving up three hits and being charged with one run, but retired the side. He had hurt his arm in spring training. Ten days later, he was released to Milwaukee. His arm didn't get any better there. "I spent the entire summer going to doctors and taking treatments," he explained.8

By 1940, Hal Wiltse and his wife Eleanor were living in Bunkie, Louisiana, with their eight-year-old son, Larry. Hal was employed as an oil-field worker, employment he'd taken up after retiring in 1937. He later became district office manager for Richardson & Bass's Louisiana enterprises.

Wiltse died on November 2, 1983 in Bunkie and is buried in the Pythian Cemetery there.

In addition to the sources noted in this biography, the author also accessed Wiltse's player file and player questionnaire from the National Baseball Hall of Fame, the Encyclopedia of Minor League Baseball, Retrosheet.org, Baseball-Reference.com, and the SABR Minor Leagues Database, accessed online at Baseball-Reference.com. Thanks to Merrie Fidler for assistance regarding Dorothy Wiltse Collins.

4 Information provided by Hal Wiltse and located in his Hall of Fame player file.