This article was written by Sean Roberts 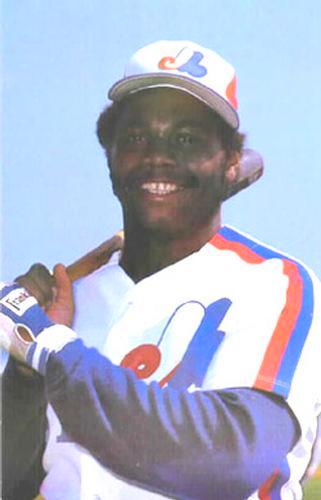 “I’m Willie Mays,” one might imagine a kid in New York City in 1955 calling out as he came to the plate in a midsummer day’s game of stickball. For kids growing up in Kansas City in the late 1980s, maybe it was Bo Jackson. There are players who occupy a certain time and place in the minds of fans, the player who in a way represents the city as a whole.

For Indianapolis in the late 1980s and early ’90s, that player was Razor Shines.

Born on July 18, 1956, in Durham, North Carolina, as Anthony Razor Shines, he grew up in the projects with his mother, Doris Shines, and his two siblings. (Shines said in a telephone interview that “Razor” was a family name.1) Doris made sure her son stayed out of trouble, and as Razor recalled, “I’ll never be able to thank her enough. She kept me out of jail. My life would have gone…”2 He learned the game playing at the John Avery Boys’ Club in Durham. Playing in Little League, Razor was accused of being too old for the 10-11-year-old division – despite the fact that he was just 9 years old. He was big for his age, but also was playing in a higher division because of his advanced skills.3

He went on to make the varsity team at Durham High School in the tenth grade, and then played baseball for St. Augustine’s College for three seasons (1976-1978). In June 1978 he was drafted by the Montreal Expos in the 18th round as a catcher.4 He was scouted and signed by Harry Postove, who, Razor recalled, told him “There’s not much money being drafted where you were, but you’ll have an opportunity to play, and if you can play you’ll get to the big leagues.”5

For the first few years of his career, Shines played mostly for West Palm Beach in the Florida State League. For part of the 1981 season through 1983, he played for Memphis in the Southern League.

In 1984, Razor was promoted to Triple-A Indianapolis, where he would spend most of his time over the next decade, with brief call-ups to the Expos. In Indianapolis Razor made his mark on the city and became the player that youngsters growing up in the ’80s and ’90s idolized. In March 1984 the Baltimore Colts of the NFL famously moved in Mayflower trucks in the middle of the night to Indianapolis, and the NBA’s Indiana Pacers were coming off a season in which they had won only 26 games, and further would win only 48 games over the next two seasons. Indianapolis may have had big-league teams, but they were hardly the source of civic pride and engagement at that time.

In a 1992 interview, Razor recalled, “I wouldn’t go so far as saying this is my town, but I can walk into the same clothing store as [Colts running back] Eric Dickerson or [Pacers guard] Reggie Miller and sign as many autographs as they do.”6 His longevity in a town looking for a consistent presence in their teams certainly contributed to his legend in the city, as did the way the Busch Stadium announcer called his name when he went to the plate, growling the “R” at the beginning of his name: “Now coming to the plate, Rrrrrrrrazor Shines!”

“When you win a lot, the city becomes in love with your team, and we won a lot,” Razor said. “I loved Indianapolis, and they loved me.”7

In 1985 Razor married Leann Farris, a former softball player from Emporia State University in Emporia, Kansas, whom he met somewhat improbably after diving into the stands to catch a foul ball playing a game in Wichita in 1983. He inadvertently knocked a soda into a fan’s lap, and gave the fan a ball later in the game in between innings. The fan waited outside the ballpark to get Shines’ autograph after the game, and invited him to his house for dinner, where he met the fan’s wife and two daughters – one of whom was Leann.9

That same year he met Leann, Razor also made his major-league debut as a September call-up backup catcher. While the game was uneventful for Razor himself (he was announced as a pinch-hitter, then called back after a pitching change), the 5-4 Expos loss featured no fewer than three future Hall of Famers, Tom Seaver, Andre Dawson, and Gary Carter, who had blocked Razor’s path to the majors as a catcher, causing him to move to the outfield and first base.10 In that first season up with the Expos, Razor had only two at-bats in a month. Gary Carter, he said, was “pretty good, and as it turned out really good as a Hall of Famer.”11

Another aspect to Shines’ major-league career must be understood in context. The Expos were loaded with talented players in the mid- to late 1980s, which must have made it exceedingly difficult to get at-bats for any prospect in the system at the time. Carter, Andre Dawson, Tim Raines, Tim Wallach, and Andres Galarraga (in 1985) were all ahead of Shines on the depth chart. Perhaps that provided Indianapolis with another reason to love Razor. He was, in their eyes, a major-league player, but was playing for them in Indianapolis.

All the talent surrounding the Montreal organization made an impression on Shines. He noticed the way the players around him took baseball seriously, as a job, and worked at it tirelessly to improve. He said he tried to instill that same impression on the younger players he coached and managed; that “you not only have to be good, you have to work at it.”12

Shines’ last major-league appearance was also as a pinch-hitter, in a 10-9 loss to the Cincinnati Reds in Montreal in May 1987, in which he grounded out to the pitcher. He went on to play until 1993, mostly with Indianapolis but also including stops in Buffalo (the Triple-A affiliate of Pittsburgh at the time), and in Mexico City. After his playing career, Shines turned his attention to coaching and managing, briefly coaching the baseball team at Bishop Chatard High School in Indianapolis before managing in the Sally, Carolina, Southern, International, and Florida State Leagues throughout most of the 2000s. His teams had losing records in only two of the seven years he managed.13 Shines also coached in the majors, for the New York Mets and Chicago White Sox.

One theme has carried throughout Shines’ career: winning. He was reluctant in a 2009 interview to discuss all of his championships, but he noted that he had 12 championship rings, including one from his coaching career with 2005 White Sox and when he was with the Philadelphia Phillies organization in 2008. He was on Indianapolis teams that won league titles every year from 1986 to 1989, and won Triple-A titles in 1988 and 1989.

Razor and Leann had their first child, Antoinette Shines, in 1987 in Indianapolis. Their son, Devin Razor Shines, was born in 1989 and was drafted by the Los Angeles Dodgers in 2011 out of Oklahoma State University, where he was an all-conference honorable mention.14 Razor was able to coach Devin as hitting coach for the Great Lakes Loons, a Class A affiliate of the Dodgers, in 2013. While Razor had other offers, “the possibility of coaching my son was too much to pass up. … It’s a blessing from God. I can’t think of a greater gift than what I’m getting right now,” he said in 2012.15 (As of 2013, Devin was still playing in the Dodgers’ farm system; in 2014 Razor was a coach for the Chattanooga Lookouts, a Dodgers affiliate in the Southern League.)

Razor Shines sought to make his career in baseball one of patience, hard work, and never quitting. He epitomized baseball in his approach to the game and the impact he made on the young players he worked with as a coach, but also in his contributions to a city looking for major-league talent. Baseball fans coming of age in Indianapolis in the decade Razor played certainly called out, “I’m Razor!” when stepping to the plate in their summer pickup games as they visualized hitting a double off the ivy-covered walls of Bush Stadium.