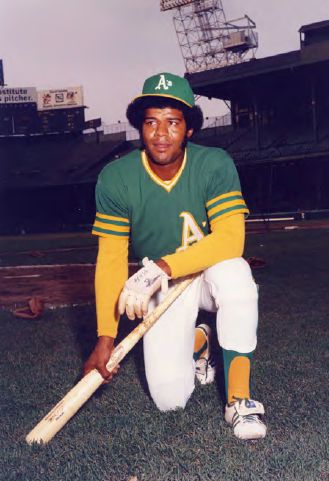 Right-handed-hitting backup catcher Tim Hosley came up through the Detroit Tigers farm system and broke in with the Tigers in 1970. Traded to Oakland, Hosley played for the 1973 and 1974 World Series champions, but spent much of those two seasons in Triple-A because the A’s were deep in catching with Ray Fosse and Larry Haney. Sent back to the minors after the ‘74 season, he was drafted by the Chicago Cubs, but eventually returned to the Athletics for two additional stints, in 1976-1978 and 1981. For all his lack of playing time, he was described as having a strong work ethic. 1

Born and raised in Spartanburg, South Carolina, Hosley was the son of Carrie Lee and Timothy Hosley. At George Washington Carver High School, he played football and basketball and, since the school did not have a baseball team, he played in a local Fast Pitch League.

Hosley chose not to place any blame elsewhere for not being drafted, but instead pointed to his own inexperience. “I never played Legion ball or high-school ball,” he said. “I just played a few sandlot games. Actually when the Tigers signed me, I probably had more experience playing softball than baseball.”4

Moving through the Tigers’ farm system, Hosley improved his batting, and in 1969, for Rocky Mount in the Carolina League, he led the league in hitting until the beginning of August.6 By the time the season ended, Hosley was at .268; but was third in the league in home runs with 27 (his one-season high in Organized Baseball) and fourth in RBIs with 79. (Future major-league slugger Greg Luzinski led the league in both categories.)

In 1970 Hosley moved up to Double-A Montgomery (Southern League), where his batting average plunged to .215 but he hit 20 home runs and drove in 50 runs. This earned him a call-up to the Tigers at the end of the season.7 Hosley made his major-league debut at Tiger Stadium on September 8, 1970, in a 6-3 victory over Baltimore. He pinch-hit for pitcher Mickey Lolich. Facing Marcelino López, he fouled out to first baseman Boog Powell.

At the end of spring training in 1971, Hosley was assigned to Triple-A Toledo, where in 97 games he batted .239 and hit 23 home runs, tying George Kalafatis for the team lead. In September he was called up again after Tigers catcher Jim Price was injured. On September 5 at Yankee Stadium, in the fifth inning of a 6-5 Tigers defeat, Bobby Murcer crashed into Hosley at home plate. Removed from the field on a stretcher, Hosley was held overnight at the hospital for X-rays, but suffered no injury.8

On September 25 at Tiger Stadium, in his first multi-hit game in the majors, Hosley led Detroit to a 10-5 victory over New York, hitting two home runs off Mike Kekich and driving in five runs.9

Tigers skipper Billy Martin planned to carry Hosley as a backup to Bill Freehan and Tom Haller in 1972.10 The team liked his bat and considered him a potentially capable big-league slugger, at the very least a useful backup who could provide support at catcher and first base.11 However, Hosley wound up being sent to the Tigers’ minor-league complex. “We wanted him mainly for his arm, but he made three bad throws on steals down here,” Martin said. “If you’re going to carry a guy for defense, he has to be a specialist and Hosley hasn’t done that yet.

After arriving late for a workout, Hosley was assigned to Toledo. 13 He hoped to hit for a better average and throw out baserunners. “I’ve got to make more contact and let the home runs take care of themselves,” he told a sportswriter. “I know I don’t have to swing hard to get the job done, but with me it’s a lot easier said than done.”14 Playing in 132 games, Hosley led Toledo with 24 home runs and 67 RBIs, while hitting .243.

In the offseason the Tigers obtained catcher Charlie Sands from Pittsburgh, and had an abundance of catchers with Hosley, Bill Freehan, and Duke Sims.15 At first base, the Tigers still had Norm Cash, backed up by Al Kaline, Frank Howard, and Ike Brown.16  As a result, on April 3, 1973, Hosley was sent to Oakland for relief pitcher Don Shaw.17 The trade was good and bad news for Hosley. On the one hand, he was joining the best team in baseball, a club positioned to repeat in the American League West. On the other, the A’s featured a catching logjam similar to the Tigers’, with Gene Tenace and Ray Fosse.18

Hosley began the  season with the Tucson Toros of the Pacific Coast League, but was called up in May. He made his first appearance in an A’s uniform on May 10 at Arlington Stadium. He drove in two runs on two hits, in a 17-2 rout of the Rangers. After a playing in 13 games, he returned to Tucson, where he hit .300 with 12 home runs.

For one of the few times in his career, Hosley spent an entire summer in the big leagues, free of a minor-league assignment. “I finally found a manager willing to give me a chance,” he told sportswriter Jerome Holtzman.22 In 62 games, he batted .255, hit six home runs, and slugged .433. On September 14 he hit his only career grand slam, against Philadelphia pitcher Randy Lerch at Chicago’s Wrigley Field.

In 1981 season, Hosley was back with the A’s. On April 29, in a 6-4 victory over California, Hosley came up as a pinch-hitter and bludgeoned a two-out, three-run homer off Andy Hassler. It was the final home run of his major-league career.

On May 29 the players union went on strike, and the season didn’t resume until August 9. Hosley didn’t play after the strike, and he was released at the end of August. His major-league career was over. The next season he retired after playing in two games for Triple-A Tacoma.

In his nine-year up-and-down major-league career, Hosley played in 208 games, batted .215, hit 12 home runs, and collected 53 RBIs. His minor-league numbers were more notable. He hit 208 home runs and had a .272 batting average. Hosley’s skills were often unappreciated in his era, but are lauded by more recent analysts. In addition to his power, Hosley drew a lot of walks; he posted a .400 on-base percentage five times in the minors and had a career .373 OBP mark at that level.23