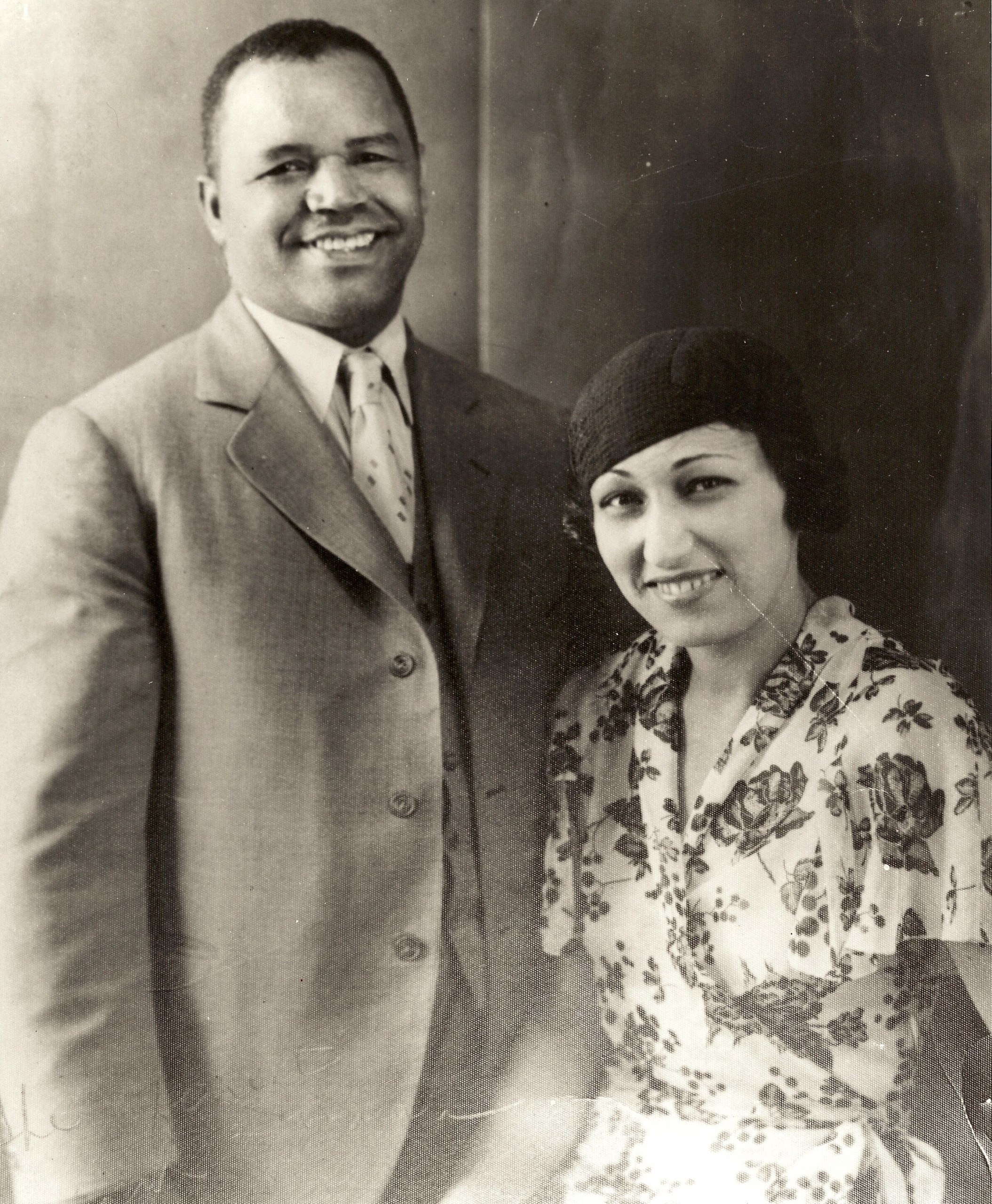 Abraham Lincoln Manley was born on December 22, 1885, in Hertford, North Carolina, one of seven children of William and Rebecca (Faulk) Manley. The family owned land, raised and raced horses, and were practicing Quakers.1 In high school, Abe worked in a sawmill, and lost the top of his left thumb while cutting a piece of wood.2 After Hertford, Abe lived in Norfolk, Virginia; Brooklyn, New York; and Camden, New Jersey. He worked as a chauffeur, a laborer, and a barber.3 He married Gertrude Stoves on December 2, 1914, in Brooklyn.4 They lived in Brooklyn and later divorced.5

While living in Camden, Manley became part of numbers gambling, an illegal yet popular pastime in the African American community, as a “numbers banker.” He developed his fortune at the prominent Rest-A-While Club in Camden. Manley owned the building that housed the club and he served as its treasurer. The club included “a private bar, a steward, sleeping apartments, a billiard and game room, and a piano valued at $8,000.”6 On September 12, 1932, an explosion damaged the front of the building. After the bombing, probably by a gambling competitor, the local district attorney, a friend, advised Manley to leave town. He did so, moving to New York City.7

Effa Manley later recounted meeting her second husband at the 1932 World Series.8 If correct, the two met on either September 28 or 29, 1932, at one of the New York Yankees home games in the Series against the Chicago Cubs. They may have met earlier as evidenced by an event co-hosted by the Manleys on January 29, 1932, in Camden.9 Whenever they met, Effa and Abe were married by the Manhattan city clerk on June 15, 1933. Their marriage lasted until Abe’s death in 1952.

After the marriage the couple moved to 741 St. Nicholas Avenue in the Sugar Hill area of Harlem. Effa Manley received four mink coats, a seal coat, and a five-carat diamond ring from Tiffany’s during their marriage. Abe drove a Lincoln Continental and furnished their house with Oriental rugs.10 Effa claimed to never know how much money they had, but said, “Anything I wanted, I got.”11

Abe Manley had enough money to purchase a Negro League baseball team. On November 13, 1934, the National Negro League owners awarded Manley the Brooklyn Eagles franchise.12 The team spent spring training in Jacksonville, Florida, at the Richmond Hotel, and then played its home games at Ebbets Field, the home of the Brooklyn Dodgers. The Eagles celebrated Opening Day on Saturday, May 11, 1935. Effa brought in New York Mayor Fiorello LaGuardia to throw out the first pitch.13 The Homestead Grays beat the Brooklyn Eagles, 21-7. The Eagles ended the season in sixth place in the eight-team NNL. In November 1935 the Manleys sent Brooklyn Eagles uniforms and some players to play in the Puerto Rico winter league and they won the championship.

Before the 1936 season the Manleys purchased the Newark Dodgers, combined the roster with that of the Eagles, and relocated the ballclub to Ruppert Stadium in Newark. While Effa began to take over more of the day-to-day operations, Abe was responsible for securing players. As a team owner, the players liked Abe Manley. They gave him the nickname of “Cap” for captain. He traveled to spring training and on the bus with the team during the season. He provided a daily $1 meal allowance. Abe also concerned himself with morality of the players. Fran Matthews, a Newark Eagle for five years, said, “[Abe] had an All-American boy idea about the ballplayers — no drinkin’, no smokin’, no women.”14

The Manleys also became part of the management of the NNL. In March 1936 the owners elected Abe Manley vice president, and the following year he became the league’s treasurer. Initially, Effa worked behind the scenes and completed much of Abe’s work for the league. She moved into a more active and public role at the owners meeting at Philadelphia in January 1937 when she suggested changes for how to improve the league. Effa and Abe saw ways to improve the structure of the NNL. Abe wanted African-Americans to manage and control the operations of the league. Effa observed, “For the most part, Abe had been waging a one-man war against the booking agents from the first day he entered the picture as club owner. This served to make him highly unpopular (putting it mildly) with all the agents. … Abe always took the unwaverable position that the league teams should do their own booking of league games, and he fought constantly against the encroachment of private interests into the field.”15

In 1938 the Manleys moved to an apartment at 55 Somerset Street and an office at 101 Montgomery Street in the Third Ward of Newark. In 1941 they purchased a three-story house at 71 Crawford Street.16 During the 1940s, the teams grappled with the loss of players to the armed forces, restrictions on gasoline used by team buses, and players leaving for teams in Mexico or Latin America. As the number of jobs in local defense plants increased, by the end of World War II the Eagles saw a rise in attendance and profits. They ended each season between 1940 and 1945 in third place in the league, except for 1944, when they were fifth.

In 1946 the Eagles defeated the Kansas City Monarchs to become the Negro League champions. Managed by James Raleigh “Biz” Mackey, the  team ended the season with a record of 56-24-3.17 The home attendance was the club’s best ever at 120,292 and the Manleys’ profit for the season was $25,000.18 Between 1935 and 1948, the team included seven future Hall of Famers, Ray Dandridge, Leon Day, Larry Doby, Monte Irvin, Biz Mackey, Mule Suttles, and Willie Wells, and one Hall of Fame executive, Effa Manley.

The 1946 season was the high point for the Manleys. That year Organized Baseball integrated when Jackie Robinson played with the Montreal Royals, the Dodgers top farm team. When Robinson joined Brooklyn in 1947, there was a major drop in attendance for the Eagles and a reduction in the Manleys’ revenue. Fans were more interested in following the fates of black players in what was becoming integrated Organized Baseball rather than watch players in the segregated Negro Leagues.

After the 1948 season, the Manleys disbanded the Eagles and sold the club to W.H. Young, a dentist from Memphis, Tennessee.19 That same year the Negro National League merged its remaining teams with those of the Negro American League. The last act the Manleys oversaw as owners of the Eagles included the sale of Monte Irvin’s contract to the New York Giants.

Abe Manley died on December 9, 1952, at the home of his in-laws in Germantown, Pennsylvania. He had heart disease and had been suffering from prostate issues for several years. He suffered heart failure after surgery.20 A funeral Mass was held at St. Madeleine Sophie Catholic Church in Germantown. Larry Doby and Monte Irvin were among the pallbearers. Manley was buried in Fairmount Cemetery in Newark.