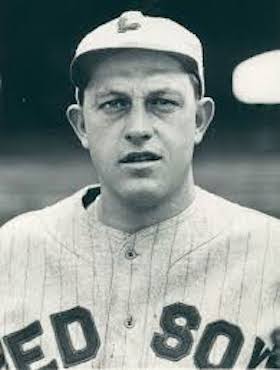 With his brothers and sisters, Al Van Camp could almost have fielded two baseball teams. Edward Victor Van Camp, born in Lille, France, in 1871, came to America in 1884. There he met Alice Rose Van DePutte from Altre, Belgium. The two married in Moline, Illinois, in August 1892. And became a quite productive couple; their children and years of birth:

Edward Van Camp somehow managed to support the growing family by working as a molder in a pump-manufacturing company, most of the time (from at least the 1910 census on) living in Davenport, Iowa.)

Albert Joseph Van Camp is of particular interest to us. He’s the one who played major-league baseball. Al was born in Moline or September 7, 1903. The children all took up various professions. Al himself was a coffee grinder in a coffee house in Davenport in 1920, the year he turned 17.

Al attended parochial school for nine years, the first eight at St. Alphonsus and then one year at St. Ambrose Academy, also in Davenport.

Van Camp was right-handed, stood 5-feet-11, and is listed at 175 pounds. His professional career began in 1927 – he was 23 at the time, and played 78 games at first base for the Western League’s Des Moines Demons, though John “Shano” Collins took over most of the first-base duties.1 Van Camp played for the Demons again in 1928; they finished last but Van Camp hit for an impressive .351 average, with 15 homers in 148 games, again at first base. He was signed by Cleveland on September 5 and joined the Tribe after the Western League season was done.2 He was initially due to report in the spring of 1929, but in fact got into his first big-league game on September 11, 1928.

The Indians were hosting the St. Louis Browns at League Park. It was Browns 11, Indians 5 after six innings and Van Camp was brought in to play first base in place of Johnny Hodapp. The Cleveland Plain Dealer wrote that Van Camp “looked snappy gathering in the throws the boys slammed at him. He failed to get a hit, hoisting to Schulte in center both times he tried it.”3 It was 10 days before Van Camp got into another game, but he played in the first game of the September 21 doubleheader at Washington and collected his first big-league base hit. The Washington Evening Star noted his fielding, saying he “appeared to advantage.”4 He was 1-for-4 at the plate, with a single. In the first game of a doubleheader on the 27th, he singled and doubled and drove in his first two runs, against the visiting Red Sox. Van Camp appeared in five games for Cleveland, batting .235 (4-for-17) with the two RBIs and just the one extra-base hit. He made one fielding error in 49 chances.

Cleveland wanted Van Camp to get more seasoning so he was placed with Des Moines again, though he was shifted to third base. He played most of the season for the Demons, but in late August, after Omaha center fielder Leo Najo’s mother died, he left the team and so Omaha traded catcher Joe Burns to Des Moines to get Van Camp for a short period of time.5 He was back with Des Moines by the 28th. He hit for a combined .252 with six home runs, not the production he’d enjoyed the year before. Van Camp rebounded well in 1930, hitting .343 with 18 home runs. He stole 19 bases. Shano Collins had taken over as Des Moines manager partway through the season; the Demons finished fourth. On September 13 the Boston Red Sox bought his contract.

Collins succeeded Heinie Wagner as Red Sox manager, and he envisioned Van Camp as an outfielder for the club – though Van Camp had been purchased before Red Sox owner Bob Quinn had named Collins manager. As the exhibition season got under way, the Boston Globe wrote that he “shows real promise.”6 Quinn had told the Boston Herald that “Van Camp was one of the smartest baserunners he had ever seen and indicated that it was a question only of whether Van Camp could refrain from slumping badly in hitting when he came to the Red Sox.”7

Van Camp did refrain from slumping badly. He started batting 1.000, with a pinch-hit in his first at-bat. It was all downhill from there, of course, but he was used in a utility role and appeared in 101 games, hitting for a .275 average with 33 RBIs and 34 runs scored. He played 55 games in left field, 25 games at first base (playing more at first base as the season went on), and twice played in right field and twice in center. He pinch-hit 21 times and pinch-ran once. The team batting average was .262; only one batter (Earl Webb) hit over .300 – he hit .333 with 67 doubles, the number of doubles still remaining a major-league record.

Going into 1932, Van Camp was said to be the “leading candidate” for the first-base job.8 The Red Sox released Bill Sweeney and saw Van Camp as the man for the job. Collins had managed him for two years at Des Moines and said, “He is a better ballplayer than is generally realized and there is no doubt in my mind about his being able to hold down the job.”9 Van Camp hit well in spring training. On the eve of Opening Day, Collins remained confident. It didn’t work out that well.

Van Camp had a few good days, particularly May 23 in Washington, when he was 4-for-5 with a double, triple, and two singles. But all in all, he fell short of expectations. He played through June 23 – his last game in the majors, as it happened. He was hitting .223 at the time, but with only six RBIs, and the Red Sox didn’t feel they were set at first base, having already tried Van Camp, Johnny Watwood, and Johnny Reder “but with little success.”10 Van Camp’s place was ably taken by Dale Alexander, who came to the Red Sox (with Roy Johnson) in a June 13 trade for Earl Webb. Alexander went on to win the American League batting crown, with a .367 average.

Van Camp did have one last moment of glory – on June 14, hitting two doubles in a game in Chicago, the second one coming in the top of the 11th and followed by two sacrifices that pushed across the winning run in a 5-4 win over the White Sox.

Van Camp went to the Nashville Volunteers on option. He hit an even .300 in 83 games there.

A deal was done in early 1933, the Red Sox sending Van Camp and some money to Louisville in exchange for catcher Mervyn Shea. Van Camp played the next three years for Louisville, hitting consistently: .282, .288, and .293.

In May 1935 he married Eloise Theresa Arnould.

At the time of the 1940 census, Van Camp lived with his wife, Eloise, in Davenport. She was a native Iowan. Van Camp was at the time club manager for the local Moose Club. The couple had three children – Al Jr. (age 4), Eloise Barbara (2), and Mary Josephine (1).

Van Camp lived in Davenport the remainder of his life, as president of the Al Van Camp Agency, an insurance agency. He remained active with the Loyal Order of Moose and 20 years later was secretary of the local chapter. It was in Bensenville, Illinois, in the Chicago area, that he died, however, on February 2, 1981. He is buried in Davenport at Mount Calvary Cemetery.