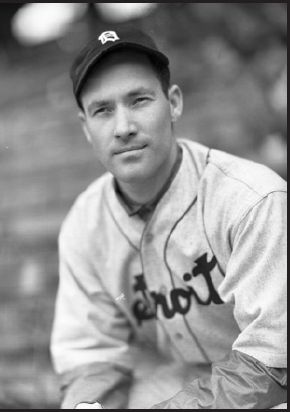 Clyde Melno Hatter, whose baseball career was ended by his premature death, was born to Claude Melnow Hatter (the father’s middle name had a “w” at the end while the son’s did not) and Tressie Lay Hatter in Poplar Hills, Jefferson County, Kentucky, on August 7, 1908. He was the last of three children, with an older sister, Florence, and an older brother, Cecil. Hatter never married and had no children, apparently living his entire life in the original family home.

The first stop on Hatter’s baseball career was as a pitcher at Middlesburg (Kentucky) High School. From there it was on to Eastern Kentucky University (then called Eastern Kentucky State Teachers College). It was written of Hatter in his college yearbook, The Milestone, “He was particularly shining in varsity baseball here at the college and many of the alumni will remember his consistent playing.” The highlight of his time at Eastern was a no-hitter he pitched against Kentucky Wesleyan. Hatter received valuable experience at the college level, and from there he progressed to the ranks of professional ball.

Hatter’s start in the minor leagues was inauspicious. For the Class B Dayton Aviators — to which he was optioned after being signed by the Louisville Colonels of the American Association– he was 12-15 in 1930 with an earned-run average of 5.14 and 173 walks in 247 innings pitched. Louisville brought him back for the 1931-34 seasons. In these four years Hatter never won more than he lost, and in 1932 and 1933 he went a cumulative 6-22. After those two seasons, though, his ERAs grew more respectable — 3.39 in 1934 and 2.88 in 1935 — meriting Hatter a call-up to the majors.

The Detroit Tigers of the early 20th century were a team built on good management and great players. Talents like Ty Cobb, Sam Crawford, Wild Bill Donovan, and others brought appearances in three straight World Series (1907-09), but they were never able to win baseball’s biggest prize. There were no other trips to the Series until 1934, when the Tigers met the St. Louis Cardinals’ Gas House Gang. The Tigers lost in seven games. This was Mickey Cochrane’s first year as manager and things were beginning to change for the Tigers. The fiery catcher had been purchased from the Philadelphia Athletics for $100,000 and he was putting together a team that was designed to compete for a long time.

While the 1934 Series was a heartbreaking loss, the Tigers were poised to compete for a win in the 1935 World Series. Detroit had a starting infield with future Hall of Famers Hank Greenberg at first base, Charlie Gehringer at second, and Billy Rogell at shortstop, plus Marv Owen at third. In the outfield were Goose Goslin (also a member of the Hall of Fame) in left field, Pete Fox in right, and Jo-Jo White and Gee Walker sharing the duties in center. The pitching staff was anchored by stalwarts Schoolboy Rowe, Tommy Bridges, Elden Auker, and Alvin “General” Crowder (who was obtained midway through the season). It was a formidable lineup indeed.

Hatter was sold to the Tigers in 1934 and was intended to be a big part of the run to the 1935 championship with an eye to many more championships to follow. He had a good fastball, a variety of curves, and a baffling change of pace, and he knew how to mix his pitches. Hatter was also unusual in the fact that he batted right-handed and threw left-handed.

But as he was reaching the pinnacle of his profession, things were beginning to creep into Hatter’s life and career that would greatly affect him. There were hints of discipline problems that included excessive drinking. These problems peaked in 1937. Hatter, nicknamed “Mad” as a reference to Lewis Carroll’s Alice in Wonderland character, also exhibited signs of a heart problem.

On April 23, 1935, Hatter pitched in his first big-league game, against the White Sox at Comiskey Park in Chicago. He pitched two innings in relief and gave up one run. The Tigers lost, 7-2. He pitched again two days later with similar results, the Tigers losing 9-8. Hatter pitched one inning, giving up no hits and no runs. His next outing was at Cleveland, where he pitched 4⅔ innings of three-hit, one-run ball. The next game for Hatter was on May 11 in Detroit against the Washington Senators. Tigers skipper Cochrane saw fit for Hatter to start the first game of his career. He went 6⅔ innings, allowed five hits, gave up three runs, struck out two — and walked nine. Except for the walks, it was a respectable outing. Hatter’s next game was another start, against the Boston Red Sox in Detroit. It did not turn out quite as well as his first start; he lasted only 3⅓ innings, and gave up seven runs (four earned) on four hits (two of them home runs) and three walks. The next two outings were in relief against New York and Washington and he struggled.

Hatter’s last game of the season was against the Athletics in Philadelphia in mid-July. It was a disaster for both the Tigers and Hatter. They lost 18-5 with Hatter pitching 6⅓ innings in relief, giving up 11 earned runs on 19 hits and five walks. He had pitched in eight games, and the Tigers lost all eight.

Soon after the Philadelphia lambasting, Hatter was sent to the Milwaukee Brewers of the American Association. He pitched very well for the remainder of the year, going 7-3 with a 2.88 ERA. He was then relegated to the Brewers for the 1936 season, where he continued to pitch well, going 16-6 albeit with a 4.52 ERA.

But in 1937 Hatter was given a second chance at a major-league career. Back with Detroit, he came in once more from the bullpen for his first game on April 29, when the game against Cleveland was already getting out of hand. He pitched three innings, gave up four runs on four hits and four walks. The Bengals lost, 12-3. Another loss wasn’t in the cards against the White Sox on May 3 at Navin Field, when the Tigers won 12-9. Hatter pitched in relief for 5⅓ innings, giving up five runs on 11 hits and four walks. Hatter wasn’t able to close out the game, being relieved by Vic Sorrell with one out in the ninth, but he got his one and only major-league win. Hatter’s last game was against the A’s, in Detroit. He pitched one inning, surrendering three runs on two hits and three free passes.

In May 1937 Hatter was sent down to Toledo. He pitched only 43 innings from May to September with three wins and no losses. He began having problems in Toledo stemming from the discipline and substanceabuse issues that had started bedeviling him a few years earlier. Hatter was suspended for 30 days by the Mud Hens for an undisclosed infraction. After the suspension, on July 6 he was taken to the hospital when he was found unconscious in a taxicab, the result of an overdose of sleeping pills.

After the end of the 1937 season, Hatter headed home from Toledo. When home, he got his father to drive him to Danville, Kentucky, to send some telegrams. On the way back, Hatter got in the back seat to lie down and take a nap. When they arrived back home, his father, Claude, went to arouse Hatter from his sleep but was unable to. Clyde Hatter had breathed his last. The date was October 17, 1937, and he was just 29. The death certificate, signed by the county coroner, said, “Died suddenly before I was called — Probably Heart Disease.” However, there was another account that must be taken seriously. In an interview in the 1980s, Hatter’s former teammate Marv Owen revealed, “(In 1937) Hatter did not show up for a couple of games, prompting (me) to check Hatter’s room. Hatter told (me) he had been sick, and (I) called the team doctor.” The doctor concluded that Hatter was drunk, found two glasses of whiskey in Hatter’s bureau drawer, and reported his findings to manager Cochrane. Hatter was sent to the minor leagues in Toledo, Ohio. Owen reported Hatter’s death this way: “He went home that winter and they found him dead in the back of his father’s car. From booze.”1

Examining the career of Clyde Hatter, we see a great deal of potential and promise, almost all of which was lost. When we look at the life of Hatter, the loss is even more profound. It is a tragedy.

This biography is included in the book “Detroit the Unconquerable: The 1935 World Champion Tigers” (SABR, 2014), edited by Scott Ferkovich.

E-Yearbook.com, for quotes from Eastern Kentucky University yearbook, The Milestone.

Information on circumstances of Hatter’s death was found in his file at the National Baseball Hall of Fame and Museum archives courtesy of Bill Francis.