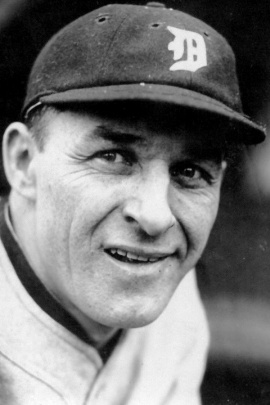 O’Rourke was born in Hamilton, Ontario, Canada, on November 28, but there is some uncertainty as to the year–perhaps even in his own mind. On his World War I draft registration, he indicated his birth year was 1893, but on his World War II draft registration, he said it was 1894. And in 1942, his brother John, completing a Province of Ontario form in order to obtain a birth certificate for him, swore he had been born in 1891. (Brother John also listed him as James Francis O’Rourke, though the ballplayer himself gave his name as Francis James O’Rourke.) On his Hall of Fame player questionnaire, completed in 1960, the player said he was born in 1894. A provincial birth certificate rendered in 1942 gives the year of birth as 1894.1

Census records indicate the O’Rourke parents–John and Ida–were both Pennsylvania natives, and both born to Pennsylvanian parents. Perhaps John had been working for a while in Hamilton at the time Frank was born.

The 1900 census showed the O’Rourke family living in Washington Township, Lehigh County, Pennsylvania, where John worked as a puddler in a rolling mill. The 1900 census–the document closest in time to the likely year of birth–showed Francis as born in 1891. Ballplayers were notorious for listing themselves as younger than they really were. The children in the family were John (17), Elizabeth (14), Estella (12), Ida (10), Francis (8), and Jane (6).

On his Hall of Fame player questionnaire, O’Rourke reported that he had attended elementary school and a half-year of high school in Sandusky, Ohio. Numerous articles, however, say that he had grown up playing baseball on the sandlots of Elizabeth, New Jersey.

O’Rourke seems to have begun his pro career with the New England League’s Lawrence Barristers in 1911, probably for fewer than 15 games.2 His first clearly documented season in Organized Baseball was 1912, with the Bridgeport Orators in the Class B Connecticut State League. He had been playing with a steel mill team in Pennsylvania; he was scouted and signed by Bridgeport team owner Gene McCann.3 The $125 a month he was offered was better than he’d been making at the steel mill.

After appearing in 29 games for Bridgeport, and batting .354, James Gaffney of the Boston Braves purchased his contract on June 7.4 O’Rourke debuted with the Braves on June 12. He was 0-for-4 at the plate, but handled two chances at shortstop without an error. The next day’s Boston Journal said he “displayed speed in the field, although tender and nervous at the bat.”5 O’Rourke drove in 16 runs in the 61 games he played, but only hit for a .122 average. One of these few hits won a game, his tenth-inning single on July 8 against the Cardinals, but it didn’t take long for the Boston Herald to note that his batting average was “less than any of the pitchers on the team. He is also at the bottom of the list for fielding.”6 O’Rourke finished the year with a .915 fielding percentage. He was just over-matched in the field and at the plate.

In 1913, O’Rourke began the year in Double A with Buffalo, hitting .182 in 19 games, but was better suited to Class B ball. He played in 87 games for the Wilkes-Barre Barons (New York State League) and hit .248. He played 1914 and 1915 for Wilkes-Barre as well, batting .301 and .274. In 1916, he played for Wilkes-Barre and then Utica, both in the NYSL, and hit a combined .287. The Cincinnati Reds drafted him–but then canceled the draft because they had learned he was “not as young as previous reports had led them to believe.”7

He got into 50 games for Utica in 1917, batting .319, but the team disbanded on July 4. Five days later, on July 9, he was signed by the Brooklyn Robins. After an absence of five years, O’Rourke was back in the major leagues. He played second base in almost all the games for the rest of the season. He hit .237 in 64 games, with 15 runs batted in. He closed the season nicely, going 2-for-3 and 3-for-4 in the October 3 doubleheader–though he was 0-for-5 in the twin bill on the season’s final day.

He doubled his home run totals–with four–in 1920, while he batted .327 in 148 games. In July, he was sold to the Washington Senators, to report after the International League season ended. Beginning on September 20, he played in every one of the season’s final 14 games. He hit .296.

On January 10, 1922, the Red Sox acquired Blackie O’Rourke and Jumping Joe Dugan as part of a three-way trade. The Senators had Donie Bush ready to play short, but they wanted Roger Peckinpaugh from Boston so they traded a couple of players to the Philadelphia A’s to get Dugan, and then swapped both Dugan and O’Rourke to Boston. The Boston Herald characterized O’Rourke as a “veteran and weak-armed shortstop.”9 Hugh Duffy had managed him in Toronto and was now the manager of the Red Sox and he liked O’Rourke, who he planned to use as a utility infielder.

O’Rourke held out for a better contract from owner Harry Frazee, but eventually signed and had a very good spring. He played 49 games at shortstop (with only a .909 fielding percentage) and 20 at third base (.960). He sat on the bench for a full month, from mid-June to mid-July. It was thought he was going to be waived to Toronto, but he stayed with Boston. Soon after getting some playing time again, he had two bad throws in one inning of the July 17 game that cost the Sox five runs. At the plate, O’Rourke hit .264 with 17 RBIs in 1922. He had three RBIs in the September 10 win over Washington, 6-1, where he was said to remain “extremely popular.”10 The Red Sox placed O’Rourke on waivers after the season, and he was selected by Toronto on October 25. There were reports the Browns had been interested, and that O’Rourke was going to play in Portland, but he refused to go to the Coast League and indeed played the 1923 season for the Maple Leafs.

A seven-player swap on January 15, 1927, sent him and three other Tigers to the St. Louis Browns for three of theirs. O’Rourke finished his time in the majors with the Browns, playing five seasons for the team. Although in his final year in St. Louis, 1931, he only played in eight games scattered from April 16 to July 28.

On August 4, 1931, the Milwaukee Brewers announced that they had hired O’Rourke to manage the team. News reports said that Browns owner Phil Ball had “dispatched” O’Rourke to St. Louis’s top farm team.13 The manager played himself in 50 games and it was a productive assignment; he hit .304. O’Rourke managed the Brewers for the next two seasons as well. After a fifth-place finish with the team he inherited mid-1931, he helped bring them to third place in 1932 (he hit .273 in the 43 games he inserted himself), but slid to a 67-87 record in 1933, the seventh-best record in the eight-team American Association.

There was something different in 1934. O’Rourke signed not as manager but as coach and utility infielder for the Montreal Royals. As a player, he got into 44 games and hit .235.

Starting in 1935, it was back to managing once more–this time for the Piedmont League’s Charlotte Hornets, at the time a Boston Red Sox farm club. He was appointed to the post by GM Eddie Collins in January. He was also prepared to play. But he appeared in only 27 games for Charlotte (and not that effectively–listed at age 41, he hit .190). The team finished in last place, however, and he was released in October.

The Class C El Dorado (Arkansas) Lions (Cotton States League) hired O’Rourke as manager for 1936 and it paid off for them. Though they finished fourth in the standings, El Dorado won the playoffs and then beat Greenville four games to one in the finals. In 1937, the Lions placed second in the standings but once again prevailed in the league finals, despite having lost most of their best players from 1936. In these two seasons, O’Rourke appeared in 25 and then 33 games, batting .295 and .273 respectively. The El Dorado manager had a little trouble with an umpire named Yocum. On May 7, 1937, when O’Rourke protested the play, the umpire “was charged with taking a sock” at him. “Yocum was later arrested on an assault charge, but it was dismissed, O’Rourke declining to press the action.”14

O’Rourke is also listed as manager of the Cordele (Georgia) Reds in the Georgia-Florida League in 1942. That team finished in last place. With World War II underway, the league ceased operating. O’Rourke took a position as a foreman in the Eastern Aircraft Division of General Motors at Linden, New Jersey.15

The Cincinnati Reds had hired O’Rourke as a scout for the 1941 season, before asking him to manage the team in Cordele, and he scouted for them from 1943 through 1951. In 1952, he became a scout for the New York Yankees and worked for them for more than 30 years, 1952-1985. O’Rourke is credited with signing Johnny Kucks, Jack Cullen, Al Downing, and Bill Henry. Even as late as 1982, O’Rourke said that he sometimes watched “two or three games” a day.16

The biggest change in baseball from when he played, O’Rourke said, “is in the baseball itself. A hitter just touches it today and it gets out of the ball park like a jackrabbit. And the batter sees a white ball coming up to him on every pitch. We only saw a white ball when the umpire threw it out to the pitcher. When it came up to the plate it was usually black as the ace of spades and often loaded up with saliva and dirt. Because of the lively ball, the strategy has changed. We used to use the sacrifice bunt a lot, even early in a game. I think some managers today don’t believe in the bunt at all. Everyone is a power hitter today. You don’t even see the hit-and-run very much.”17

He retired in 1985, at age 91, and SABR’s Scouts Committee chair Rod Nelson says that made him “the oldest active scout ever, by my accounting.”18

In addition to his scouting work, O’Rourke was active locally where he made his home in Elizabeth, New Jersey. The Elizabeth Hall of Fame notes, “Frank O’Rourke was a very active member of the Union County Baseball Association, playing a very important role in staging the Hot Stove League Dinner and the organization of the Youth League program. In 1952, the Union County Baseball Association along with the Union County Park Commission began their Hall of Fame program and Frank was inducted as one of 13 original members. In 1985 the New Jersey Sports Writers Association presented O’Rourke with its Hall of Fame Award, acknowledging that 75 years is more than a great many people live, and a longer baseball career than that of three very good and durable players.”19

O’Rourke died on May 14, 1986, at the King James Nursing Home in Chatham, New Jersey. He was predeceased by his wife Elizabeth Smith (they married in 1916); the couple had one daughter, Frances Weidman.

Frank O’Rourke was posthumously inducted into the Canadian Baseball Hall of Fame in 1996.

2 See the same April 25, 1929 issue of The Sporting News, among numerous sources noted in O’Rourke’s Hall of Fame player file.

4 Boston Herald, June 8, 1912. O’Rourke himself stated on his player questionnaire that he began pro ball in 1912, but a Washington Evening Star article on November 28, 1912 (which said he had been born in 1891) reported that he’d begun with a brief stint as a third baseman in the New England League with Lawrence in 1911, but had not been up to snuff and was “canned in June.”