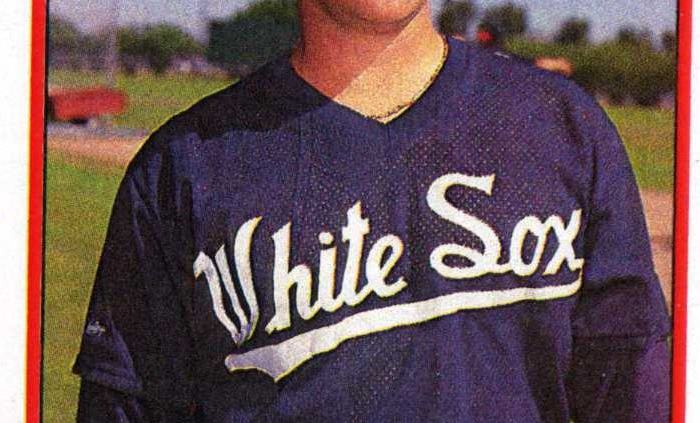 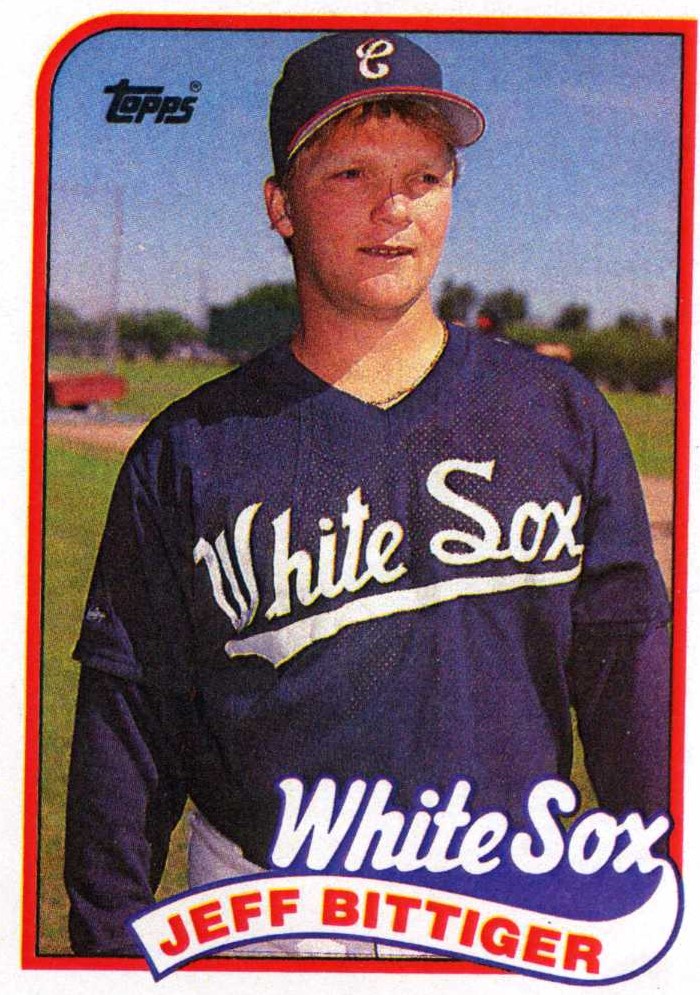 Jeff Bittiger’s professional baseball career spanned 23 seasons. But that long-playing career, which ended at the age of 40, included just 33 games – in parts of four seasons – in the major leagues.

The handful of highlights from his time in the major leagues includes four victories as a right-handed pitcher – including one for the Minnesota Twins in their pennant drive of 1987 – and one major-league hit.

Bittiger was born on April 13, 1962, in Jersey City, New Jersey. His father, Gary, was a chemical plant employee and his mother, Lois, was a secretary. He had a brother, Gary Jr., and a sister, Kerri.

Jeff attended Secaucus (New Jersey) High School. He joined the Secaucus varsity baseball team as a freshman as a catcher and infielder. He started pitching as a sophomore.

In a preview of his senior season, the 5-foot-10, 175-pounder threw a one-hitter with 14 strikeouts in the Patriots’ 6-3 season-opening victory over Wallington on April 3. The team went on to win the New Jersey Group 1 state championship.

Bittiger, who played shortstop when he wasn’t pitching, batted .490 with 9 home runs and 35 RBIs. On the mound he was 14-0 with a 0.29 ERA and 211 strikeouts in 102 innings. He finished his high-school career by tossing a four-hit shutout with 10 strikeouts – his lowest total of the season – in the Patriots’ 6-0 victory over Monroe Township in the state championship game. Secaucus finished the season with a 26-2 record.

Bittiger, whose fastball was clocked at 93 MPH, “established himself as one of the best, if not the best in the state.”1

Three days before pitching the Patriots to the title, Bittiger was selected in the seventh round of the June 1980 amateur draft by the New York Mets. Bittiger was the ninth pick for the Mets, who had three first-round picks and selected Darryl Strawberry with the first overall pick.

Bittiger, who had been offered a full athletic scholarship to play baseball for Clemson, signed with the Mets on July 1. The Mets announced they intended to use Bittiger as both an infielder and pitcher.

“He has a two-way shot, as a pitcher and a third baseman,” said Mets director of scouting Pete Gebrian. “He can swing the bat with some power.”2

Bittiger reported to Little Falls (New York) of the Class-A New York-Penn League. On the mound, he got off to a good start, striking out 10 and allowing no earned runs in his five innings. In seven pitching appearances, he was 0-1 with a 1.04 ERA and 33 strikeouts in 26 innings. In 37 at-bats, he batted .189 with 3 RBIs.

According to a newspaper, Bittiger made a good impression with the Mets as a pitcher – “one of the top one or two arms in the organization.”3

Mets general manager Frank Cashen and manager Joe Torre agreed. Cashen said, “The No. 1 thing you have to be impressed with in Jeff is his poise. It’s hard to believe he is only 18.”4 Torre said, “He’s just a baby, and I saw him pitch only once down in the Instructional League. But he made an impression on me, and he showed me how he responds to pressure. … He’s got a lot of velocity, and, if he stays healthy, there’s no telling how well he could develop.”5

After the season Bittiger shared with Strawberry the Doubleday Award, as the outstanding Double-A player in the Mets organization.

Bittiger went to spring training with the Mets in 1983. He wouldn’t turn 21 until April, and was the youngest pitcher in the big-league camp. He was sent to the Mets’ minor-league camp on March 23. Two days earlier, he had pitched four shutout innings in the Mets’ 3-1 exhibition victory over Toronto.

Bittiger spent the 1983 season with Triple-A Tidewater. With the Tides, he started slowly, winning just four of his first 12 decisions, but he finished with a 12-10 record in 28 starts.

In spring training with the Mets in 1985, Bittiger got caught in a numbers game. “Jeff reached a peak in ’82, then dropped off some while others went past him,” said Mets manager Davey Johnson. “Now another group has come up to that peak. His command (of pitches) hasn’t improved as much as it should have by this time.”6

Bittiger returned to Tidewater in 1985 for his third season with the Tides, going 11-7 with a 3.69 ERA in 24 starts. He started the season with a five-game winning streak and finished the season by winning five of his last seven decisions. But he missed seven starts after pulling a hamstring in early August.

In January of 1986, Bittiger was traded (along with catcher Ronn Reynolds) to the Philadelphia Phillies for a pair of minor leaguers, pitcher Rodger Cole and first baseman Ron Gideon. For the fourth consecutive season, he began in Triple A. With Portland of the Pacific Coast League, he went 13-8 (tying his career high for victories in a season that he set with two teams in 1981) in 26 starts. He was rewarded with a September call-up by the Phillies.

Bittiger made his major-league debut on September 2, 1986, against the San Diego Padres in Philadelphia. He allowed five runs in five innings and took the loss as the Padres defeated the Phillies, 6-2.

On September 22, in Pittsburgh, Bittiger made his second appearance. He allowed just two runs in 6⅔ innings to get the victory as the Phillies defeated the Pirates, 8-4.

Making the game more memorable for Bittiger, who had struck out in his only at-bat in his major-league debut, got his first major-league hit. In the top of the third, in his first at-bat of the day, Bittiger hit a solo home run to left field off Pirates starter Bob Kipper. After the game, he said, “More pitcher than third baseman, I think. I hit maybe eight or nine homers my senior year in high school, but pitching was what I did best.”7

Bittiger made his final appearance of the season on October 4, the next-to-last game of the season, when he started and went three innings in the Phillies’ 5-4, 14-inning victory over the visiting Montreal Expos.

Bittiger was released by the Phillies in December. He signed with the Atlanta Braves and was invited to spring training in 1987 but was released on April 4. He signed a minor-league contract with the Minnesota Twins in mid-April and was assigned to Portland (PCL). In a career-high 180 innings, he was 12-10 with a 3.40 ERA.

Bittiger was called up by the Twins, who were en route to their first World Series title. He made his American League debut on September 7 at the Metrodome against the Chicago White Sox. He went seven innings, allowing six hits and one run while striking out five, in the Twins’ 8-1 victory. The victory left the Twins with a three-game lead in the AL West over second-place Oakland with 23 games remaining. Bittiger made two more appearances for the Twins, both in relief. After the season, he was released by the Twins, and he signed with the Chicago White Sox in January of 1988.

Bittiger opened the 1988 season with Vancouver (PCL). A 4-1 record, 1.04 ERA, and five complete games in seven starts earned him a call-up by the White Sox on May 13. In his White Sox debut on May 16, he allowed one earned run and struck out six in four innings in Chicago’s 5-1 loss to Toronto. He spent the remainder of the 1988 season with the White Sox, going 2-4 with a 4.23 ERA in 25 appearances (seven starts).

Bittiger returned to Vancouver to start the 1989 season. He was recalled by the White Sox on May 22 and pitched 4⅔ innings of relief the next day. He allowed two earned runs in Chicago’s 5-1 loss to the visiting Baltimore Orioles. On May 30 he started and took the loss in Chicago’s 10-3 loss to the Tigers. He allowed five earned runs in five innings in what would be his final major-league appearance.

Bittiger left that start with a pulled muscle and was placed on the disabled list two days later. In late June he went to Sarasota for a rehab stint. He went 1-1 with a 0.75 ERA in two starts for the Gulf Coast League White Sox. He was activated from the disabled list on July 13 and sent back to Vancouver. With Vancouver, he was 9-5 with a 2.12 ERA.

In November of 1989, Bittiger was traded to the Los Angeles Dodgers for infielder Tracy Woodson. He was added to the Dodgers’ 40-man roster and went to spring training with the team in 1990. But again, he got caught in a numbers game.

There was a 32-day work stoppage (a lockout by the owners) during spring training. After spring training resumed, there was talk that major-league rosters would be 27 players (three extra players) for the month of April. Ultimately, teams started the season with 24 players. Bittiger was sent outright to Albuquerque. He had agreed to the assignment, waiving his right to free agency.

“I was pretty disappointed,” said Bittiger. “I knew the short three-week spring training was going to hurt my chance of making it. It’s disappointing to go back (to the PCL). I felt I was the best pitcher in the league last year. I don’t know what else I can prove.”8

With Albuquerque in 1990, Bittiger won a career-high 15 games, going 15-6 with a 4.15 ERA in 28 appearances. After the season he signed with the Cleveland organization and spent the 1991 season with Colorado Springs (PCL). For the 1992 season, he signed with the Oakland organization. He started the season at Double-A Huntsville. He put together an eight-game winning streak to earn a promotion to Triple-A Tacoma. Between the two, he was 13-8 with a 2.97 ERA.

In 1993, for the first time, Bittiger didn’t go to a spring camp. He pitched for an amateur team in New Jersey, then joined the Rochester (Minnesota) Aces of the newly formed independent Northern League. The franchise moved to Winnipeg after the 1994 season and Bittiger pitched for Winnipeg.

During the 1994-95 offseason, with the major-league players on strike, Bittiger signed a contract with the Oakland A’s, whose general manager was Billy Beane, who had been taken by the Mets in the same draft as Bittiger. After the A’s finished their Cactus League schedule with a 14-10-1 record, Bittiger was expected to be the A’s Opening Day starter on April 3.

A settlement to end the work stoppage was reached on April 1 and the start of the regular season was postponed until April 26. Bittiger was assigned to Triple-A Edmonton (PCL).

“I just wanted an opportunity to pitch,” said Bittiger. “I think I can still pitch, whether it’s here (Edmonton) or in the big leagues.”9

He appeared in six games with Edmonton – the sixth PCL team he had pitched for – going 2-0 with a 5.28 ERA. He was released by Oakland on April 30, and returned to Winnipeg of the Northern League for the remainder of the 1995 season, going 8-5 in 20 starts.

In 1996 Bittiger joined the expansion Fargo-Moorhead RedHawks of the Northern League. It would be the final team of his 23-year career. He spent the next seven seasons with the RedHawks.

After retiring, Bittiger spent the 2003 season as the RedHawks pitching coach. In 2004 he became a scout for the Oakland Athletics, a position he still held in 2020. In 2010 he was named the Oakland organization’s Scout of the Year.

Bittiger and his wife Alicia live in Saylorsburg, Pennsylvania. Their son Brett was drafted by the Oakland Athletics twice. Oakland first drafted Brett, a shortstop, out of Pius X High School in the 41st round of the 2011 draft. He elected to play for Fairleigh Dickinson instead of signing. After one season, he transferred to Pace University, where he was a starter for three seasons. Oakland selected him in the 40th round of the 2016 draft. He played briefly for Oakland’s Arizona Summer League team in 2016 before retiring.

In addition to the sources cited in the Notes, the author consulted Baseball-Reference.com, Newspapers.com, paceuathletics.com and Retrosheet.org.