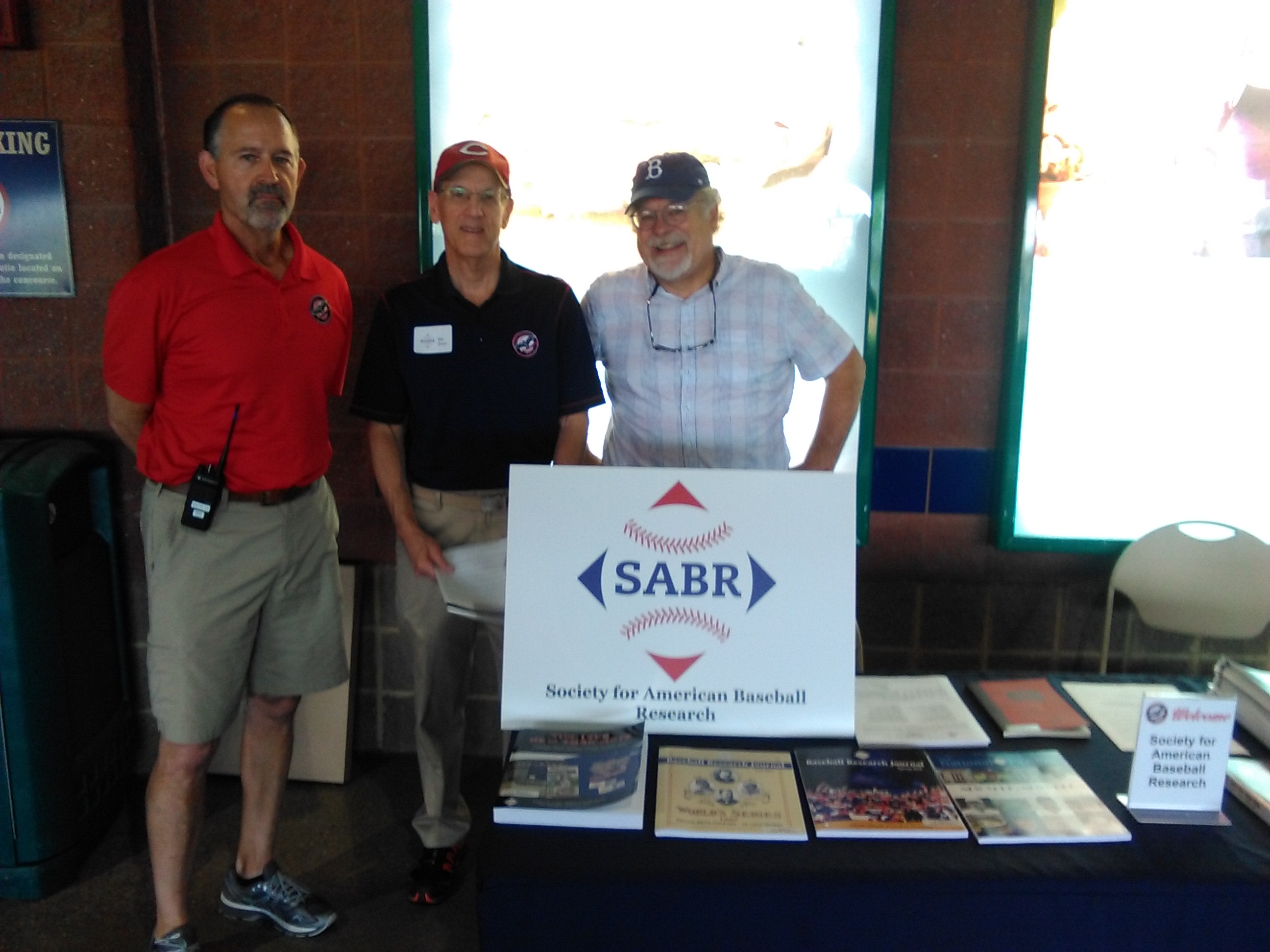 On July 28, the Pee Wee Reese SABR Chapter took part in the Louisville Bats celebration of the 100th anniversary for the birth of Pee Wee Reese (the real date of which was actually July 23). It was also part of a Louisville Colonels throwback weekend during which the Bats wore Colonels jerseys. As part of the festivities, the Bats gave away 2,000 mini-replicas of the statue of Reese that graces the Main Street entrance of the ballpark. 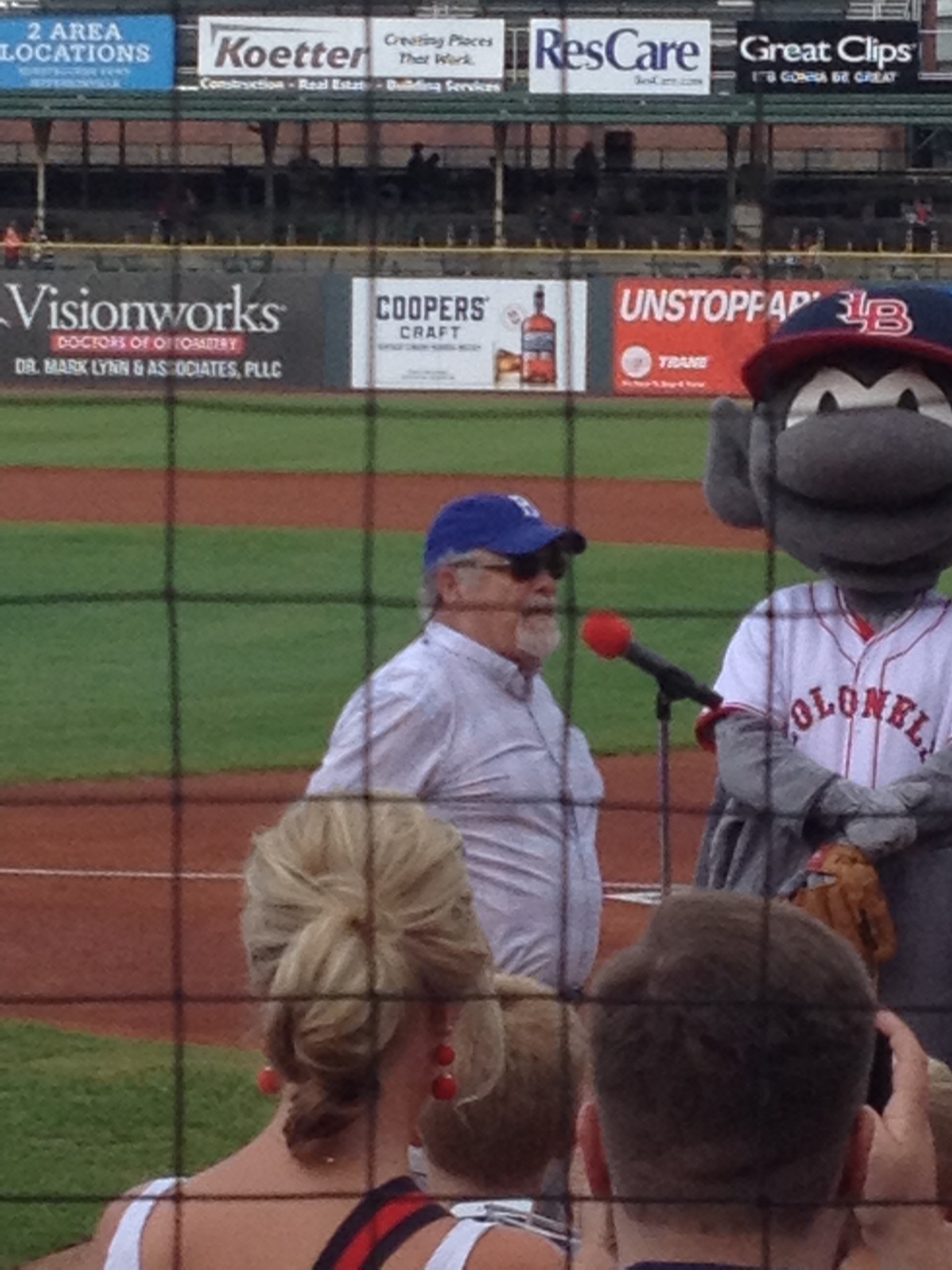 Prior to the Bats’ game with Rochester, SABR member Tad Myre was given the opportunity to briefly address the crowd from the field, and he introduced them to the benefits of SABR. Meanwhile, several local SABR members (Ken Draut, Andy Draut and Steve Rogers) were staffing a table on the concourse which displayed examples of SABR publications. Applications were also handed out to interested fans. Wisconsin SABR member Cory Ritterbusch was also on hand to assist. Cory had spent the week in Kentucky researching Reese.

Tad also arranged with a local company to donate its services to print several hundred high-quality color copies of the excellent Pee Wee Reese SABR biography that was penned by Rob Edelman. These were distributed at the SABR table, and they were much appreciated by the fans.

We are grateful to Bats senior Vice President Greg Galiette and Alex Mayer, Director of Media and Public relations, for giving the Chapter this opportunity to increase its exposure in the local baseball community. In addition, the Bats won 5-2! 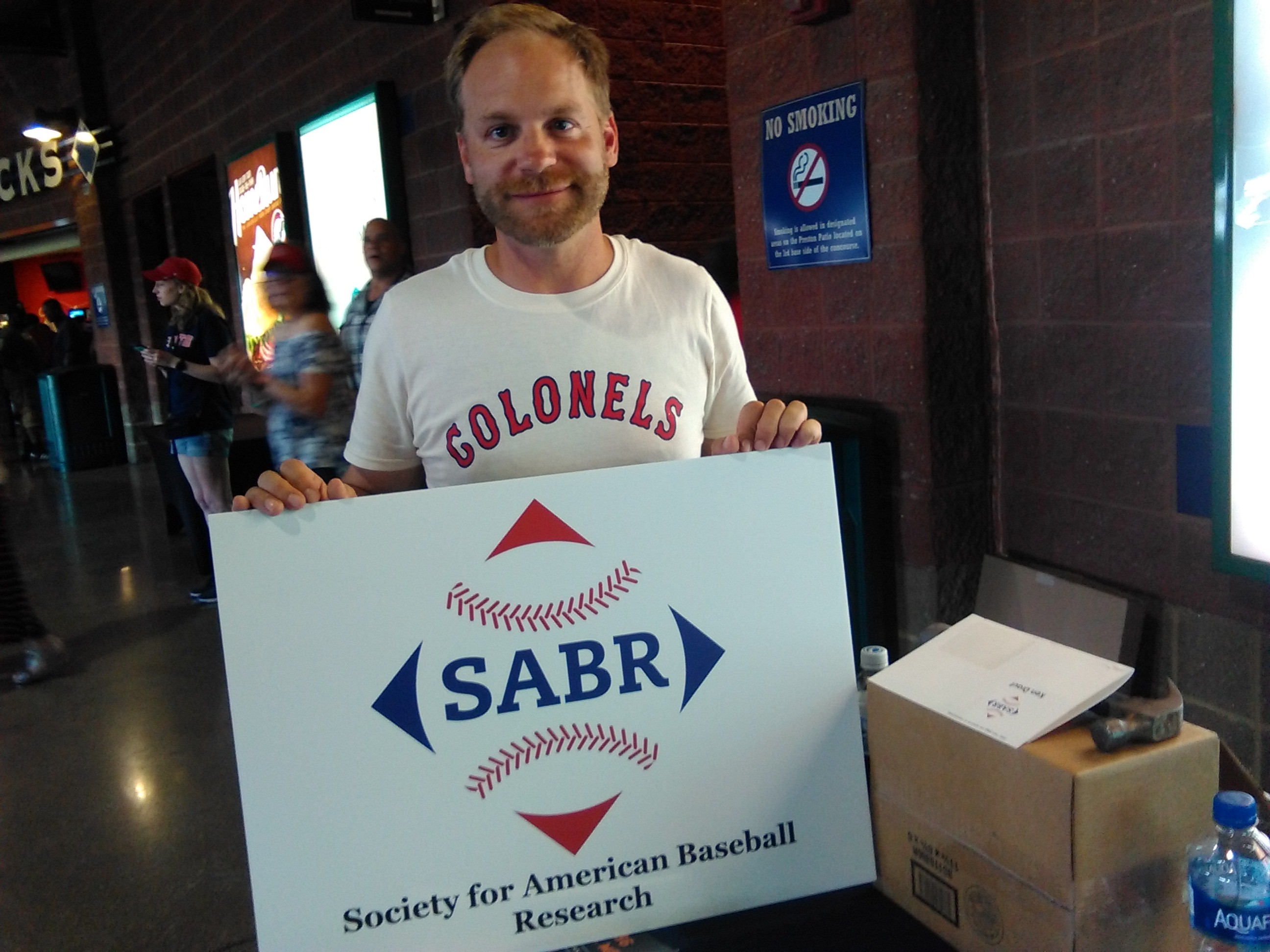