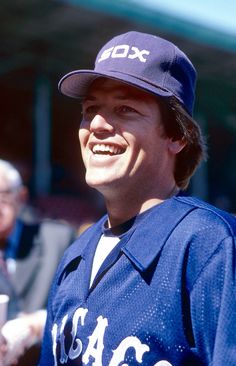 Beginning on March 18, 1981, Comiskey Park was the new ballpark where Carlton Fisk would work to hone his craft. The catcher known as “Pudge” signed on the dotted line of a five-year $3 million contract with the Chicago White Sox. It would seem unlikely that the Boston Red Sox, Fisk’s former team, would have let him test the free-agent market. The native New Englander, who was born in Raymond, Vermont, but grew up in New Hampshire, was the heart and soul of the Boston team. A fan favorite, Fisk won Rookie-of-the Year honors and won a Gold Glove in 1972 as well as being selected to the All-Star Game for seven seasons.

But Boston’s front office made a careless error when it offered Fisk a contract on December 22, 1980. The deadline was December 20 and, because of the club’s tardy overture, Fisk was free to test the open market. The dispute went to Raymond Goetz, an arbitrator, who ruled in favor of Fisk. “The decision was a sound one,” said Marvin Miller, executive director of the Major League Baseball Players Association. “As a matter of fact, there was absolutely no reason for there to have been such a case. If the club does not tender the proposed contract on time (December 20), the player is a free agent. The basic reasoning of the contract is clear and there is no argument. Why waste the time, energy, and money of everyone involved? It’s stupidity of the highest order.”1

Fisk was not the only player who left the Red Sox. Fred Lynn, Rick Burleson, and Butch Hobson were all dealt to California as the foundation of the pennant-winning club from 1975 was beginning to undergo a metamorphosis of some sort.

Fisk was not the only addition to the White Sox starting lineup in 1981. Outfielder Ron LeFlore, second baseman Tony Bernazard, and outfielder Greg Luzinski all came over from the National League.

Fisk missed a portion of spring training, but he was nonetheless ready to go when the new season dawned. Chicago’s lidlifter would be at Fenway Park, of all places. “I was definitely nervous,” said Fisk. “I didn’t really care what sort of reception I got, because I’m part of the opposition now.”3 Although he may have heard some jeering, those disgruntled fans were swallowed into loud cheers for one of New England’s favorite sons. Game stories report that the ovations Fisk received at the beginning of the game and when he stepped to the plate for his initial at-bat were the loudest of the day.

The starting pitchers were Chicago’s Britt Burns and Boston’s Dennis Eckersley. Burns, a left-handed hurler from Houston, Texas, was named The Sporting News American League Rookie Pitcher of the Year in 1980. He led the White Sox with a 15-13 record and a 2.84 ERA. He struck out 133 batters while walking 63 in 238 innings.

Eckersley led the Red Sox in wins for three years in a row after coming over from Cleveland in 1978. However, the 1980 season was not his best effort as Eckersley was 12-14 with a 4.28 ERA.

Both pitchers were outstanding in this game. Each posted zeroes across the scoreboard until the bottom of the fifth inning. Dwight Evans hit a fastball that Burns left over the plate for a home run in the fifth, which resulted in a multitude of Frisbees being flung from the bleachers onto the outfield. The Red Sox were selling the flying discs and the fans wanted to see how well they worked. Apparently they worked very well; the game had to be halted while groundskeepers removed them from the field. With one out in the seventh inning, the Red Sox’ Gary Allenson homered, a solo shot to right field. Burns was lifted when two men reached base. LaMarr Hoyt trudged to the center of the diamond and struck out Joe Rudi to halt the Red Sox rally.

In the top of the eighth inning, Chicago manager Tony LaRussa sent Bob Molinaro up to bat for Bill Almon. The strategy paid off as Molinaro worked Eckersley for a walk. LeFlore followed with a single to center field to put runners at first and second with no outs. Boston skipper Ralph Houk went to his bullpen, bringing in Bob Stanley to relieve Eckersley.

Mike Squires bunted to Stanley to move the runners up a base. Fisk was due up and took a slow stroll from the on-deck circle to home plate. He wasted no time, swinging at the first pitch from his former batterymate and sending it into the screen above the left-field wall. “Stanley has a heck of a sinker,” said Fisk. “And I looked for a pitch down and over the plate. When I hit it, I thought it was going to be off the wall. I was going for a double and when I got close to second base, I saw the umpire waving me around. It felt pretty good.”4

“I didn’t know he had that much loft in it,” said LeFlore. “I think it was really great for him to play in this ballpark and do what he did. They were booing him and then they gave him a standing ovation.”5

The White Sox tacked on two more runs in the top of the ninth inning to increase their lead to 5-2. Boston scored an unearned run in the bottom of the frame, but that was all they could muster and the final count was 5-3. With two men on, Ed Farmer came in and got Rudi to fly out to end the game. Hoyt was credited with the win in relief, while Farmer picked up the save. Stanley took the loss for the Red Sox.

“We got three good efforts by our staff today,” said Fisk. “Hoyt pitched extremely well until that trouble in the ninth. Ed Farmer is one tough competitor. When a situation like that arises there’s nobody on this club that I’d rather see out there. He rises to the occasion.”6

The 1981 season was interrupted by a players strike on June 12, forcing the cancellation of 38 percent of the season’s games. The season was split into two separate parts, but neither the White Sox nor the Red Sox were involved in the playoffs. For Fisk, he ended the year batting .263 in 96 games with 7 home runs and 45 RBIs.