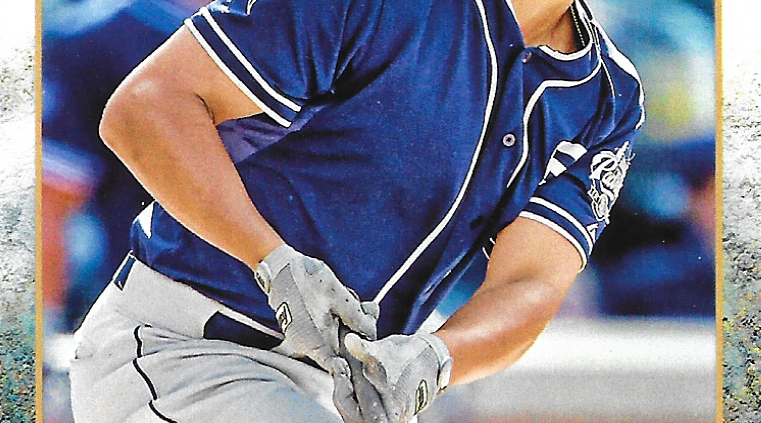 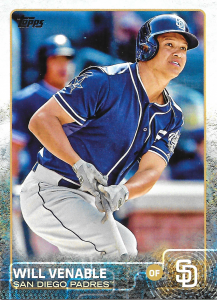 After losing home openers at both Arizona and Colorado on their season-opening six-game road trip, the San Diego Padres came home and pounced on the Atlanta Braves for 10 runs in the fourth inning en route to a 17-2 shellacking of the Braves in front of 42,843 in the Padres’ home opener on April 12, 2010.

All nine starters for the Padres managed at least one hit and scored at least one run while Will Venable and Kyle Blanks each came one hit short of hitting for the cycle. Blanks said of the team’s performance, “It definitely shows we were definitely on our game at the plate. … I believe every starter had a hit today. It’s nice to see that from everybody, and obviously it showed on the scoreboard. If every game could be like that, it’d definitely be a perfect world.” He added, “Today was just one of those special days that we put it all together.”1

The Padres opened the scoring off Braves pitcher Jair Jurrjens in the bottom of the second. Venable tripled down the right-field line and Nick Hundley drove him in with a weak grounder to third baseman Chipper Jones.

The Padres were up 1-0 heading into the bottom of the fourth when the wheels came off the bus for Jurrjens. Chase Headley opened the inning by hitting a double to center. Venable ripped a 2-and-2 line drive to center, sending Headley to third. With Hundley at the plate, Venable stole second. Hundley walked to load the bases. Tony Gwynn Jr. walked on four pitches, scoring Headley. Kevin Correia, who was pitching because of an injury to scheduled starter Chris Young, singled, scoring Venable and Hundley and making the score 4-0.

Leadoff hitter Everth Cabrera was safe on a fielder’s choice to second, scoring Gwynn Jr. David Eckstein flied out to right fielder Jason Heyward for the first out of the inning. Adrian Gonzalez stepped to the plate and drove the first pitch into the alley in left-center. It was a ground-rule double because of fan interference, scoring Correia and chasing Jurrjens with the score 6-0.

Jo-Jo Reyes came in to replace Jurrgens, but didn’t do much better. Kyle Blanks sent the 11th pitch of his at-bat deep into left field for a double, scoring Cabrera and Gonzalez to make the score 8-0. Chase Headley, batting for the second time in the inning, lined to deep right for a single, scoring Blanks, with Headley taking second on an error by catcher Brian McCann. Venable homered to right-center, scoring Headley ahead of him and making the score 11-0. Hundley followed with a walk before Reyes was able to strike out Gwynn and Correia to retire the side. In the inning, the Padres scored 10 runs on seven hits and an error, and left one on base.

The Padres scored three more in the fifth. After Eckstein and Gonzalez walked, Blanks sent a deep drive into the Padres bullpen in left field for a homer to make the score 14-0.

The Braves had a mini-rally of their own in the top of the sixth. Martin Prado lined a one-out single to right-center. After Chipper Jones struck out, Brian McCann singled to center with Prado going to third. Troy Glaus drove in the first Braves run with a single up the middle, scoring Prado with McCann stopping at second. Yunel Escobar walked to load the bases. A walk to Heyward forced McCann home to make the score 14-2. Edward Mujica relieved Correia and struck out Nate McLouth to retire the side for the Braves in the top of the sixth.

The Padres finished out the scoring by scoring three in the bottom of the seventh. With one out, Blanks singled to center, his third hit of the day. Scott Hairston, pinch-hitting for Mujica, singled to first. Venable grounded into a 6-4 fielder’s choice, sending Blanks to third and retiring Hairston at second. With runners on the corners, Hundley singled to right, scoring Blanks. Gwynn followed by lacing a double down the right-field line, sending Venable and Hundley home and sending Reyes to the shower. Jesse Chavez came in and struck out Jerry Hairston Jr. (Scott’s brother) to end the inning with the score San Diego 17, Atlanta 2.

Besides a single by Eckstein in the bottom of the eighth, Chavez struck out the other three batters he faced for a total of four strikeouts in the game.

Kevin Correia picked up the win for the Padres, pitching 5⅔ innings, giving up two earned runs on four hits, while walking four and striking out three. Edward Mujica pitched 1⅓ innings and Adam Russell pitched two innings with neither one surrendering a hit. Correia didn’t pitch that great a game, but when his team scored 17 runs, he didn’t need to.

Chavez was the bright spot on the pitching staff with his four strikeouts in 1⅓ innings pitched. “Today was just a bad day; I was horrible,” said Jurrjens. “Everything I threw up there was like a ‘hit-me’ ball, I guess – it was big, and everything was up. They’re professional hitters, a professional team, and they’re going to make me pay if I keep making mistakes like that.”2

Manager Bobby Cox said, “That’s the worst game I’ve ever seen him pitch.” Cox added, “He was off his mark and didn’t have control of his changeup.”3

The Padres improved to 3-4 in the young season, while the Braves dropped to 3-4.

In addition to the sources cited in the Notes, the author accessed Retrosheet.org, and Baseball-Reference.com for player and game information.