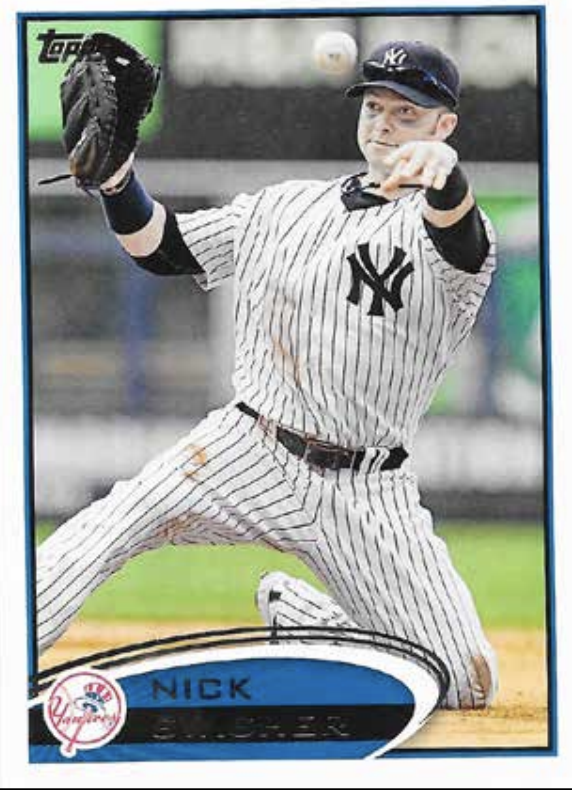 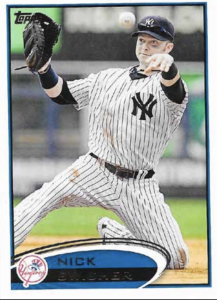 While fans lament the Red Sox collapse of 1978, their 2011 collapse was actually worse. The Sox entered September with a nine-game lead only to lose not only the division, but a wild-card berth as well in what was an epic final day of the 2011 season. There were reports that the Red Sox pitchers had been drinking beer and eating fried chicken in the clubhouse and dugout during games. It had appeared that skipper Terry Francona, who led the Red Sox to two World Series titles and helped break the “Curse of the Bambino,” had lost control of his players. The chicken and beer scandal led to the end of Francona’s tenure in Boston. The front office decided that the new Red Sox manager would need to restore order in the clubhouse, and that Bobby Valentine was the man to do just that.

The Red Sox began the 2012 season on the road, where they lost five of their first six games. It seemed that the friendly confines of Fenway Park could be the remedy as they won the first three of four games in their home opening series against the Tampa Bay Rays. After dropping the last game against the Rays, the Red Sox were then swept by the Texas Rangers and their hated rival Yankees came to town for a two-game series. The first game was the 100th anniversary of the opening of Fenway Park and resulted in another Red Sox loss. Red Sox fans could only hope for a different result in the second game.

After the the Yankees went down in the top of the first, the Red Sox’ bats heated up quickly against Freddy Garcia, starting with Ryan Sweeney reaching out across the plate to bloop a one-out double down the left-field line. After Garcia got Dustin Pedroia to hit a pop foul for the second out, Adrian Gonzalez just missed a home run; the ball bounced over the short fence in right field, scoring Sweeney and putting the Red Sox on the board. David Ortiz’s double to left scored Gonzalez, giving the Red Sox a 2-0 lead.

The Red Sox continued to hammer Garcia in the second, starting with a one-out single by Cody Ross, who took third on a double by Darnell McDonald off the left-field wall. Mike Aviles’s single scored Ross and sent McDonald to third. He scored on Sweeney’s sacrifice fly to right. After swiping second base, Aviles scored on an opposite-field single by Pedroia that ended Garcia’s afternoon. Gonzalez’s flyout to deep center field off reliever Clay Rapada ended the Boston threat with the home team leading 5-0.

Boston tacked on two more in the third. Ortiz led off with a single to right field. David Phelps replaced Rapada and hit Kevin Youkilis in the hip with his second pitch. Jarrod Saltalamacchia’s single to right loaded the bases with no outs. McDonald’s sacrifice fly scored Ortiz and Aviles’s single plated Youkilis, extending the Red Sox lead to 7-0.

Saltalamacchia led off the bottom of the fifth with a 420-foot double to the deepest part of Fenway Park in center field. Ross’s blast to center cleared the fence and made it 9-0, Red Sox.

Red Sox starter Felix Doubront kept the Yankees off the scoreboard for the first five innings and struck out Robinson Cano and Alex Rodriguez to start the sixth. Switch-hitting Mark Teixeira, looking for a fastball from Doubront, deposited a 2-and-1 offering into the seats above the left-field wall, putting the Yankees on the board, 9-1.

Valentine replaced an effective Doubront with reliever Vicente Padilla to start the top of the seventh. Andruw Jones struck out looking to lead off the seventh. Russell Martin hit an opposite-field bloop single to right. Eduardo Nuñez reached safely on a weak grounder to third. After Derek Jeter walked, Nick Swisher stepped to the plate with the bases loaded and none out. Swisher entered the 2012 season trying to shake off another poor postseason performance, and was off to a great 2012, which was the final year of his contract after the Yankees exercised their team option. “Last year was a super stressful season for me, man,” Swisher said. “I am not going to be stressed out like that this year. I’m going to have as much fun as I can and just enjoy it. This is such a great place to play. I’m just enjoying every minute of it.”1

Swisher continued with his hot start by smacking an opposite-field grand slam over the left-field wall, inching the Yankees closer at 9-5. Cano followed up with a double off the wall, ending Padilla’s afternoon. Off Matt Albers, Rodriguez hit a groundball to short that Aviles bobbled, giving the Yankees runners at the corners with none out and Teixeira stepping to the plate. Teixeira, who had homered from the right side of the plate off lefty Doubront in the previous inning, batted from the left side against the righty Albers. With a 2-and-2 count, Teixeira reached out and smacked an outside pitch over the wall for an opposite-field three-run homer, bringing the Yankees within one: 9-8.

After scoring seven in the seventh inning, the Yankees weren’t done beating up the Red Sox bullpen. In the eighth lefty Franklin Morales, who retired the Yankees in the seventh in relief of Albers, surrendered a leadoff single to Nuñez, putting the tying run on first. Valentine called on closer Alfredo Aceves for a six-out save. After walking Jeter, Aceves surrendered a sky-high double to Swisher that bounced off the center-field wall, scoring Nunez and Jeter, giving the Yankees a 10-9 lead and Swisher six RBIs for the game. After walking Cano intentionally and then walking Rodriguez to load the bases with none out, Aceves surrendered a line-drive double to Teixeira that bounced over the short wall in the right-field corner. Swisher and Cano scored, Rodriguez went to third, and the Yankees now led 12-9. Like Swisher, Teixeira also had six RBIs. After intentionally walking Curtis Granderson to load the bases again, Aceves was replaced by Justin Thomas. Valentine was met with a chorus of boos when he marched onto the field to lift Aceves; he responded by tipping his cap to the fans. He later said, “I’ve been booed in a couple of countries; a few different stadiums. I don’t want to be booed.”2

It took only two pitches to get two outs as Raul Ibañez hit into an unassisted double play at first base. But Martin sent the first pitch he saw from Thomas to the center-field wall for a double, scoring Rodriguez and Teixeira and extending the Yankees’ lead to 14-9. Jeter’s single off Junichi Tazawa plated Martin, giving the Yankees a 15-9 lead that would stand as the final score.

“You’re down 9-0 and Tex hits what looks like an innocent home run. Then we come back with back-to-back seven-run innings,” Yankees manager Joe Girardi said after the game “I don’t think I’ve ever been a part of that.”3

While it might not have gotten any worse than this particular game, the Red Sox did do plenty of losing in 2012, 93 games to be exact, and finished in last place. Valentine was fired after the last game of the season. The bad times would end quickly in Boston as they rebounded amazingly and won the 2013 World Series.

The Yankees won 95 games in 2012 and took first place in the AL East. They were swept by the Tigers in the ALCS.

In addition to the sources cited in the Notes, the author relied on Baseball-Reference.com and the MLB Video Channel on YouTube.