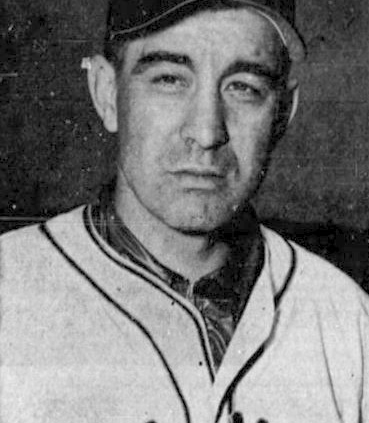 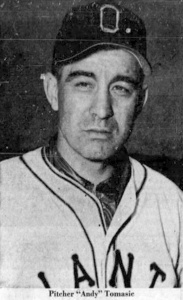 “We have jumped from the Class C Border League to Triple-A baseball and great days are ahead,” gushed T.P. “Tommy” Gorman as he delivered the news that the New York Giants were moving their International League affiliate from Jersey City to Ottawa for the 1951 season.1 The deal engineered by Gorman saw the Triple-A team remain under the ownership of their parent club, while the Ottawa Nationals, the Border League team Gorman owned, were moved to nearby Cornwall, Ontario.2 Gorman, who held exclusive rights to baseball at the only viable venue in Ottawa, wasn’t the only one compensated in the transaction.3 In return for giving up its largest market, the Border League was paid $10,000 by the New York Giants and the International League.4

The Jersey City club suffered a fate similar to what had befallen the Newark Bears the year before. Rather than attending minor-league games, New Jersey fans were watching an increasing number of Giants, Dodgers, and Yankees games on television from the comfort of their own homes, and as a result attendance plummeted. Ottawa, being well outside the range of New York City television stations, was an ideal landing spot for the Jersey City team.5 The Ottawa Nationals had drawn well in their four years of existence, and there was an expectation that attendance for Triple-A games would be considerably higher.6

The Giants’ home opener against the Springfield Cubs on Thursday, April 26, marked the first Triple-A game (or its equivalent) in the Canadian capital since the Ottawa Wanderers played the back end of the 1898 season in the Eastern League.7 The ceremonial first pitch, conducted by Mayor Grenville Goodwin and two Canadian Cabinet ministers, was unconventional by today’s standards. Lester B. Pearson, minister of external affairs, stepped into the batter’s box wielding a bat, while James G. Gardiner, minister of agriculture, stood behind home plate with a catcher’s mitt — but no mask. Goodwin delivered a pitch that Pearson, a future Canadian prime minister, smacked into foul territory behind first base.8

Veteran right-hander Andy Tomasic got the start for Ottawa. Tomasic had given up four runs over 7⅔ innings in the season opener at Springfield, although he was spared the loss when Ottawa rallied for three runs in the ninth for a 5-4 victory. Springfield handed the ball to Bill Padget, who had tossed a three-hit shutout against Ottawa six days earlier. The two teams came into the game tied for last place with 1-4 records. It was a sign of things to come, as the Giants and Cubs battled all season long to avoid the International League cellar.

Padget continued his dominance over the Giants in the early going, striking out the side in the second inning and retiring Billy Gardner on strikes to open the third. Shortstop Ziggy Jasinski halted Padget’s momentum by laying down a bunt single. After Jasinski stole second on a Tomasic strikeout, the Springfield right-hander suddenly lost his control. He issued two-out walks to Paul Mauldin and Bobby Hofman to load the bases, and on a 3-and-2 count he walked Marv Blaylock to force in Jasinski with the game’s first run. Stan Jok followed with a line-drive single into left-center field to score Mauldin and Hofman, which sent Padget for an early shower.

Ottawa extended the lead in the fifth inning off reliever Don Swartz. Shortstop Jack Wallaesa made a nice play to get to Mauldin’s grounder, but his wild throw to first went for two extra bases. After a walk to Blaylock, Jok jumped on the first pitch for a single to put the Giants up 4-0.

With two outs and the bases loaded in the top of the sixth inning, Cubs first baseman Fred Richards hit a ball toward center fielder Mauldin, who gambled on a shoestring catch — and lost. The ball rolled to the wall for a triple, clearing the bases and cutting Ottawa’s lead to 4-3.

In the top of the eighth inning, Springfield got the potential tying run as far as third base before Tomasic struck out Ted Sepkowski on three pitches to end the threat. Moments later, the Giants hurler, an .075 hitter with Jersey City the previous season, surprised everyone by leading off the bottom of the frame against Frank Lamanna with an opposite-field triple over the head of the right fielder. Tomasic scored an insurance run two batters later when Hofman singled into left field.

Springfield refused to go down without a fight in the ninth, loading the bases with one out. After retiring Johnny Liptak on a popup, Tomasic struck out Don Robertson to preserve the 5-3 victory and send the crowd of 7,469 fans home happy.

It wasn’t much longer before the strength (and weakness) of the Ottawa club became readily apparent. Giants pitchers reeled off a string of impressive performances early in the season. Red Hardy flirted with three no-hitters within a four-week span, and 27-year-old George Bamberger tossed a no-no on June 17 against the Maple Leafs in Toronto. Alex Konikowski went on to lead the league with a 2.59 ERA, anchoring a pitching staff that was one of the best in the International League. But the Giants had the worst offense in the circuit by a wide margin, and by the end of June they were buried in seventh place with a 30-42 record. By that point, they had already been shut out a whopping 16 times.9

Despite the mounting losses, the Giants’ home attendance was off to a promising start. “We’re gratified with the response of Ottawa fans,” said Ottawa general manager Charlie Stoneham.10 “This city has certainly fit the bill so far.”11 By the time the New York Giants came to town on July 9 for an exhibition game during the major-league All-Star break, both the local fans and the press were clamoring for the parent club to send reinforcements to address the team’s dreadful offense.12 Leo Durocher’s gang put on an entertaining exhibition in front of a record-breaking crowd.13 However, fans were none too pleased to read in the paper the next morning that two of their productive players were being transferred to New York’s other Triple-A team, the Minneapolis Millers. One of the players was Hofman, their offensive sparkplug.

Rumors began circulating by mid-July that the New York Giants were pulling out of Ottawa at the end of the season, although Charlie Stoneham denied it when asked. The truth came out when the sports editor of the Minneapolis Star and Tribune interviewed Horace Stoneham later that month. “Minneapolis is our best and most profitable minor league property,” the Giants owner declared.14 “We’ve got too many tie-ups, especially in Triple-A. We have fulfilled our obligations with Oakland, and from now on we are pulling in our horns. Our plan is to have only one Triple-A tie-up and that will be Minneapolis.”15

The New York Giants’ plan reflected an emerging trend with farm systems. Not only were the minor leagues in a period of decline, but organizations were gradually moving toward having only one farm team in each of the top two levels.16 In 1951 five of the 16 major-league organizations had two Triple-A teams. The following year, only the Dodgers and Cardinals had two, and by 1965, all major-league clubs had exactly one Triple-A and one Double-A affiliate.

News of the Stoneham interview reached Ottawa a few days later, and the parent club finally acknowledged that it was going to sell the Ottawa team, leaving the future of professional baseball in the city unclear. The situation remained that way for the rest of the year. To make matters worse, help for Ottawa’s struggling offense never materialized. Farm director Carl Hubbell admitted that the New York Giants hadn’t provided Ottawa with a very good ballclub. “Please don’t condemn us too harshly,” he pleaded. “We have roughly 90 players in the service and this has hurt our farm system.”17

Ottawa’s offense continued to flounder, with the club finishing the season with a feeble .229 team batting average and only 33 home runs — two fewer than the league leader, Baltimore’s Marv Rickert.18 Thanks to its stellar pitching, Ottawa finished with a 62-88 record, a half-game ahead of the last-place Springfield Cubs. Although the mood of the fans soured late in the season, attendance was still a respectable 117,411, nearly twice the figure drawn by a winning club in Jersey City the previous season.

The fate of the Ottawa Giants was finally resolved on January 23, 1952, when the Philadelphia Athletics purchased the team and kept it in Ottawa. Despite fielding second-division clubs in 1952 and 1953, the Ottawa A’s drew significantly more fans than the Giants did in 1951. But after the team lost 96 games in a disastrous 1954 season, attendance dropped precipitously, and with a ban on Sunday baseball still in place, the team was sold by the Kansas City Athletics in December and moved to Columbus, Ohio.19 It was another 39 years before Triple-A baseball returned to Ottawa.

2 The loss of Ottawa contributed to the Border League’s demise just a few months later. Tommy Gorman withdrew his support for the Cornwall team in June of 1951, and the Geneva club suspended operations shortly thereafter. Watertown and Auburn withdrew from the league on July 1. The Border League officially suspended operations on July 15, 1951. “Border Loop First to Fold This Season,” The Sporting News, July 25, 1951: 33.

3 Tommy Gorman held a five-year lease with the Central Canada Exhibition Association giving him exclusive use of Lansdowne Park for baseball. The lease was extended to eight years when New York moved its Jersey City team to Ottawa. “Hitch Develops in Triple-A Parleys,” Ottawa Citizen, December 2, 1950: 21.

6 The Ottawa Nationals of the Class C Border League drew 97,091 fans in 1950. By comparison, attendance for the Triple-A Jersey City Giants was only 63,191 that season.

7 After the Rochester Patriots went bankrupt in mid-July of 1898, an Ottawa group provided funding and moved the team there for the remainder of the season. The Eastern League gave rise to the International League in 1912.

10 Charlie Stoneham (Charles A. Stoneham) was the cousin of New York Giants owner Horace Stoneham. He claimed that 87,000 fans attended Ottawa’s first 30 home dates, a figure that was likely inflated.

12 The exhibition game between the New York Giants and Ottawa Giants was part of the agreement engineered by Tommy Gorman in the fall of 1950 to move the Jersey City team to Ottawa. Leo Durocher had approved the trip to Ottawa before the deal was completed. Despite having lost the previous afternoon at the Polo Grounds, Durocher played most of his regulars in the exhibition game. They were eight games behind the Brooklyn Dodgers in the pennant race at the time.

15 The obligations that Horace Stoneham was likely referring to were the provision of additional players to the Oakland Oaks of the Pacific Coast League as part of the deal that netted them Artie Wilson, Ray Noble, and Al Gettel on October 11, 1950.

17 Carl Hubbell’s claim that military service was the reason for not supplying Ottawa with quality players was questionable. A 19-year-old Willie Mays was assigned to Minneapolis to start the 1951 season, and the Millers went on to lead the American Association in offense. A review of the player transfers between their two Triple-A teams in 1951 shows that the New York Giants were much more interested in fielding a competitive team in Minneapolis than in Ottawa.

18 Lansdowne Park’s spacious power alleys did cut into the team’s home-run total. However, the park was a reasonable 325 feet down the right- and left-field lines in 1951. “International League,” The Sporting News, April 25, 1951: 26.

19 The Ottawa A’s were the only team in the International League that were unable to host Sunday ballgames. This forced them to regularly play Saturday home games in the afternoon and travel overnight to play Sunday doubleheaders on the road. Arnold Johnson purchased the Philadelphia Athletics in November of 1954, and so the Ottawa team was briefly owned by the Kansas City Athletics.