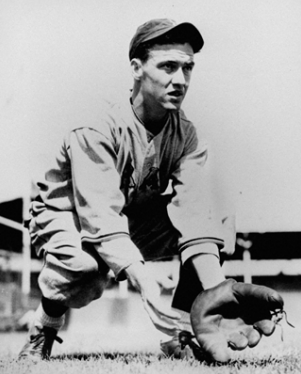 The Pittsburgh Pirates began the 1938 season on a hot streak. They swept a three-game series over both the St. Louis Cardinals and the Cincinnati Reds. The Bucs were finding some “late-inning magic” to pull out a few of those games. In the season opener on April 19 at Sportsman’s Park, Pittsburgh scored two runs on the strength of a clutch two-run, ninth-inning homer by Arky Vaughan to win, 4-3. Two days later the Pirates broke a 4-4 tie and again scored two runs in the top of the ninth inning to win, 6-5.

The Pirates opened the home portion of their schedule against Cincinnati. In the third game of the series, on April 24, Paul Waner singled home Ray Berres with two out in the bottom of the eighth inning to provide a 2-1 lead. That ended up being the final score as the Pirates won their sixth straight game.

The Chicago Cubs invaded Forbes Field next, and the Pirates edged the Cubs 8-6 when they scored four runs in the bottom of the eighth inning. Vaughan again came through, with a bases-loaded single that plated two runs. Gus Suhr and Bill Brubaker also knocked in a run in the inning. Pittsburgh finally lost in the second game of the series with the Cubs, as Chicago scored two runs in the top of the 10th inning and won, 5-3.

The Cubs entered the game on April 27 game against the Pirates with a 5-3 mark. Like the Pirates, the Cubs also opened their schedule against Cincinnati and St. Louis, winning two out of three games in each series. The starting pitchers were southpaw Larry French for Chicago (1-0, 0.00 ERA) and righty Cy Blanton for the Pirates (1-0, 1.32 ERA). French, a former Pirates hurler, had shut out the Cardinals in his first start of the season, on April 23. He scattered four hits and struck out four in the 4-0 Cubs win. Blanton had a victory on that same day as the Pirates beat the Reds, 6-2. Blanton went the distance, striking out three and giving up two runs, one earned.

Through the first three innings, both pitchers found little resistance from the opponent’s batting order. But in the top of the fourth inning, the Cubs struck first. With two down, Joe Marty walloped the first pitch from Blanton so hard that it cleared the scoreboard in left field. Chicago was not finished, as Augie Galan singled and stole second base. Tony Lazzeri followed with a free pass. Pirates backstop Al Todd rifled a quick throw in an attempt to erase Galan, who had loitered far off the second-base bag. But with no middle infielder to retrieve the baseball, it sailed into center field and Galan took third base. Galan crossed home plate with the Cubs’ second tally after Ken O’Dea singled to right field.

The Cubs added a run in the top of the fifth inning when Stan Hack tripled to left-center field. Billy Herman flied out to right field, but it was not deep enough for Hack to attempt to score. Ripper Collins took care of that with a single to right field to make the score 3-0 in favor of the North Siders. In five innings of work, Blanton gave up three earned runs and he struck out two.

That was the end of the day for Blanton. He was removed for a pinch-hitter and right-hander Mace Brown entered the game in the sixth inning. But the change of hurlers did not seem to matter to the Cubs. With two outs, Lazzeri walked and O’Dea singled to right field. French ambled to the plate and sent a pop fly just beyond second baseman Pep Young. Neither Young nor right fielder Paul Waner could nab it, and Lazzeri raced home with the Cubs’ fourth run.

The score remained 4-0 until the bottom of the seventh inning. Brubaker led off with a walk and went to third base on Young’s single to left field. Johnny Dickshot pinch-hit for Brown, and lifted a fly ball to center field that scored Brubaker. Woody Jensen singled to right and Young moved to second. Both runners moved up a base when Paul Waner grounded out to first baseman Collins. Johnny Rizzo walked to load the bases.

Vaughan stepped to the plate and smashed the baseball on a line to right field. It kept rising until it cleared the screen and landed in the right-field extension in the upper deck. The Pirates grabbed the lead, 5-4 on Vaughan’s tremendous clout. “French just gave me a good pitch and I hit it right,” said Vaughan.1

The Pirates added an insurance run in the bottom of the eighth. Cubs right-handed reliever Charlie Root made his way to the mound. With one out, Root walked Brubaker. He stole second base when Young struck out. Bob Klinger, who had relieved Mace Brown in the top of the frame, singled. The detail of Klinger’s hit was described in the Chicago Tribune: “Klinger bounced one straight at (shortstop) Lazzeri who let the ball roll up one arm, around his neck and down the other wing. It was a good act, but the ex-Yankee really didn’t know where the ball was at. By the time he located it, Brubaker had scored from second. Klinger was credited with an undeserved hit.”2 As it turned out, they would need the extra cushion.

Hack led off the ninth and hit a smash that went right through Vaughan’s glove at short. As Jensen in center and Rizzo in left field gave chase, Hack motored around the bags. Jensen then booted the ball and Hack checked into third base with no outs. Billy Herman doubled him home. Collins followed with a bunt attempt, but Todd jumped on the ball and fired it to third. Brubaker applied the tag on Herman for the first out. Frank Demaree ended any further drama as he bounced into a 6-4-3 double play.

The win put the New York Giants and the Pirates into a first-place tie. But in the end, it was the Cubs who got the last laugh. On September 25, the Pirates had a two-game lead over the second-place Cubs. But they faltered down the stretch, losing six of seven games. Included in the Pirates downturn was a three-game series at Wrigley Field. The Cubs won all three games to pull ahead and eventually win the NL pennant.