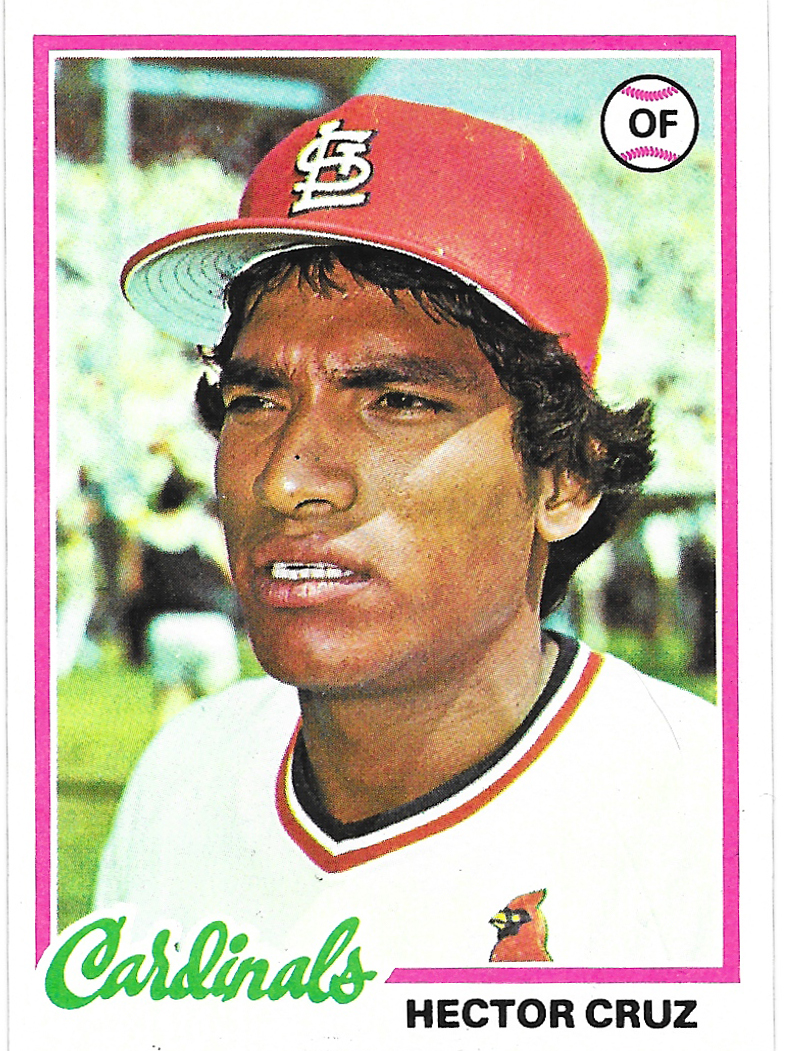 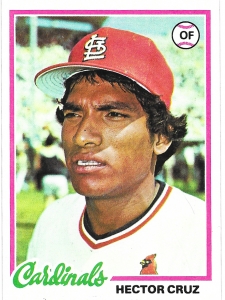 It was a short day’s work for Hector “Heity” Cruz on April 27, 1977, but he got a lot done as one of the offensive stars for the St. Louis Cardinals in their 21-3 rout of the Chicago Cubs. Cruz’s accomplishments in only six innings included three hits and two walks in five plate appearances, three runs scored, and four RBIs; and then manager Vern Rapp gave him the rest of the day off.

However, it was a day that Cubs pitchers, as well as the 9,248 fans in Wrigley Field, would just as soon have forgotten, as the hurlers were battered by a Cardinals lineup that banged out 19 hits. Also, the Cubs played a sloppy game that included eight walks, five errors, a hit batsman, and a passed ball. Perhaps the pitchers’ only consolation was that the high-scoring game took only a little over 2½ hours to complete.

The Cardinals hadn’t scored this many runs in a game since August 2, 1948, when they walloped the New York Giants at the Polo Grounds, 21-5. In that contest, the Cardinals feasted on home runs by Stan Musial, Marty Marion, Erv Dusak, and Whitey Kurowski, while Del Wilber drove in five runs.

The current Cardinals assault consisted of only one home run, but featured six doubles off four Cubs pitchers. Five errors by the home team also contributed to the debacle.

The Cardinals were .008 percentage points behind Pittsburgh for first place in the NL East Division. They had just suffered a three-game losing streak while the Cubs were riding a three-game winning streak that included a 4-1 win over the Cardinals the day before.

Cubs manager Herman Franks gave the starting assignment to rookie right-hander Mike Krukow, who had failed to get past five innings in his first three starts of the season. Coming into the game he had posted a whopping 13.03 ERA.

On the other hand, Cardinals starting pitcher John Denny had been unbeaten in his first four starts of the season. He was the first National League pitcher to attain four wins and held a 2.81 ERA. He appeared to be on his way to another fine season, after leading the National League in ERA the year before. It had earned him a new three-year contract worth over $300,000.1

The Cardinals led off the game with singles by Lou Brock and Garry Templeton. After walks to Bake McBride and Cruz, Franks sent the struggling Krukow to an early shower and replaced him with another rookie, Willie Hernandez. Ted Simmons singled to center field, scoring Templeton and McBride, while Cruz was also able to score on the play from an error by center fielder Jerry Morales. The Cardinals batted around in the inning.

Hernandez ran into his own trouble in the second inning. Doubles by Templeton and Cruz yielded another run, and then a single by Keith Hernandez scored Cruz and increased the Cardinals’ lead to 6-0.

Burly right-hander Paul Reuschel seemed to get things under control for Cubs pitchers as he gave up only one single to the seven batters he faced in the third and fourth innings. In the meantime, the Cubs got a run on the board when Jose Cardenal hit a solo home run off Denny in the third inning.

Jim Todd replaced Reuschel to start the fifth inning, and the Cardinals’ onslaught continued over the next two innings. With the bases loaded, Brock singled in two runs. Templeton recorded his second double of the game, which scored a run. With the bases full again, Cruz’s walk produced an easy run. The Cardinals piled on three more scores on Simmons’s single with the bases loaded and an error by shortstop Ivan de Jesus on the play. Keith Hernandez’s single scored Simmons for the Cardinals’ eighth run of the inning making the score 14-1. The Cardinals sent 12 batters to the plate during the process.

After the Cubs scored their second run of the game in the bottom of the fifth, the Cardinals notched two more against Todd in the next inning. The 10 runs scored against Todd accounted for the worst outing of his career. His troubles would continue a month later when he gave up six runs in only two-thirds of an inning. He finished the season with a 9.10 ERA.

Denny gave up his third run in the bottom of the sixth and then pitched two more innings before yielding to reliever Clay Carroll. After the game, Denny admitted to a lack of focus, which resulted in 10 hits and four walks allowed in eight innings. “I started getting lackadaisical. It was all I could do to stay in the game. I was thinking more about the lead than about my pitching.”2

Mike Anderson’s first home run of the year was the highlight of the five runs scored by the Cardinals in the last two innings of the game, while two of the runs were attributed to Cubs errors.

Denny’s record went to 5-0 as part of a string of winning his first seven decisions. He was the beneficiary of 54 runs scored by Cardinals hitters in his five starts. But then the 24-year-old lost eight consecutive decisions before finishing 8-8 for the season. Denny would win the Cy Young Award with the Philadelphia Phillies in 1983.

Cruz raised his batting average by 50 points from his day’s production. Other Cardinals who contributed to the offensive attack were Simmons with four RBIs, Templeton with three hits and five runs scored, and Keith Hernandez with three hits and two RBIs. Every Cardinals player in the starting lineup except Hernandez scored at least one run. Simmons commented about the Cardinals’ hitting barrage: “On days like this, you could try not to get a hit and still get a hit. When you score 21 runs, it’s unconscious.”3

Cardinals third-base coach Jack Krol joked about his busy day. “I lubricated my left arm after each inning. That’s my waving arm. I stop ’em with my right arm.”4  But there wouldn’t be too many situations that day where he was holding up baserunners.

Willie Hernandez gave up his first two runs of season in only his fifth major-league game. He wound up appearing in 67 games in 1977. The left-hander developed into a top-notch reliever over 13 seasons. While playing for the Detroit Tigers in 1984, he had the rare accomplishment of winning both the Cy Young Award and MVP honors.

Rookie pitcher Krukow offered his assessment of his abbreviated outing: “Those walks hurt me – those darn walks. Well, who ever said it would be easy pitching in the big leagues?”5 Franks felt sorry for his young pitcher: “Those two lousy groundball hits got the kid into all that trouble.” It’s just too bad he got off to that start. Or who knows what he might do?”6 Despite his early-season struggles, Krukow managed to stick with the big-league club for the entire season. He compiled an 8-14 record and 4.40 ERA in 33 starts.

Franks best summed up the game from the Cubs’ perspective: “We got the hell beat out of us. Everything went wrong today, but it’s not the end of the world. I never saw runs go up on the board like that.”7