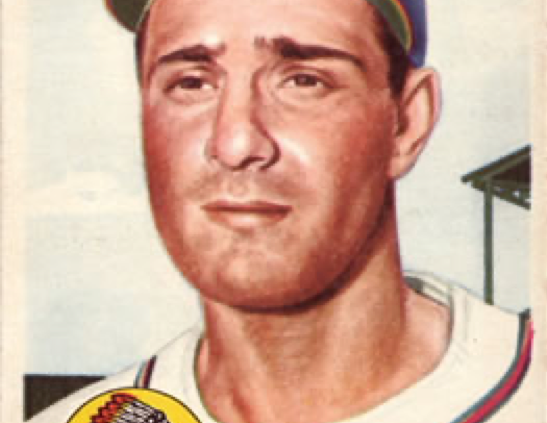 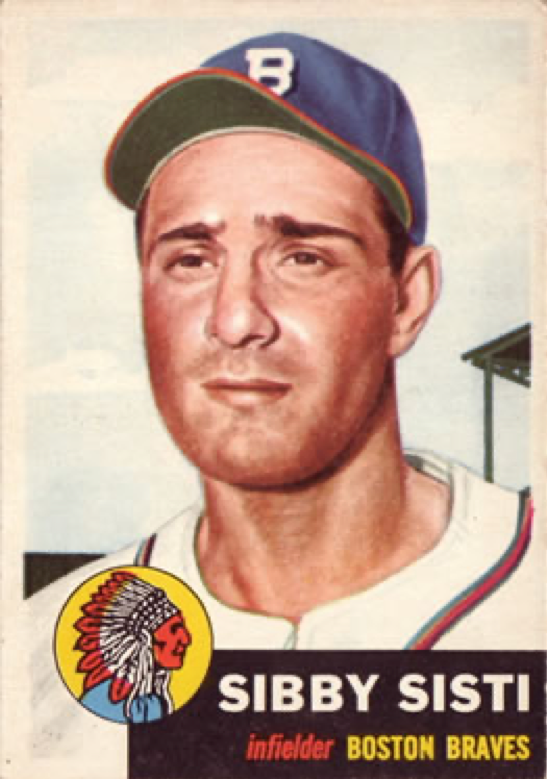 Vermont is one of the least-represented states on Baseball-Reference’s state-by-state register of minor-league and independent teams. At the end of the 2020 season, the Green Mountain State had hosted just 62 professional teams, trailing only Alaska, Wyoming, and Hawaii among US states.1

You can imagine, then, that the arrival of a new pro team in Vermont would be a major event. And so it was in the spring of 1955, when Burlington, the state’s largest city, welcomed its first minor-league team with great fanfare and celebrated Opening Day with a dramatic victory.

Vermont entered the 1950s with precious little in the way of minor-league history. A four-team Class D circuit called the Twin States League placed teams in Bellows Falls and Brattleboro for a single year, 1911. Montpelier and Rutland fielded squads in a similar one-year loop in 1924, the Class B Quebec-Ontario-Vermont League. Burlington had last hosted an independent professional team in 1906. An amateur collegiate league, the Northern League, fielded a team in the city as recently as 1952. The loop folded and the team, the Burlington Cardinals, left behind $4,000 in debt.2

Enter the Provincial League, a Quebec-based Class C professional circuit3 looking to make some changes in the 1954-55 offseason. League President Albert Molini wanted to expand into the United States, with a vision of an eight-team league split evenly between the two countries.4 The Kansas City Athletics, freshly departed from Philadelphia, were cleaning house as well. The A’s sought a new home for their Drummondville, Quebec, team, after losing money there in 1954.5

Burlington officials hoped to land a Boston Red Sox farm club but were willing to do business with others. On December 1 Vermont newspapers trumpeted the confirmation from Molini: The Athletics’ Provincial League team would move from Drummondville to Burlington in 1955.6 The papers noted that Burlington would receive a competitive team, as Drummondville reached the final round of league playoffs in 1954 under the leadership of first baseman-manager Hank Biasatti.7 The University of Vermont’s trustees cleared the way for the move by allowing the use of the school’s Centennial Field for select dates in May, during the school year.8

Biasatti never made it to Vermont; instead, he took the reins of Kansas City’s Class B affiliate in Lancaster, Pennsylvania, in 1955. The Burlington managing job went to a first-time skipper, 31-year-old Vincent Plumbo, a minor-league veteran who doubled as the starting catcher. Plumbo held low-level managing jobs in Kansas City’s system through the 1958 season.

Rain in late April put the team’s home opener at risk, while hard work behind the scenes imperiled the health of its organizers. On April 27 the Burlington Free Press reported that the club president, Dr. Clarence Beecher, suffered a “nervous relapse” from fatigue and overwork, and was resting in a hospital.9 But on Opening Day, Saturday, April 30, the sun shone brightly on Centennial Field and Beecher was on hand with 2,500 others to watch his prize project become a reality.10 The Athletics’ arrival made Burlington the only city in New England to host affiliated minor-league ball in 1955.11

The Burlington club fielded two players who went on to the big leagues — pitcher Bob Davis12 and first baseman Bill Kern — neither of whom played on Opening Day.13 The visiting Quebec Braves, a Milwaukee farm team, had no future big leaguers on their roster, though former major leaguer Sibby Sisti served as third baseman-manager at age 34. The six-team Provincial League was not a hotbed of major-league talent, though a few well-known names lurked in its ranks. Gary Bell, remembered as Jim Bouton’s wisecracking roommate in Ball Four, pitched nine games as an 18-year-old for the Sherbrooke Indians. And outfielder Sweet Lou Johnson, a World Series hero for the Dodgers a decade later, appeared in four games for the St. Jean Canadians, a Pittsburgh Pirates farm team.

After speeches, a parade of US Marines, music from a high-school band, and a ceremonial handshake between Plumbo, Sisti, and Vermont Governor Joseph Johnson, the Braves and Athletics got down to work. Burlington scored an immediate run in the first off Quebec’s Ed Bazydlo,14 a thickset 5-foot-9 right-hander. Center fielder and leadoff batter Jim Fitzgerald worked a walk and second baseman Ken Hartman reached when Quebec second sacker Mike Fandozzi misplayed his groundball. Groundouts to first by left fielder Carl Chianese and first baseman Ed Morris brought Fitzgerald around and made the score 1-0.15

Quebec rebounded to take a 2-1 lead in the fourth inning off Burlington starter Bill Philyaw, a 6-foot-2 righty playing his second season in pro ball.16 Sisti started the inning with a single. Center fielder Rufus Johnson reached when Morris muffed his pop fly. Singles by left fielder Carl Hrovatic and right fielder Bill Robertson drove in Sisti and Johnson. But a baserunning error squelched the rally: Hrovatic failed to tag up on an apparent sacrifice fly to center by first baseman Jim Holstein17 and was ruled out. Philyaw struck out catcher Ron Lacey to end the inning.18

Burlington loaded the bases in the sixth on a walk, a fielder’s choice, a single, and another walk. With catcher-manager Plumbo at the plate, Bazydlo threw a wild pitch that brought home the tying run for the Athletics. The home team, however, could make nothing more of the rally.19

Burlington broke the game open in the next inning. Pitcher Philyaw opened with a single to center. Fitzgerald and Hartman followed with two attempted sacrifices. On both bunts, the Braves tried to throw out the lead runner, and both times they failed. With the bases loaded and none out, Chianese lined a pitch back through the box to drive in one run and make the score 3-2. Bazydlo tried to slip a slow changeup past Morris, but the Burlington first baseman drove it 360 feet over the temporary right-field fence for a grand slam, giving the A’s a commanding 7-2 lead.20

Reliever Roger Clapp replaced Bazydlo and shut out the home team the rest of the way, but the Athletics had all the runs they needed. Quebec rallied in the eighth with two walks and an infield hit, but Burlington turned a double play to end the rally.21 Philyaw went the distance for the win, scattering nine hits and three walks and striking out two. Bazydlo took the loss, surrendering seven hits and five walks in six-plus innings while striking out three.

The A’s played competent baseball over the course of the season, finishing in third place at 65-64, 20½ games behind first-place St. Jean.22 In the league playoffs, the Athletics beat St. Jean in the first round before falling to Quebec in the finals.23 Offseason news stories indicated that the team’s finances were solid, and officials expected to continue in 1956. Burlington Mayor J. Edward Moran even declared April 9-14, 1956, “Baseball Week” in the city to drum up support for the season ahead.24

Unfortunately, many other Provincial League teams stood on shaky financial ground, with a rotating cast of cities reported to be in or out of the league during the offseason. On April 16 new league President George McDonald25 announced that the league would not play in 1956 because two of its remaining five teams had dropped out.26 This set off a spin of events in Burlington: Local baseball leaders blasted McDonald, while the city Light Department and team officials wrangled over $1,400 in electricity charges for the floodlights at Centennial Field.27 In the meantime, the Kansas City affiliation formerly held by Burlington moved more than 2,300 miles west to Pocatello, Idaho, for 1956.28 It was a disappointing end to what seemed like a bright new beginning just a year earlier.

Burlington — and Vermont — went without minor-league baseball until 1984, when the Vermont Reds kicked off five years of participation in the Double-A Eastern League.29 Then, from 1994 through 2019, Burlington served as a reliable host city for teams in the Class A short-season New York-Penn League. As of 2020, the venerable New York-Penn’s future was in serious doubt as Major League Baseball looked to trim its minor-league operations. After 25 years hosting affiliated teams, Vermont’s Queen City might be back at the baseball crossroads once again.

Neither Baseball-Reference nor Retrosheet provides box scores of minor-league games, but the May 1, 1955, edition of the Burlington (Vermont) Free Press published a box score.

Image of 1953 Topps card #153 downloaded from the Trading Card Database.

1 At the end of the 2020 season, Alaska had hosted no professional teams, Wyoming 12 teams, and Hawaii 47, according to Baseball-Reference. By comparison, 2,180 minor-league or independent teams had called New York State home, and another 2,168 had been based in Florida.

5 Art Morrow, “Athletics Not as Futile as They’ve Been Pictured,” The Sporting News, November 17, 1954: 5. The article reported that Philadelphia’s farm team in Savannah, Georgia, was the organization’s only minor-league outpost to make money in 1954.

11 According to Baseball-Reference’s list of 1955 minor-league affiliate teams, accessed November 22, 2020. Vermont newspapers also made regular mention of this in 1955 and early 1956.

13 In June the team added a former big leaguer and local legend to its roster. Ralph LaPointe grew up in nearby Winooski, Vermont, and starred at the University of Vermont before reaching the big leagues with the Phillies and Cardinals in 1947-48. LaPointe came out of a three-year retirement to play infield for the 1955 Burlington team, support manager Plumbo as a coach, and contribute some name recognition.

14 Baseball-Reference calls him Angie Bazydlo, but notes that his full name was Edward Thomas A. Bazydlo. News reports from 1955 call him Ed. A news story about the game describes Bazydlo as “last year’s leading Provincial League moundsman,” but Baseball-Reference has no record of him pitching professionally in 1954. He went 10-7 with the 1952 Quebec Braves.

17 Like Biasatti, Holstein was also a pro basketball player, earning honorable mention All-American status in college and winning two championships with the Minneapolis Lakers in the early years of the NBA. He later coached high-school and college basketball. The 1955 campaign was his only recorded season of minor-league baseball. See Rick Cassano, “Butler County Athletic Standout Dies at Age 77,” Journal News (Hamilton, Ohio), December 20, 2007: B3.

20 Marcotte. News stories noted that the fences at Centennial Field were temporary and could be removed to make way for University of Vermont track meets.

26 Walt Hickey, “Provincial League’s Status Hangs in Air After Conflicting Reports,” Burlington Free Press, April 17, 1956: 12. McDonald’s announcement set off a day or two of last-minute meetings and efforts to save the league; they came to nothing.

29 The Reds became the Vermont Mariners for their final season in the Eastern League, 1988.