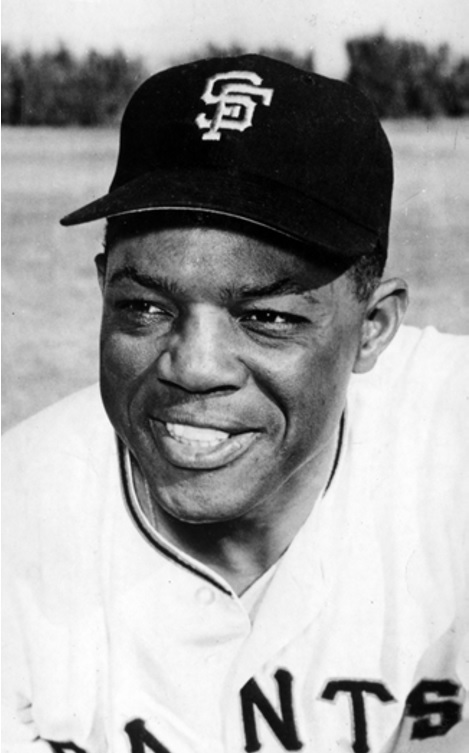 was barely three weeks old the day 29-year-old Willie Mays produced perhaps the greatest offensive performance of his legendary career. Led by Mays, the San Francisco Giants came to Milwaukee for a three-game series with the hometown Braves. Just a year away from the World Series, the Giants were a team on the rise. Besides Mays they boasted future Hall of Fame batters Orlando Cepeda and Willie McCovey, as well as pitcher Juan Marichal, also destined for enshrinement at Cooperstown. For their part, the Braves featured their own future Hall of Famers: Hank Aaron, Eddie Mathews, and Warren Spahn. In this, the two teams’ first series of the season, the stars of both squads were about to put on an awesome and thrilling display.

The Giants entered the series in first place, one game ahead of the third-place Braves. However, in the first game, on Friday night, April 28, the Braves defeated the Giants behind the seemingly ageless Warren Spahn. Just seven months earlier, on September 16, 1960, the 39-year-old Spahn had tossed his first career no-hitter, blanking the Phillies, 4-0, in Milwaukee. Now, just past his 40th birthday, Spahn threw his second no-hit gem, giving the Braves a 1-0 victory. It was the 290th win of his illustrious career.

The next afternoon offense ruled the day, and this time the Giants’ bats were potent, as the team collected 15 hits in support of their ace, Marichal. As Marichal allowed three runs and eight hits in a complete-game win, the Giants blasted five home runs off Braves starter Bob Buhl and two relievers, and crushed the Braves, 7-3. The next day would be the series tiebreaker — and Mays would take center stage.

On Sunday, April 30, a crowd1 of 13,114 was on hand to witness the historic performance. Milwaukee’s starting pitcher was Lew Burdette. With 140 wins for the Braves, the right-handed Burdette was a mainstay in the rotation, a fierce and talented competitor. Today, however, was not to be his day. To open the game, Giants leadoff hitter Chuck Hiller singled, but was quickly erased on a double play. That brought Mays to the plate. Over the first two games of the series, Mays had gone 0-for-7, leaving him with a .291 batting average for the young season; he’d hit two home runs and driven in six. While those numbers might have been acceptable after 15 games for a mortal player, for Mays it constituted a slow start. Indeed, after the game Mays claimed that he’d been in a slump. “I couldn’t hit the ball hard before,” he said. “But before today’s game I had an idea I was going to snap out of it. I was about due to do something.”2

Indeed, he was. Burdette threw a fastball, and Mays drilled it 420 feet to deep center field, where it cleared the fence, staking the Giants to a 1-0 lead. As it turned out, Mays was just getting started.

Pitching for the Giants was veteran right-hander Billy Loes. Loes was the perfect hurler to face the Braves. In 12 previous decisions versus Milwaukee, he was 11-1; his only defeat had come in 1953. Early on, however, it appeared Loes might be in store for his second loss to the Braves. In the bottom of the first, with one out and two men on, Hank Aaron drilled a home run to put Milwaukee ahead, 3-1. Yet, using a very effective changeup, Loes recorded the next two outs without incident, and the game moved to the second with no additional scoring.

Neither team scored in the second inning. To start the third, Burdette faced light-hitting Jose Pagan, who in his 113 major-league at-bats had amassed just 23 hits (a .204 batting average), none a home run. On any other day, in the absence of Mays’ heroics, Pagan would have been the game’s star. He hit his first major-league home run in the third, and cut the Braves’ lead to 3-2. Burdette retired the next two batters, but then hit Jim Davenport with a pitch. That again brought Mays to the plate, and he drove a Burdette sinker 400 feet for his second home run of the game. With the damage done, Burdette retired McCovey on a groundout. The Giants now led, 4-3.

From there, Loes once again proved a Braves killer. Down in order went Milwaukee in the bottom of the third. As the fourth inning began, Burdette had to face another slugger, Orlando Cepeda, to start the inning. In the previous day’s Giants slugfest, Cepeda had contributed one of San Francisco’s four homers off Bob Buhl. Now he did the same to Burdette, and increased the Giants’ lead to 5-3. Perhaps mercifully, Burdette’s afternoon was ended.

Right-hander Carl Willey relieved Burdette; yet, little changed for the Giants. Right-handed hitter Felipe Alou was the first man to face the new Braves pitcher. Alou, too, had homered yesterday against Buhl. Now, he homered off Willey. It was 6-3 Giants.

Against his second batter, Ed Bailey, Willey coaxed a grounder to first and recorded the inning’s first out. To the plate strode Pagan, and he homered again. Although Hiller doubled between groundouts, he was stranded at second base. As the game moved to the bottom of the fourth, the Giants led 7-3.

For the second inning in a row, Loes set down the side in order in the fourth. As the Giants came to bat in the top of the fifth, with Mays leading off, right-hander Moe Drabowsky came on for the Braves. For the first time, Mays failed to hit a home run, instead flying out to center field. Drabowsky walked McCovey, then retired the Giants on a fly ball and a popup.

In machine-like fashion, Loes retired the side again in the fifth, and then the Giants’ slugging resumed in the sixth. Drabowsky had been lifted for a pinch-hitter, so left-handed reliever Seth Morehead entered the game for the Braves. Things soon went awry. After striking out Bailey, Morehead allowed a single to Pagan. Loes sacrificed and was safe at first when the Braves couldn’t get Pagan at second. Hiller’s force out of Loes scored Pagan, who raced home all the way from second. Morehead walked Davenport. For the fourth time, Mays stepped to the plate.

Over the course of his five-year major-league career, Morehead allowed 34 home runs, only one to Mays. Against Morehead’s slider, this was the one, and it was monstrous. The left-field power alley in County Stadium was 376 feet from home plate, with newly installed bleachers atop the left-field wall. Along the left-field line was a new picnic area called Braves Reservation.3 As the ball cleared the wall its trajectory was high enough that it could have cleared the bleachers and left the stadium; however, it veered left and landed between the asphalt and grass in the picnic area. The ball was estimated to have traveled 450 feet. The score was now Giants 11, Braves 3. (After the game Mays was asked if this had been his longest home run. He replied, “I think I’ve only hit one as long or longer. That was the one I socked over the eagle on the Anheuser-Busch sign against the Cardinals at Busch Stadium.”4)

There would be one more homer for Mays. After Aaron’s second homer of the game brought the score to 11-4, the seventh inning was scoreless. Left-hander Ken MacKenzie worked that inning for Milwaukee, and was then lifted for a pinch-hitter in the bottom of the inning. As the Giants came to bat in the eighth, Braves right-hander Don McMahon took over. After retiring the leadoff hitter, McMahon allowed a double to Hiller and a triple to Davenport to make it 12-4, and then Mays returned. With Davenport at third, Mays blasted a McMahon slider5 an estimated 430 feet to left-center field for his fourth home run, driving in the final two of his eight RBIs in the game. That capped the game’s scoring; the Giants won convincingly, 14-4.

Mays might have gotten a fifth home run. In the top of the ninth, he knelt in the on-deck circle as Davenport batted with two outs. When Davenport grounded out, the fans booed. After the game Mays said of the attempt that never materialized, “To tell the truth, I don’t think I would have hit anything. You see, I started to think about it when it was announced over the public address and I know I’d be pressing, trying to go for another one.”6

His explanation for the four home runs, however, was as clear as had been the day. “It was the first time this year that I hit the ball real good. It seems that I could see the ball plainly.”7