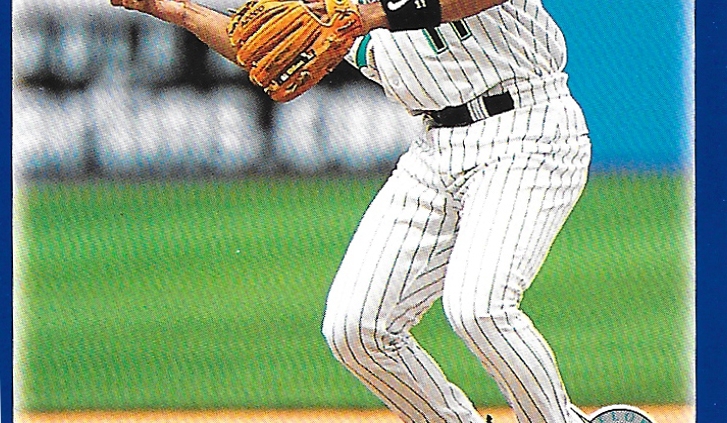 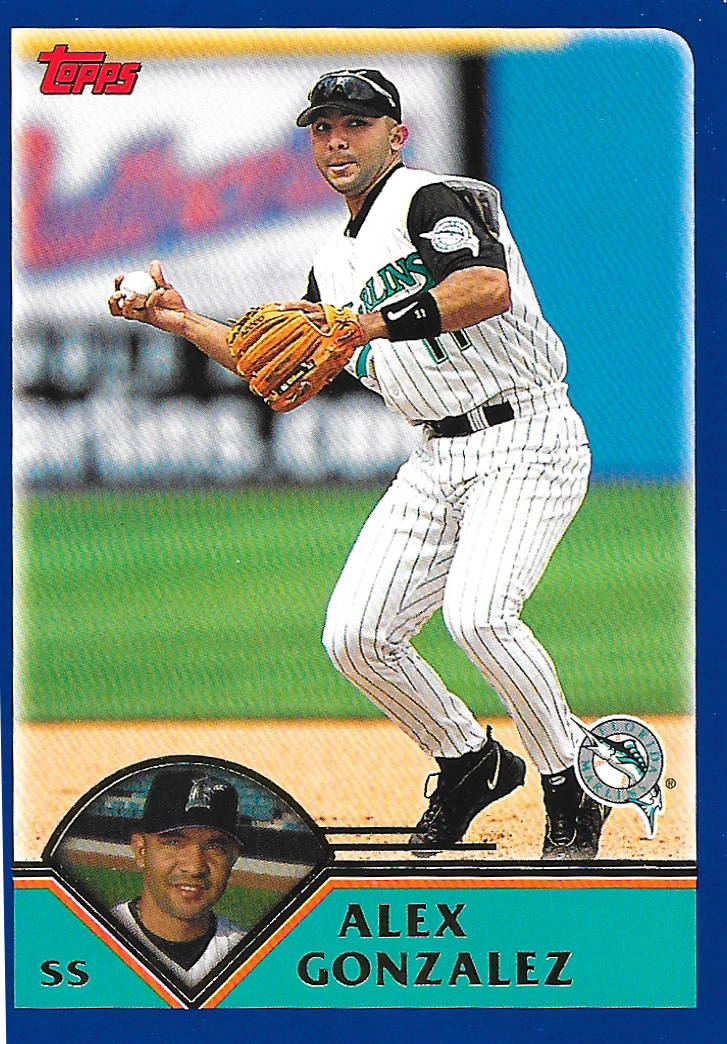 The early-season matchup of the Marlins and the Braves on Saturday night, April 5, 2003, seemed to be of two teams going in opposite directions. The Marlins were coming off a season in which they had finished 79-83, in fourth place in the National League East Division, 23 games behind the Braves, who had won their 11th straight division title (excluding the 1994 strike-shortened season). The Marlins had beefed up their roster. They signed outfielder Todd Hollandsworth and 10-time All-Star and Gold Glove catcher Ivan Rodriguez as free agents and in a three-way trade with the Braves and the Colorado Rockies got Juan Pierre and Mike Hampton, then flipped Hampton to the Braves for Tim Spooneybarger.

Going into this game, the Marlins under Jeff Torborg were 1-3. They had lost the previous night, 12-7, to give the Braves their first win of the year. On this cool, breezy night, the temperatures in Atlanta were in the 60s. Despite the coolish night, 23,081 people made their way to Turner Field.

The game proved why games are played on the field and not on paper. The Braves had future Hall of Famer Greg Maddux on the mound. Maddux was looking to bounce back from his Opening Day start against the Montreal Expos, in which he had given up nine hits and five runs in a loss. The Marlins countered with 22-year-old Josh Beckett, who himself was coming off an Opening Day loss to the Philadelphia Phillies in which gave up seven runs on five hits and four walks in 2⅔ innings.

After the first two batters of the game the Marlins were up 1-0, on a leadoff double to right by Pierre and an RBI single to left by Andy Fox. The Marlins kept up the pressure and took advantage of consecutive errors by third baseman Vinny Castilla and Maddux, and Juan Encarnacion’s bases-loaded single to center scoring Fox and Derrek Lee. Maddux got out of the inning when he got Beckett to line out to first baseman Robert Fick with the bases loaded.

After Beckett worked around a one-out walk to Fick to hold the Braves scoreless in the bottom of the first, the second inning proved to be Maddux’s undoing. After both Pierre and Fox lined out to shortstop Rafael Furcal, the game began to unravel for Maddux: He gave up a solo home run to Rodriguez, a single to Derrek Lee, and a two-run home run to Lowell. After a single by Encarnacion and an intentional walk to Hollandsworth, Alex Gonzalez hit a three-run home run to dead center, making the score 9-0. Maddux struck out Beckett, but his day was done. He had gone only two innings and given up nine runs (seven earned) on eight hits and two walks. He’d made a costly error. As it turned out, Maddux’s two-inning stint was his shortest of the season. In the previous season, on September 13, 2002, the Marlins had battered him for seven runs in two innings.

After this game Maddux had a harsh assessment of his pitching: “My pitch selection was terrible. My location was terrible. They hit every mistake I made and hit them hard. … Even some of the outs were hit hard. … I pitched crummy in the first inning and crummier the next inning.”1

Marlins third baseman Mike Lowell said that on his homer Maddux had just left the ball up a little more than he wanted to. Lowell also gave due credit to the Marlins, saying that they hit the ball hard off Maddux and found a lot of the holes and things just went the Marlins’ way.2 On Maddux’s pitching, Marlins right fielder Juan Encarnacion said that Maddux’s pitches “weren’t cutting like they usually do.”3

The Braves were scoreless in the bottom of the second. In the third they brought in Trey Hodges to replace Maddux in a double switch in which Mark DeRosa replaced Castilla at third base.

Hodges pitched one inning and allowed two runs. A leadoff walk to Pierre was followed by one-out singles by Rodriguez and Lee, scoring Pierre. A two-out single to left by Encarnacion plated Rodriguez, and the score stood at 11-0 going into the bottom of the third.

The Braves scored their only run in their third. It was produced by four consecutive Braves getting on base – singles by DeRosa and Furcal, a walk to Fick, and an RBI single to left by right fielder Gary Sheffield. In the bottom of the inning, Beckett retired Chipper Jones on a fly to left and struck out Andruw Jones and pinch-hitter Darren Bragg.

The game stayed 11-1 over the next two innings. Lee doubled in the fifth but was left on base. Beckett surrendered a hit to Henry Blanco in the fourth and a walk to Gary Sheffield in the fifth.

In the sixth inning the Marlins piled on five more runs, sending eight men to the plate, teeing off on new Braves pitcher Joey Dawley. The inning began with a double to deep right by Hollandsworth, followed by a triple to center by Gonzalez to make it 12-1. Beckett singled to right-center to score Gonzalez. Pierre doubled to right and Fox was hit by a pitch, loading the bases for Rodriguez, who hit a two-run single to right-center, making the score 15-1. Rodriguez’s hit finished Dawley. He’d pitched to six batters and not recorded an out. After relieving Dawley, Jung Bong induced Lee to hit into a 6-4-3 double play that scored Fox. The inning came to an end when Lowell lined out to left.

Beckett left after the sixth inning. He had surrendered six hits and one run while walking three and striking out nine.

The seventh and eighth innings were scoreless. In the top of the ninth the Marlins scored their final run of the night. After two outs, Kevin Gryboski surrendered a double to Hollandsworth and a single by Gonzalez for collected his fifth RBI of the game and the team’s 23rd hit. This tied a team record that had been set against the Houston Astros on July 15, 1996.

The bottom of the ninth was uneventful. Braden Looper worked around a leadoff single by Henry Blanco and ended the game by getting Robert Fick on a comebacker.

Against six Braves pitchers, the Marlins teeing off to the tune of 17 runs (15 earned) on 23 hits. Each Marlins starter had at least one hit and seven collected more than one; five had three hits. The Marlins were led by Gonzalez’s five RBIs with Encarnacion and Rodriguez each had three, Lowell had two, and Fox, Lee, and Beckett each had one. The quartet of Beckett, Phelps, Spooneybarger and Looper combined to hold the Braves to eight hits (two by Blanco).

“The food tastes good tonight,” said Marlins manager Torborg.4 In an assessment of his own pitching, Beckett said that although he didn’t pitch his best game and could have done better, after getting an early lead, all he did was pound the strike zone.5

The loss dropped Maddux to 0-2, the first time he had opened a campaign with two straight defeats since he was with the Chicago Cubs and started the 1989 campaign 0-3. This was his worst start in 14 seasons.6

After the game Braves manager Bobby Cox, who at that point had been in baseball for 43 years as a player, manager, and coach, took the loss as just one of many, saying, “You’d better forget it, or you’ll never go to sleep.”7

In addition to the sources cited in the Notes, the author consulted Baseball-Reference.com and Baseball-Almanac.com.