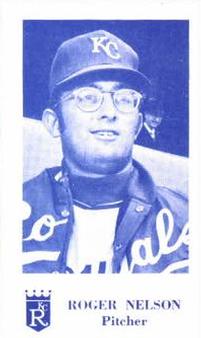 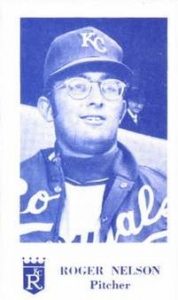 Opening Day is always a celebration, especially when it’s your first one. Day two is usually just another day. For fans of the new team in town, though, excitement levels were still high, especially after they won their first game. The dignitaries had moved on, but there were still 161 games to be played, and the young Kansas City Royals were determined to enjoy them. However, after this 17-inning affair, which followed a 12-inning game the day before, everyone could have used a break.

Starting for the Royals was Roger Nelson, their first pick in the 1968 expansion draft. The right-hander had started six games for the Baltimore Orioles in 1968 and had an impressive 2.41 ERA in 71 innings. Countering for the Twins was the veteran Jim Kaat, only three years removed from leading the American League in wins. Kaat had been nursing a sore elbow, but Twins skipper Billy Martin was counting on him. “We need his pitching to win the Western Division,” Martin said.1

The first couple of innings were uneventful. Nelson walked Twins leadoff batter Ted Uhlaender but retired the next six hitters, three by strikeout. Kaat was perfect through the first two innings. Nelson lost his control in the third and it was costly. The inning started with a walk to leadoff batter George Mitterwald, who moved to second on Uhlaender’s single with one out. Rod Carew singled to center to score Mitterwald, and after a popout by Tony Oliva, Harmon Killebrew also walked to load the bases. Graig Nettles followed with a hard smash to Royals shortstop Jackie Hernandez, who booted it. Uhlaender scored easily, but Carew, trying to score from second, was cut down by Hernandez at the plate, limiting the damage to two runs.

The Royals got on the board the next inning. After Kaat struck out Jerry Adair, consecutive singles by Ed Kirkpatrick, Joe Foy, and Chuck Harrison plated a run. With Jim Campanis up, Foy stole third, and then scored on Campanis’s fly to deep right. Twins manager Martin, never a fan of umpires, was unhappy that Harrison was called safe returning to first. “Tony (Oliva) made a great throw to Rich Reese at first and I thought Chuck Harrison was out by a wide margin. Martin said. “The ball beat Harrison to the bag but Marty Springstead called him safe.”2 Kaat walked Bob Oliver but ended the inning by getting Hernandez to foul out. The tie lasted for only two batters. Carew led off the fifth with a sharp double to left and made it to third on Oliva’s fly to center. With Killebrew up, Carew stole home. “This is only the second time I have stolen home in the last two seasons,” Carew recalled. “I got a big jump on the pitcher and made it easy.”3

The Royals went to their bullpen in the sixth and started an impressive string of relief pitching. Steve Jones, Bill Butler, Moe Drabowsky, and Tom Burgmeier combined for 12 scoreless innings pitched with only five hits and two walks. That much relief pitching wasnecessary because the Royals tied the game in the eighth inning.

Besides the tying run, the eighth provided controversy, in the Twins half of the inning. With one out, Nettles singled off Butler, and Cesar Tovar ran for him. Tovar attempted to steal second but was called out by umpire Don Denkinger, bringing forth the wrath of Martin, who claimed that Tovar was safe because he kicked the ball out of Hernandez’s hand. “There shouldn’t have been any doubt about it,” Martin said. “Cesar was safe as far as I’m concerned.”4 Tovar said, “I was safe all the way. I hit the bag before he put the tag on me.”5 Denkinger said, “I called Tovar out a few seconds before Cesar kicked the ball. That’s all there is to say.”6 In the bottom of the inning, Adair singled to center and went to second on shortstop Leo Cardenas’s error on the throw-in. Pat Kelly ran for Adair, moved to third on Kirkpatrick’s grounder to second, and scored on Foy’s single to left. Foy was cut down trying to take an extra base, but the game was tied, and it would stay that way for some time.

Butler, making his major-league debut, was magnificent in relief, retiring the Twins in order from the ninth inning through the 12th. The Royals mounted threats in the 11th and 12th. In the 11th, with Jim Kaat still on the mound for the Twins, the Royals’ Juan Rios led off with a single and took second on a wild pitch, but after Foy was intentionally walked, Harrison grounded into a double play. The Royals had a better chance in the 12th. Kaat walked leadoff batter Campanis and was replaced by Dave Boswell.7 Boswell got Oliver to ground into a double play, but walked Hernandez, Mike Fiore (intentionally, after Hernandez stole second), and Lou Piniella to load the bases. Ron Perranoski replaced Boswell and got out of the jam when pinch-hitter Joe Keough bunted in front of the plate, forcing out Hernandez. “Keough bunted on his own,” Royals manager Joe Gordon said.8 “(Third baseman Frank Quilici) was back,” Keough explained. “When you see something like that, you take a chance.”9

Drabowsky relieved in the 13th and was nearly as effective as Butler, allowing three hits and a walk in his 4⅔-inning stint. Drabowsky was the winning pitcher on Opening Day and after pitching one inning the day before and 4⅔ in this one, he was out of gas. “Cleaned and pressed,” Drabowsky said after the game. “I was done.”10 The Royals did not put up much of a fight for the next few innings. Gordon was ejected by umpire Springstead in the 14th after arguing a close play at first. “I said one word to him and he kicks me out,” Gordon complained.11 “Some of these umpires are sure touchy these days.”12

The Royals finally ended the festivities in the bottom of the 17th. Hernandez walked with one out and moved to second on Burgmeier’s grounder to second. Piniella, the Opening Day hero but hitless in six at-bats thus far in this game, singled to left, scoring Hernandez with the winning run and putting the Royals in first place two games into the young season. “(This was) better than the four (hits) yesterday, believe me,” Piniella said. “Seventeen innings to get a base hit. I was thinking why I wasn’t hitting the ball. I made up my mind I was going to wait as long as I could and just go with the pitch.”13 “Winning a ballgame like this is just the greatest thing that could happen to us,” Gordon bubbled. “Our kids hustled and it paid off for them. They lost some chances, but they didn’t let it get ’em down.”14

7 Kaat’s 11 innings pitched were one of 15 outings of 11 or more innings in the major leagues in 1969, including a second one by Kaat on May 20, against the Orioles. The last outing of 11 or more innings in the majors was by Dave Stewart of Oakland on August 1, 1990, when he shut out the Seattle Mariners, 1-0. There have been only 44 occurrences of a pitcher going more than nine innings since Stewart’s outing.