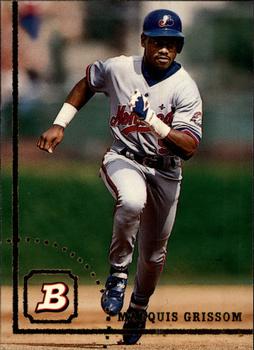 When baseball’s 1994 calendar flipped from July to August, the clock was ticking towards the beginning of the infamous strike that ended what may have been the Montreal Expos’ finest season and destroyed their last and best chance at glory.

When play began on August 1, the Expos had the best record in baseball at 65-38, one game better in the win column than the New York Yankees, and held a 3½-game lead in the National League East over the Atlanta Braves. The team’s 37-16 record in June and July had caught the attention of the fans — 30,359 attended the Monday day game in Montreal’s Stade Olympique. By contrast, at 47-56 the St. Louis Cardinals were tied for last place in the NL Central with the Chicago Cubs, and had just completed a month in which they went 8-20, their worst July performance in 24 years.1

The starting pitchers for the August 1 game were right-hander Vicente Palacios for the Cardinals and lefty Butch Henry for the Expos. Palacios, 2-7, was making his 17th start of the year, having been used as a reliever in April before moving into the rotation in May. Henry, on the other hand, was 8-2 and had been used as a swingman early in the year, only settling into a starting job in late June. This was his 13th start overall and eighth in a row; in the previous seven starts he was 5-2. Henry’s ERA was 2.47, in stark contrast to Palacios’s 4.43.2

Both pitchers sailed through the early innings. Henry found himself in a jam in the top of the fifth inning when Mark Whiten, the Cardinals’ right fielder, led off the inning with a single and left fielder Bernard Gilkey reached on an error by Expos third baseman Sean Berry. However, Henry extinguished the rally by striking out second baseman Geronimo Pena and inducing Terry McGriff, the Cardinals’ catcher and eighth-place hitter, to bounce into his second double play of the game.

The Expos finally opened the scoring in the bottom of the sixth inning. Left fielder Lou Frazier walked to open the inning, and was forced at second by center fielder Marquis Grissom’s groundball to short after Cliff Floyd’s flyout to deep right field. With two out and Grissom on first, Larry Walker singled to move him to second. Catcher Darrin Fletcher doubled to right,scoring Grissom and advancing Walker to third. Walker then scored when third baseman Todd Zeile mishandled Wil Cordero’s grounder (St. Louis’s only error of the game) to give the Expos a 2-0 lead.

The Cardinals immediately got one back when Whiten led off the seventh by homering off a tiring Henry, who was replaced by Mel Rojas after he walked Gilkey following Whiten’s blast. Rojas’s entry into the game did nothing to calm the nerves of Expos fans; Gilkey immediately stole second and went to third on a throwing error by Fletcher. Rojas walked Pena, putting runners on first and third with nobody out. Rojas quickly righted the ship, striking out pinch-hitters Gerald Perry and Luis Alicea in succession and causing center fielder Gerald Young to bounce harmlessly to first, ending the inning.

The Expos took their 2-1 lead to the top of the ninth inning and brought in their closer, John Wetteland, who at that point had 21 saves (he would finish the year with 25, fourth most in the NL). Wetteland quickly retired Whiten and Gilkey but then gave up a game-tying home run to Geronimo Pena, one of 11 homers Pena would hit in 1994, but one of only 30 in the second sacker’s seven-year career in the majors. The game went into the bottom of the ninth tied 2-2.

The Expos threatened to win in the home half of the ninth when pinch-hitter Juan Bell walked and advanced to second on a Sean Berry sacrifice bunt. With one out, 22-year-old Rondell White was called on to pinch-hit and walked, causing Cardinals skipper Joe Torre to bring in Rich Rodriguez, his left-handed relief specialist. Rodriguez sent the game to extra innings by getting Frazier to pop up to the catcher and striking out Cliff Floyd.

Wetteland again took the hill in the 10th inning but continued to live dangerously. With one out he walked Ozzie Smith, who promptly demonstrated that he retained enough speed at age 39 to steal second off Lenny Webster, the Expos’ third catcher of the day. But after an intentional walk to third-place hitter Gregg Jefferies, Wetteland induced Zeile to hit into the Cardinals’ third double play of the game and end the inning.

Marquis Grissom led off the bottom of the 10th inning for the Expos. He hit a pitch low and away from lefty Rodriguez on a 1-and-2 count and sent it looping toward center field, to the right of the “404 pi./123 m” marking on the fence behind center fielder Gerald Young.3 Young misread the hit, initially coming in but then realizing he had to get back. He tracked back with plenty of time to make an over-the-shoulder catch but saw the ball glance off the heel of his glove in front of him and roll away to his left. Compounding his hard day at the office, Young then reached down to barehand the ball as it hit the artificial turf but knocked it away, sending it rolling toward the base of the wall.

Grissom, blessed with excellent speed (he stole 36 bases in 1994, but had had back-to-back seasons of 76 and 78 steals in 1991-92 for the Expos), went into another gear rounding second and decided to try for home. Pena took the relay when Young eventually retrieved the ball, but hesitated before throwing home. With Larry Walker behind the plate signaling for him to slide, Grissom made a head-first dive for home and crossed the plate before the relay throw could reach catcher Tom Pagnozzi.4 It was Grissom’s first inside-the-park home run, and would turn out to be the only one of his 17-year career.

Young was not given an error on the play, although it could be argued that he committed three serious misplays. He started only five games in center field in 1994, and in the 16 games he played that year, he got starts at all three outfield positions without being charged with an error. Although he had finished fifth in the Rookie of the Year balloting only seven years before with the Astros, his last major-league game would come 10 days after this one, on August 11, 1994, the last day before the players’ strike ended the season.

Not only is this game notable because it took place toward the end of what is arguably the finest season in Expos history, and while the storm clouds of the players’ strike were gathering, but it is also a rare opportunity to see two managers passing each other on the up and down escalators of their careers. The Expos’ Felipe Alou had started his managerial career with the Expos (and in MLB) in 1992 and was the toast of the league for his performance — he would win Manager of the Year in 1994, and his record as manager in 1992-1994 was 238-163 (.594).

While he would go on to manage six more full seasons and part of a seventh with the team after 1994, the cash-strapped Expos largely dismantled the team after the strike ended5 and in only one of those seasons did the ravaged team finish over .500. On the other hand, Joe Torre’s tenure with the Cardinals was becoming shaky; he and the team would part ways early in 1995 when things failed to turn around after the disaster of 1994. This freed Torre to assume the helm of the Yankees in 1996; he promptly won AL Manager of the Year and guided the team to the first of four World Series titles and six AL pennants during his sparkling 12-year run with that club.

2 According to baseball-reference.com, advanced statistics tell the same story: Henry in 1994 had 2.5 WAA (wins above average) and 3.3 WAR (wins above replacement), Palacios -0.1 and 0.8.

3 At Olympic Stadium, the markings were in feet and meters – but because the metric system was official in Canada, and because French is the official language in the province of Québec, the distance in feet was both much smaller than the distance in meters and used only the French abbreviation “pi.” for pieds.