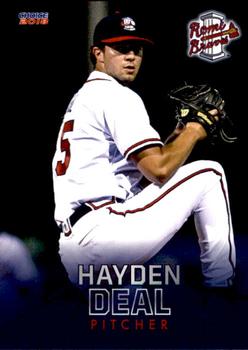 Minor League Baseball announced several rules changes for the coming season in March 2018. The 15-second pitch clock when there are no runners on base, which was instituted in 2015, remained in use. A second change limited the number of mound visits (six in Triple A and eight for the rest of the minor leagues).

The third, and most interesting, change was the extra-innings rule. Each extra inning would begin with a runner on second base. The runner at second base will be the player in the batting order position previous to the leadoff batter of the inning (or a substitute for that player).1

The International Baseball Federation first used the rule during the 2008 Olympics. When it was introduced, the rule started in the 11th inning, with players placed on first and second.2 Major leaguers were introduced to the rule when it was used during the 2017 World Baseball Classic. At that time, Commissioner Rob Manfred said, “I don’t see this is a rule that we are going to bring to Major League Baseball. Good experiment. One that is probably not major league-worthy.”3

“[The rule was designed] to save teams from throwing a lot of guys out of the bullpen and force teams to have a position player pitch if the games went an extraordinary amount of innings. When games are going that long and fatigue is setting in, now you are susceptible to some injuries,” said Dave Trembley the Atlanta Braves’ minor-league system coordinator.4

The Buffalo Bison were the first team to take advantage of the rule when they beat the Pawtucket Red Sox on April 9, 2018. Jason Leblebijian started the top of the 12th inning at second base. He moved to third on a sacrifice bunt and scored on Tim Lopes’s single to give the Bison a 4-3 lead, which they held through the rest of the inning for the win.5

Minor-league managers found that the rule added a bit of extra maneuvering to an extra-inning game. “It’s almost like playing a nine-inning game and then a totally different game begins in the 10th,” said Norfolk Tides manager Ron Johnson.

The rule came into play different times throughout the season and didn’t get much notice from the fans. But when the Rome Braves and the West Virginia Power of the South Atlantic League went into extra innings, their game led to a baseball first: a pitcher needed just two pitches for a complete inning.

A crowd of 1,860 showed up at State Mutual Stadium to see the Power play the Braves on August 10. At the time, neither team was in contention for a division title. The Power entered the game in third place in the Northern Division with a 34-33 record while the Braves, who were 31-36, were mired in fourth place in the Southern Division.

Jasseel De La Cruz started for the Braves. In his first full season in Class-A ball, he entered the game with a 3-4 record and a 4.83 ERA. De La Cruz allowed two hits through the first six innings (both by Raul Hernandez) while striking out five batters.

Oddy Nunez took the mound as the West Virginia starter. He was looking for his first win with the Power after struggling in his previous starts. Nunez pitched through the sixth inning. When he left the game, he had allowed two runs on six hits.

Rome took the lead in the bottom of the sixth inning. AJ Graffanino hit a one-out single to right field and Jefrey Ramos hit his 13th home run of the season over the left-field fence to give the Braves a 2-0 lead.

West Virginia tied the game in the top of the seventh inning when De La Cruz’s pitching fell apart. He walked leadoff batter Raul Hernandez. Robbie Glendinning doubled to place two runners in scoring position. Hernandez scored on a Ryan Peurifoy groundout to the shortstop. Glendinning moved to third on another groundball to the shortstop and came home on a wild pitch.

West Virginia went ahead in the eighth. Leadoff batter Oneil Cruz singled. The next batter, Calvin Mitchell, reached on a fielding error by first baseman Hagen Owenby. With a runner in scoring position, Hernandez singled to left field and Cruz scored.

In the bottom of the ninth, singles by Owenby and Shean Michael put runners on the corners. Reliever Samuel Reyes was down to his last out when Graffanino hit a slow groundball to shortstop for an infield single that scored Owenby. When the Braves could not get another runner home, the game went into extra innings, tied, 3-3.

Hayden Deal had relieved De La Cruz in the seventh and pitched the final three innings for the Braves. In the top of the 10th inning, he made professional baseball history. Oneil Cruz started the inning at second base using the new extra-innings rule. Calvin Mitchell hit Deal’s first pitch to second baseman Derian Cruz, who quickly stepped on second to double up Cruz. The next batter, Deon Stafford, lined out to third baseman Marcos Almonte on Deal’s first pitch, his second of the inning. Just like that, the inning was over: two pitches, three outs.

Ramos started on second base in the Braves’ half of the inning. After Brendan Venter was intentionally walked, Ramos moved to third when pitcher Reyes attempted a pickoff at second. He came home when Reyes threw a wild pitch with Marcus Amonte at the plate to give the Braves a 4-3 win.

Although fans left excited about their team’s win, they were treated to something that had never happened in baseball when Deal became the first player to throw two pitches for a complete inning.

Whether Hayden Deal ever makes it to the majors will remain to be seen, but he will hold a place in baseball history as the first pitcher to throw just two pitches and get three outs for a complete inning. The next question is: Will this ever happen in the majors as the game looks for ways to shorten the game?

Deal couldn’t have made history without help from the extra-inning rule. The rule also helped to shorten the game, which was the intended goal. The game took 2 hours and 49 minutes to complete. Although Manfred has said that he does not see the rule being used at the major-league level, it has made a difference in the minor leagues.

Minor League Baseball President Pat O’Connor said, “There were 1,000 less innings in extra innings. It opened to some critical fanfare, but as time went on, I know the players and the operators learned to like it a lot. I think the fans can appreciate what we did.”7

Minor-league managers and players were not sure about the rule before the season but they learned to appreciate it as the season progressed. Denny Hocking, manager of the Clinton (Iowa) LumberKings, said, “[I]t’s been really good from my perspective. It’s saved bullpens, and it speeds the game up and makes it more exciting. As a manager, it makes you strategize.”8

The author used a variety of sources in piecing together this article, including the box score and game log from the Rome Braves website.