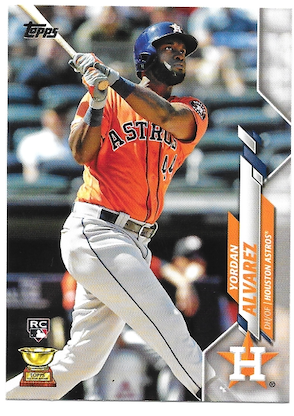 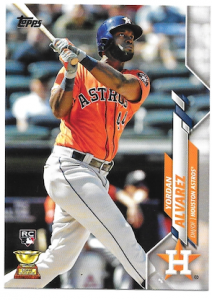 The Houston Astros rolled into Baltimore on August 9, 2019, riding a six-game winning streak during which they had put up double-digit run totals in three games, including 14 runs against the Colorado Rockies two days earlier. After eking out a 3-2 victory over the Orioles in the first game of a three-game set, the Astros — led by record-setting rookie Yordan Alvarez — unleashed the full fury of their offense against the hapless O’s in a 23-2 rout in front of 21,903 fans at Camden Yards on August 10.

When it was over, Houston had set new franchise records for runs scored in a game (23), largest margin of victory (21), and most extra-base hits (13), and had extended the team record for most grand slams in a season to 11. They tied the franchise record for most hits in a game (25), and both Alvarez and Carlos Correa set individual records with their home runs in what was as thorough a beating as the Astros had ever put on an opponent.

The game started out as a battle of Aarons as the Orioles sent Aaron Brooks to the mound to oppose Houston’s recently-acquired Aaron Sanchez. Only one starter brought his A-game on this day as Brooks was battered early and often and took the loss while Sanchez pitched five innings of one-run ball to get the win. After Michael Brantley hit a two-out single in the top of the first, Alex Bregman and Alvarez set the tone for the game by hitting back-to-back homers that gave Houston a quick 3-0 lead. It was the ninth time Houston batters had hit consecutive home runs in 2019.

Sanchez, too, was shaky in the bottom of the first. Jonathan Villar led off with a double and took third on Anthony Santander’s one-out hit. Renato Nunez drew a walk to load the bases, but the Orioles plated onlyone run, which came on Jace Peterson’s sacrifice fly. Still, a 3-1 deficit was not a bad position for the Orioles at this point.

Things quickly got out of hand in the second inning as the Astros pushed another five runners across home plate to increase the tally to 8-1. Yuli Gurriel, Josh Reddick, and Brantley all collected singles while Jose Altuve homered and Bregman doubled in the inning. For good measure, Brooks uncorked a wild pitch and then balked to allow Bregman to score the fifth and final tally of the frame. Sanchez worked around two walks and an error by Bregman to keep the Orioles off the scoreboard in the home half of the inning.

The only hit for either team in the third inning was Correa’s leadoff four-bagger that increased Houston’s lead to 9-1. The homer was notable because it traveled 474 feet, making it “the longest home run Statcast has ever measured at Camden Yards.”1

Brandon Kline took the mound for Baltimore in the top of the fourth and pitched the first of only two scoreless innings for Orioles hurlers on the day. Sanchez responded in kind by retiring the Orioles in order for the second consecutive inning.

Kline soon experienced firsthand the same punishment he had seen his fellow moundsman Brooks endure as the Astros pummeled him for four runs in the fifth. Bregman led off the inning with a ground-rule double, Alvarez walked, and Correa drove in a run with a single. Gurriel became the fourth consecutive batter to reach base with a double that drove in Alvarez. After two outs were recorded, Springer added a two-run double that gave the Astros a 13-1 lead. In light of the comfortable lead, Houston manager A.J. Hinch began to apply the brakes by sending Aledmys Diaz to third base to replace Bregman and Jake Marisnick to the outfield in place of Brantley as the Orioles came to bat in the bottom of the inning.

Sanchez appeared to be growing stronger as the game progressed, and the Astros’ large lead gave him the confidence to stay in the strike zone. Although he surrendered a two-out double to Santander, he struck out the side as Villar went down looking while Trey Mancini and Nunez struck out swinging. In light of the score and Sanchez’s history of injuries, Hinch removed Sanchez from the game after the fifth, when he had pitched long enough to qualify for the win.

Kline continued to struggle in the sixth as Marisnick and Diaz declined to play the role of weak-hitting defensive substitutes and led off with a double and single respectively. At this point Tayler Scott relieved Kline. Scott induced a double-play grounder by Alvarez that scored Marisnick and then retired Correa to hold the Astros to a lone run in the inning. However, after Hector Rondon pitched a scoreless frame, Scott ran into the Astros’ buzzsaw in the seventh.

Gurriel led off the inning with a double but was still at second base after consecutive groundouts by Martin Maldonado and Reddick. If Orioles fans thought that their team had finally found a pitcher who could provide a respite from Houston’s heavy bats, they soon found out that they were mistaken. George Springer worked a base on balls and Altuve, Marisnick, and Diaz followed with consecutive singles; Altuve scored on Marisnick’s hit while Diaz’s loaded the bases. Alvarez stepped to the plate and sent Scott’s second pitch to him over the right-field wall for the Astros’ 11th grand slam of the season. That made the score 20-1.

In the bottom of the seventh, third baseman Rio Ruiz, pinch-hitting for Mancini, clouted a solo homer off Joe Smith that provided the only Orioles highlight in the game. There was, perhaps, some irony in the fact that Ruiz once had been an Astros farmhand.

Tom Eshelman became Baltimore’s fourth pitcher of the game in the top of the eighth. He gave up a leadoff single to Gurriel but then got a double-play grounder from Maldonado to record the first two outs of the inning. Orioles center fielder and emergency reliever Stevie Wilkerson then made his fourth mound appearance of the season and recorded the third out via a pop fly from Reddick. Wilkerson’s appearance marked the seventh time that the Orioles had used a position player to pitch in 2019.2

The Astros used as many pitchers as the Orioles on this day, but for diametrically opposite reasons. Houston’s Chris Devenski took the ball in the bottom of the eighth and made quick work of Baltimore’s batters. Devenski retired the side in order and set Peterson and Chance Sisco down on swinging strikes for the final two outs of the inning.

Wilkerson continued his mop-up duty in the ninth to give Baltimore’s beleaguered bullpen a break, and the Astros put another three runs on the scoreboard. Altuve doubled and scored on Diaz’s single before Alvarez knocked out his third home run of the game for the final two runs in the Astros’ rout. Correa added a single for one last Houston hit that was of note only because it enabled the team to tie the franchise record of 25 hits in a game. Colin McHugh set the Orioles down in order in the ninth and, fittingly, struck out Wilkerson to bring the game to an end.

While the Astros set numerous records on the positive side, the Orioles had to cope with the negative aspects of the lopsided loss. They became the first major-league team to surrender 20 runs in a game in the 2019 season, and this was the second game in a three-game span that they had given up six home runs; it was also the fourth time in five games that they had allowed at least five homers. Playing teams from Texas in August is also likely to give Baltimoreans nightmares for years to come. The 23 runs scored by the Astros “(were the most the Orioles had) allowed in nearly 12 years, since setting the all-time single-game record in their 30-3 loss to Texas on August 22, 2007.”3

In all, five Astros players had three-hit games — Altuve, Bregman, Diaz, Alvarez, and Correa — while Gurriel contributed a four-hit effort. Standing tall among all the offensive stalwarts on this day was rookie designated hitter Alvarez, who went 3-for-5 with three homers, a walk, four runs scored, and seven RBIs. After his power display on this day, Alvarez had 51 RBIs through his first 45 career games, better than Ted Williams’s previous record total of 47 RBIs in his first 45 games, set in 1939.4

Hinch, the Houston skipper, aptly summed up the game, saying, “It was obviously a pretty explosive night from the beginning. From top to bottom just incredible at-bats, explosive at-bats and ultimately a comfortable win.”5