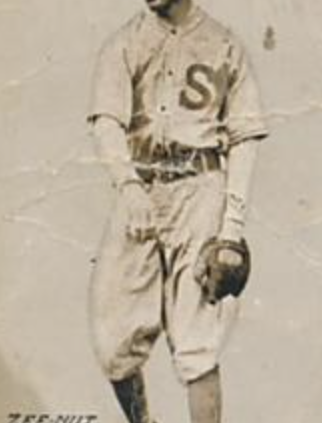 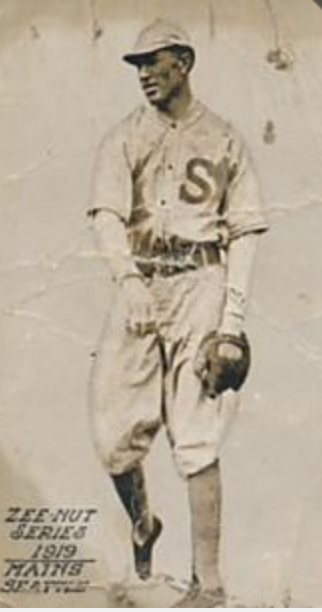 When the Kansas City Packers began a 26-game road trip in the first week of August 1915, they sat atop the Federal League standings with a record of 57-40, 2½ games ahead of second-place Chicago. Within a week, however, it was the Packers looking up from the lower berth at the Chifeds, as they first suffered a four-game sweep at the hands of the Newark Peppers, and then dropped three of four to the Brooklyn Tip-Tops.

Their next foes, the Buffalo Blues, were mired in seventh place, spared the cellar slot only by the dismal Baltimore Terrapins. On Saturday, August 14, the Packers and Blues opened a six-game series with a split decision in a doubleheader. They met for the third game on Monday the 16th.

Meanwhile, a sideshow drama was playing out that involved Kansas City’s player-manager, George Stovall, and umpire Tommy Corcoran. Corcoran was a former star shortstop who had divided an 18-year major-league career between the nineteenth and twentieth centuries. In a KC-Brooklyn game on July 28, Corcoran’s safe call on what looked like a sure double play by the Packers led to fisticuffs between the umpire and the manager, and Stovall was fined and suspended by FL President James Gilmore. Gilmore relented on the suspension shortly thereafter, but the feud continued to simmer. When, in the second August 14 game, Corcoran reversed an out call at the plate after coaxing by Buffed manager Harry Lord, Stovall fired off a letter to Gilmore declaring he would not let his team take the field again with Corcoran as umpire.

The directors of the Kansas City club stepped in, ordering Stovall to put his team on the field for the next game. President Gilmore, for his part, directed that Bill Brennan assume home-plate umpiring duties for the remainder of the Buffalo series, with Corcoran taking the first-base station. Thus, on the 16th, when his players took the field at the International Fair Association Grounds, Stovall “bossed the ball club from a little runway behind the dugout.”1 Regular third baseman George Perring subbed for Stovall at first base while Bill Bradley manned the hot corner.

The visitors put their hosts in a hole straightaway, touching Buffs pitcher Russ Ford for three runs, the big blow being Perring’s triple that scored Chet Chadbourne (walk) and John Rawlings (single). The next batter, Al Shaw, rapped a comebacker that Ford could not handle, giving Shaw first base and allowing Perring to scoot home.

Taking the mound for the Packs was Miles “Alex” Main.2 Main had pitched for the Detroit Tigers in 1914 as a 30-year-old rookie, after two years each in the Southern Michigan League and the International League. Compiling a 6-6 record as a starter, he finished the season in the Tigers’ bullpen. Despite the middling performance, Main was targeted by the Federals and on January 5, 1915, newspapers announced that he had signed with the third league at a considerable salary increase. Initially assigned to the St. Louis club and then traded to Newark, the lofty (6-foot-5) right-hander3 finally landed with the Packers in the last week of March, in time to hurl their season opener on April 10.

Suffering defeats against both Newark and Brooklyn in the Packers’ two recent series, Main’s record stood at 11-10 as he faced off against Buffalo. His day began inauspiciously, as he walked Blues leadoff batter Benny Meyer. But Meyer’s teammates could not advance him, and he was the last Buffed to reach base until the third inning.

Catcher Walter Blair led off the home half of the third with a bouncing grounder toward shortstop Rawlings. Rawlings stopped the ball with his glove hand, picked it up with his throwing hand, had momentary trouble with it, and consequently did not attempt a throw to first. The slow-footed Blair was safe, and Buffalo had its second baserunner of the game.

In the game reports, it was noted that Rawlings “fumbled and recovered in plenty of time to throw Blair out at first. … But in recovering the ball John got a poor grip on it and rather than throw wild he held the ball. …”4

There was apparently an almost immediate dispute concerning how to score the play, with many in the press box calling it an error. The official scorer initially credited Blair with a hit, on the grounds that he wouldn’t charge an error when the fielder had only touched the ball with one hand. His mind was changed after consultation with umpires and players, and an error was ultimately charged to Rawlings.

After the game, Rawlings declared flatly, “It was an error. I should have thrown the man out twenty feet.” Umpire Brennan added, “The play was an error. There was little room for doubt.” Even the Buffalo Club secretary, Jack Kelley, concurred: “It was an error pure and simple.”5

At any rate, the Blues could do no more in the third and the score remained 3-0 in Kansas City’s favor until the final inning. Ford, who had held the Packers hitless since the first, got two batters out in the ninth before surrendering a pair of runs on consecutive hits by Bill “Duke” Kenworthy, Grover Gilmore, and Ted Easterly, making the final score 5-0 for the visitors.

There were only a few close shaves for Main. A “drooping liner” off the bat of Roxy Roach in the second was too shallow for right fielder Gilmore, but second-sacker Kenworthy chased it down in time. With Blair on in the third, Meyer cracked one that threatened extra bases, but Gilmore pulled it down. Hal Chase’s long drive to center in the eighth was snared by Chadbourne.6

Main was in thorough control for the duration. He fanned seven Buffs and gave up but the one walk to Meyer in the first. Between the third and ninth innings, he retired 19 consecutive batters. Said the Kansas City Star: “His fast ball was hopping into Ted Easterly’s pad with a zip that could be heard in the remotest corner of the bleachers and his curve ball snapped past the bats of many a Buffed.”7

During the Federal League’s two-year existence, nine no-hitters were pitched in the major leagues, and five of them occurred in the FL. The Packers had been victims of the first FL no-hitter, at the hands of Brooklyn’s Ed Lafitte in September 1914. The fifth and final Federal no-hitter, by Dave Davenport of St. Louis against Chicago, would follow Main’s in less than a month.

2 Baseball-Reference.com lists him as “Alex Main” and his full name as “Miles Grant Main.” But contemporary news accounts, such as the Kansas City Star of August 17, 1915: 8, called him “Miles Alexander Main” and refer to him consistently as “Miles,” never “Alex.”