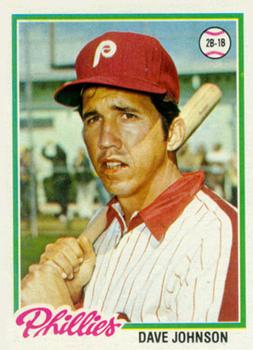 The Philadelphia Phillies arrived in Montreal on August 16, 1977, to play the Expos in search of their 13th straight win. If achieved, the win would give them the longest winning streak in their modern history.1 The Phillies had taken over the National League East during the streak, increasing their lead to 4 1/2 games over the Pirates. While the regulars were playing well, the streak was fueled by the performance of the reserves. It was the work of “Super Subs”2 in the later innings that turned the tide of the game.

After eight years of games in tiny Jarry Park, the Expos were now playing their home games in Olympic Stadium. Although it was a rainy night in Montreal the new domed stadium allowed the game to be played as scheduled. Jim Kaat was on the mound for the Phillies facing Jackie Brown of the Expos. It was a rematch of the August 11 game in Philadelphia won by the Phillies 10-5. That was the final game of a three-game sweep in 24 hours where the Phillies outscored the Expos by a total of 15 runs. After a weekend sweep of the Cubs in Chicago, the Phillies headed to Montreal riding a 12-game winning streak. The Expos were looking for revenge and were determined to end the Phillies streak. As the series began Danny Ozark, the Phillies manager, was positive, saying, “When things are going good, they go good all the way.”3

The Expos took a 1-0 lead in the second when Chris Speier’s two out single scored Gary Carter who had doubled off the right-field wall. The Phillies tied the game in the third when, with one out, Larry Bowa singled. After Mike Schmidt and Greg Luzinski walked, Richie Hebner singled to right, scoring Bowa. Brown escaped further damage by striking out Jay Johnstone and getting Bob Boone to ground into a force out at third base. In the bottom of the third, the Expos seemingly broke the game open by scoring three runs. With one out, Warren Cromartie tripled. He turned his ankle rounding second and held at third when the next batter, Andre Dawson, lined out to Johnstone in right. Tony Perez then got a big two out single to left, breaking the tie and scoring Cromartie. Their lead increased to 4-1 after three more singles by Gary Carter, Larry Parrish, and Speier. Kaat remained in the game to pitch the fourth inning and he retired the Expos in order. In the top of the fifth the Phillies loaded the bases with two outs on a hit batsman (Johnstone) and singles by Boone and Ted Sizemore. Kaat was up next but Tim McCarver was sent in to pinch hit. The inning ended when McCarver grounded out to Brown.

In the bottom of the fifth Warren Brusstar took over on the mound for the Phillies; Dawson greeted him with a first pitch lead-off home run, increasing the Expos’ lead to 5-1. Brusstar settled and was flawless for the next three innings as he recorded nine straight outs, six on groundouts. For the Expos, Brown was still in the game although he was struggling. The Phillies scored another run after two were out in the sixth on a double by Schmidt and a run scoring single to left by Luzinski. Brown escaped the seventh with the help of a double play and limited the Phillies to only two runs to that point, although they had 11 hits with 12 baserunners stranded.

Into the eighth, the Phillies were down 5-2. Brown walked pinch hitter Tommy Hutton to start the frame, his third walk of the game, and then gave up a single to lead-off hitter Bake McBride. This brought Joe Kerrigan into the game, replacing Brown. He faced three batters, surrendering a run scoring single to Bowa, who promptly stole second, a sacrifice fly to Schmidt, and a walk to Luzinski. Kerrigan’s night was over and Expos manager Dick Williams made the call for Will McEnaney. Ozark countered by pinch hitting Davey Johnson for Hebner. Johnson lined a ball to left past Del Unser for a triple that scored Bowa from second and Luzinski from first. Williams went to the bullpen for the third time in the inning and brought in Bill Atkinson. He gave up a run scoring double to Boone before finally retiring the side on a fly ball out by Sizemore. The half-inning closed with the Phillies ahead by two runs. Gene Garber pitched the final two innings for the Phillies. He retired six of the seven batters he faced, surrendering only a harmless single to Speier leading off the ninth. The game ended with the Phillies on top 7-5.

The outcome of the game turned on the contribution of Philadelphia’s substitutes. Bullpenners Brusstar and Garber shut the door on the Expos, allowing the Phillies to get back into, and then win, the game. Conversely, the three relievers for the Expos all gave up run scoring hits, eroding the Montreal lead. Two Phillies pinch hitters also came through as Hutton walked and Johnson tripled during the winning rally. The only pinch hitter for the Expos, Jose Morales, struck out in the ninth.

The ballpark also played a role. Montreal built this multi-purpose venue to host the 1976 Olympics. At the conclusion of the Games, AstroTurf was installed for baseball. The surface was intended to provide a true bounce similar to grass, but “the drive [by Johnson in the eighth inning rally] to left field hit a seam, skidded past left fielder Del Unser and rolled to the wall as the tying and winning runs scored.”4 Ray Rippelmeyer, the Phillies pitching coach, said “things like that happen for you when you’re going good and go against you when you’re going bad.”5

The Phillies streak had reached 13. Bowa said after the game, “the way we’re going, we might never lose another game.”6 Bowa’s words were spoken too soon as the streak came crashing down the next night when the Phillies lost decisively to the Expos, 13-0. Philadelphia’s ace, Steve Carlton, was hammered in their most one-sided loss all season.

The Phillies rebounded to take the final game of the series, finish 101-61, and win the NL East pennant by five games. It was the teams’ deep roster that carried them through to the division championship. Ultimately, though, it was not enough; the Phillies fell short of the World Series, losing three-games-to-one to the Dodgers in the NLCS.

My brother Curt and I took many baseball trips together between 1977 and 1986 in our quest to see a game in all the major league parks. This game was the first one we watched on our first trip together. I would like to dedicate this story to his memory as he died way too young in 2010.