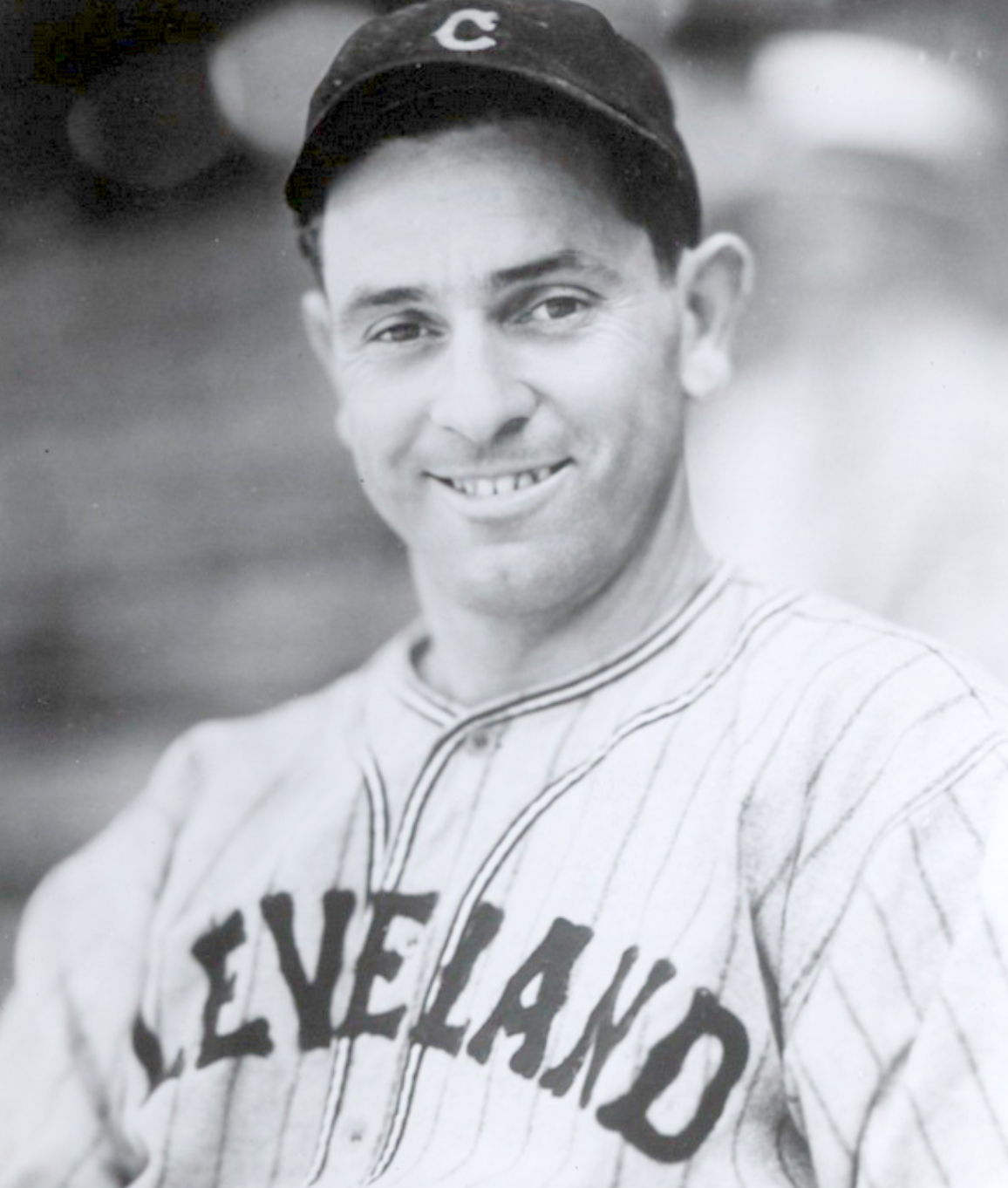 A major-league record eight batters hit for the cycle in 1933.1 Four of those occurred in the month of August, and every one of the August contests involved the Philadelphia Athletics.

In the span of four games, Athletics teammates Mickey Cochrane (August 2 against the New York Yankees) and Pinky Higgins (August 6 against the Washington Senators) each hit for the cycle. Just over a week later, another four-game span saw two more batters accomplish one of baseball’s rare events — getting a single, double, triple, and home run in a game. On August 14 Philly’s Jimmie Foxx cycled, and on August 17 Cleveland’s Earl Averill led a 19-hit attack as “all the pent-up batting power of the Cleveland Indians exploded in the face of the Philadelphia Athletics.”2 In doing so, Averill hit for the cycle.3

According to the Philadelphia Inquirer, this game marked the “second severe tanning for the Macks in the trip which began in Boston Sunday with the Red Sox tabbing 11 runs in the first inning.”4 Philadelphia had started a 19-game road trip with the single contest against the Red Sox and then this four-game series at Cleveland Stadium. The Indians had begun an extended homestand on August 12 that would go through August 29.

This was the Athletics’ final trip of the season to Cleveland Stadium. They had won the first two games against the Indians, but they dropped the August 16 game, as the Tribe won in walk-off fashion. Averill laced a one-out single in the bottom of the ninth off Sugar Cain, driving home Dick Porter with the game-winner. For the season, Philadelphia had beaten Cleveland in 11 of their 16 games so far.

For the August 17 game, rookie right-hander Monte Pearson was named the starter for Cleveland. Bringing a 2.00 earned-run average into the game, he was in search of his fifth win. Fellow righty George Earnshaw got the starting nod for the A’s. He had been a three-time 20-game winner in 1929-1931 (and won 19 in 1932), but he was struggling in 1933. In 114⅔ innings pitched, he had allowed 147 hits and his earned-run average was 5.89, its highest all season. He had not pitched a complete game since June.

Lou Finney led off the game for Philadelphia with a bunt single down the third-base line. He took second on Cochrane’s one-out single and third on Foxx’s fly ball. Pearson retired Eric McNair on a fly out to center, leaving Finney stranded at third. In the bottom of the first, Averill doubled into left field with two outs. Joe Vosmik’s single to center “coined the first marker”5 for the home team, but Vosmik tried to take second on the play. Earnshaw cut off center fielder Doc Cramer’s throw to the plate and fired to shortstop Dib Williams in time to tag Vosmik.

Two innings later, Cleveland struck again. Pearson singled to right with one out and moved to second on Milt Galatzer’s groundout. Bill Cissell “bombed a homer into the left field stands to tab two runs.”6 Averill drove the ball into the right-field corner for a triple and scored on Vosmik’s single, giving the Indians a 4-0 lead. That was all for Earnshaw. Jim Peterson came on in relief to pitch the fourth inning for Philadelphia.

Cleveland’s Pearson “pitched shut-out ball for the first four innings.”7 In the top of the fifth, Finney drew a one-out walk to start a rally. Cramer singled, putting runners at the corners. Cochrane, Foxx, and McNair followed with consecutive RBI singles, and the Athletics had “shaved the enemy lead to one run.”8 Foxx had rounded second base too far on McNair’s hit to left field and “was nailed by Vosmik’s throw to Odell Hale before he could regain the keystone.”9 This effectively killed the rally. Pearson threw a wild pitch, allowing McNair to take second, and then walked Bob Johnson, but Higgins flied out to end the threat.

In the home half of the fifth, Cleveland sent 13 batters to the plate. Galatzer walked and Cissell sacrificed him to second. Averill singled to right for a run batted in. Vosmik sent an RBI double to right, and Rube Walberg was summoned from the bullpen to relieve Peterson. Walberg proceeded to offer up six straight hits (two doubles and four singles), and five more runners crossed home plate for the Indians, all with only one out. In his second at-bat of the inning, Cissell forced Galatzer at second for the second out before Averill walked, loading the bases. Vosmik was finally retired, but Cleveland had increased its lead to 11-3.

Rookie Bobby Coombs took the mound for the A’s in the bottom of the sixth. He had been acquired as an amateur free agent by Philadelphia in June. According to the Philadelphia Inquirer, he was “the fourth lamb offered up for sacrifice.”10  Hale greeted him with a leadoff single. Willie Kamm doubled, and Harley Boss brought Hale home with a groundout to first. Kamm moved to third on the play and scored on Roy Spencer’s groundout to short. In the next inning, Cissell doubled and scored on Averill’s sixth home run of the season. The Cleveland advantage had grown to 15-3.

Not until the eighth inning did the Macks score again. Johnson singled, moved to second on a fielder’s choice, and scored on Williams’s RBI single. In a game that lasted 1 hour and 52 minutes, the Indians scored 15 runs and sent 47 men to bat.

Despite allowing 13 hits and two walks, Pearson11  held the A’s to four runs in notching his fifth complete game of the season. Pearson also helped his own cause by “cracking out three singles in five times at bat.”12  He raised his batting average to .286. The Tribe totaled 33 bases, and Averill accounted for 10 of them. He contributed three of Cleveland’s nine extra-base hits. Further, “every man in the order scored at least one run and unloosed at least one hit.”13

Earnshaw took the loss, his 10th. After this game, he did not pitch again for the Athletics.14  In fact, none of the four Athletics pitchers in this game were with Philadelphia in 1934.15  For Philadelphia, Cochrane, Foxx, Finney, and Williams had two safeties each, but the Athletics left 11 men on base.

The A’s (27 runs) and Indians (32) combined to score 59 runs in their four-game series.16  This second consecutive loss for the A’s was part of a six-game losing streak, causing them to fall into fifth place in the American League standings. Meanwhile, the Indians put together five consecutive wins after this victory, but they could not climb higher than third place.

Averill became just the second player in the Indians’ franchise history to hit for the cycle. His feat came 30 seasons after Bill Bradley’s accomplishment for the Cleveland Naps on September 24, 1903, in a 12-2 win over the Washington Senators. Averill’s perfect 4-for-4 performance, with a walk, boosted his average to .287. He drove in three runs and scored four times. He extended his hitting streak to four games; it eventually grew to 16 games. Averill played in 35 more games (through the end of the season), and he went hitless a mere five times, finishing the 1933 campaign with a .301 mark, which was second-highest on the Indians.

As the Indians were bombarding the Athletics in Cleveland, the New York Yankees were in St. Louis playing the Browns. In that game, Lou Gehrig “established a new endurance record”17  by playing in his 1,308th consecutive game. This bested the mark set by former Yankees shortstop Everett Scott. Gehrig’s streak started on June 1, 1925, a mere 26 days after Scott’s streak ended, when he “replaced Wally Pipp at first base, won the ball game with three hits, and since then has not missed a game.”18

In addition to the sources cited in the Notes, the author consulted baseball-reference.com, retrosheet.org, and sabr.org.

1 The record for most batters to hit for the cycle in a single season was tied in 2009.

3 In addition to Cochrane, Higgins, Foxx, and Averill, the other four players who hit for the cycle in 1933 were the St. Louis Cardinals’ Pepper Martin (May 5 against the Philadelphia Phillies), the Phillies’ Chuck Klein (May 26 against the Washington Senators — his second career cycle), the Pittsburgh Pirates’ Arky Vaughan (June 24 against the Brooklyn Dodgers), and the Chicago Cubs’ Babe Herman (September 30 against the Cardinals — his third career cycle).

15 Peterson was traded to Louisville in the American Association on September 30, 1933. Walberg was traded with Lefty Grove and Max Bishop to the Red Sox in exchange for Bob Kline, Rabbit Warstler and $125,000 on December 12, 1933 (the same day Earnshaw and Pasek were traded to Chicago). Coombs was sent down to the minors the next year and was selected by the New York Giants in the minor league draft on October 9, 1940. He appeared in nine major league games in 1943.

16 The 15 runs scored in this game were one shy of Cleveland’s season high, when the Indians beat the St. Louis Browns, 16-8, on August 2.