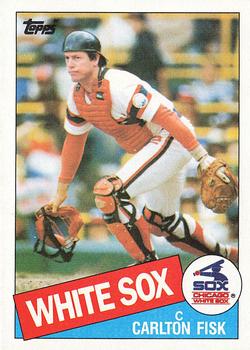 From time to time you’ll see a catcher involved in a double play.1 They take part in “strike ’em out, throw ’em out” double plays, in which the batter strikes out and the catcher nails a baserunner attempting to steal a base on the same pitch. They are the second half of double plays in which, with a runner on third, fly balls to an outfielder are followed by throws home with the catcher tagging out the runner attempting to score on the would-be sacrifice fly.

Sometimes they take part in double plays in which, with the bases loaded, a ball is hit back to the pitcher, and he throws home. The catcher steps on the plate to retire the runner coming in from third, and then he fires to first to nab the batter … the “1-2-3” double play.2

Rarer still are double plays in which the catcher tags out two baserunners on the same play. The handful of occurrences in major-league history usually have involved baserunning gone out-of-sync: one runner delayed by waiting to see if a ball is caught, another runner speeding behind him, and a throw to the plate arriving just ahead of both of them.3

Veteran Carlton Fisk was the catcher in question on one of these rare double plays on a Friday night in the Bronx in 1985.

Over a 24-year career, Fisk established himself as a defensive stalwart behind the plate, respected for his game-calling and his hard-nosed manner. As a member of the Boston Red Sox from 1969 to 1980, Fisk tangled with more than a couple of baserunners trying to score, most prominently in plays involving the rival New York Yankees. In 1973 Fisk and his Yankee counterpart Thurman Munson got into a fracas when Munson tried to score on a squeeze play.4 In 1976 Fisk got into another brawl with the Yankees, this time when New York’s Lou Piniella bowled him over on a play at the plate.5

Fisk moved on to the Chicago White Sox in 1981, flipped his uniform number from 27 to 72, and split time between catching, first base, the outfield, or serving as the designated hitter, until he retired at the age of 45 after the 1993 season. He caught over 2,200 games for the Red Sox and White Sox – more than 18,500 innings worth. For his career he was involved in 147 double plays, but the twin killing he took part in on August 2, 1985, against the Yankees might have been the strangest.

The White Sox (50-48, fourth place in the American League West, 5½ games out of first) were in New York for a four-game weekend set against the Yankees (55-45, second place in the AL East, 8½ games out of first). In the opener it was Britt Burns (11-7, 3.44 ERA) on the mound for Chicago, facing Marty Bystrom (0-1, 21.60 ERA) for New York. Bystrom was making only his second appearance of the season for New York, having opened the campaign on the 60-day emergency disabled list after an operation that relocated the right ulnar nerve, repaired some ligament damage, and removed several bone spurs.

Chicago jumped on Bystrom for two runs in the top of the first, stringing together singles by Bryan Little, Harold Baines, and Greg Walker and a Fisk sacrifice fly. The Yankees matched that in their half of the inning on Don Mattingly’s two-run homer, his 13th of the season.6

The White Sox went ahead 3-2 in the third, thanks to an RBI single by Baines scoring . Salazar had singled, stolen second, and advanced to third on a groundout. The score remained 3-2 until the bottom of the sixth, when Mattingly took Burns deep again for a solo shot, knotting the game, 3-3.

It was in the bottom of the seventh, with the score still tied, that the game turned a bit strange.

Shortstop Andre Robertson led off with a single off Burns, and Bob Meacham pinch-ran for Robertson. Third baseman Dale Berra attempted a sacrifice bunt down the third-base line – on a full count – and ended up reaching on an error by White Sox third baseman Tim Hulett. Runners were at first and second with no out for Rickey Henderson, in his first season in New York after a December 1984 trade brought him from the Oakland A’s.

Henderson hit a drive to deep left-center field. Meacham was unsure if the ball would be caught by center fielder Salazar or left fielder Reid Nichols, so he went back toward second to tag up before reversing course, and then stumbled slightly.

Meanwhile, Berra had taken off from first and didn’t hesitate as Meacham had. So, when the ball finally came to rest on the warning track in deep left field near the 411-foot mark, only about 20 feet separated the two runners. Salazar picked up the ball and fired it to rookie shortstop Ozzie Guillen as Meacham and Berra rounded third.

Third-base coach Gene Michael tried to get Berra to hold up at third but it was too late. Guillen relayed the ball to Fisk in plenty of time to tag Meacham, who didn’t slide and instead tried unsuccessfully to knock the ball out of Fisk’s glove.

Fisk did a “matador” on Meacham for the first out of the inning. Meacham did succeed in twirling Fisk around slightly so that he wasn’t facing the field, but he recovered in time to tag Berra, who also did not slide. It was scored an 8-6-2 double play.

Henderson took second during all of the action at home. He was stranded there when Mattingly flied out to end the inning.

The deadlock continued until the 10th, when each team scored twice. The White Sox finally won it in the 11th on an RBI single by Salazar, with Juan Agosto nailing down the save in a 6-5 win.

The unusual double play was the biggest topic of conversation afterward. Said Meacham, “I did the right thing [tagging up] … The problem was I slipped trying to push off. That caused the problem.”7 Berra added, “When I saw the ball go over Salazar’s head, I was yelling for Bobby to run … but he slipped. I didn’t know he was going to slip. I didn’t know he was going to tag up. I don’t know what to say. I go as far as I can go. Obviously I shouldn’t have gone home. I should have stayed at second base and Bobby could have stayed at third if I didn’t follow him up. … I didn’t know what to do.”8

Yankees manager Billy Martin said after the game, “Berra just ran Meacham down. … Berra’s got no place to go. The play was right in front of him. Berra has to hold up when Meacham slips. He should have stayed at second base. We would have had bases loaded and nobody out with our best hitters coming up. They were booing Stick [Michael] and Meacham, but those guys shouldn’t be booed. I’ve never seen one in grammar school much less in the major leagues. … Berra ran the guy right into home plate. You have to use a little intelligence when running the bases, we had our big hitters coming up. We should have won this game in nine innings.”9

And what did Fisk think of all of this?

“I thought Meacham was gonna try and run interference for Berra. … I knew they were almost together. I figured Meacham would try and tie me up, but he spun me around and Berra was right behind. … I anticipated more of a crush at the plate. I was just fortunate I didn’t stand in Meacham’s way. If I had, and he ran into me, Berra could’ve walked over the plate.”10

Despite the blunder on the basepaths, the Yankees immediately thereafter went on a tear, winning 30 of their next 36 to march from 9½ games out of first to within a game and a half. They couldn’t quite get over the hump, though, and finished two games behind the eventual Eastern champion Toronto Blue Jays.

2 This double play with the bases loaded can also occur, much less frequently, with balls hit to other infielders.

3 A database of “two-tag” double plays identified six such plays in major-league history: the Washington Senators in 1933, the Kansas City Royals in 1979, the Toronto Blue Jays in 1985, the Montreal Expos in 1992, the New York Yankees in 2000, and the New York Mets in the 2006 National League Division Series. David Smith and David Vincent, “Tagging 2 Runners on a Double Play,” Encyclopedia of Baseball Catchers, accessed November 2, 2021, https://members.tripod.com/bb_catchers/catchers/doubletag2.htm.

6 Mattingly came into August with 12 home runs, but nearly matched his season total in August when he socked 11, and then hit 11 more in September and one in October to finish with 35.