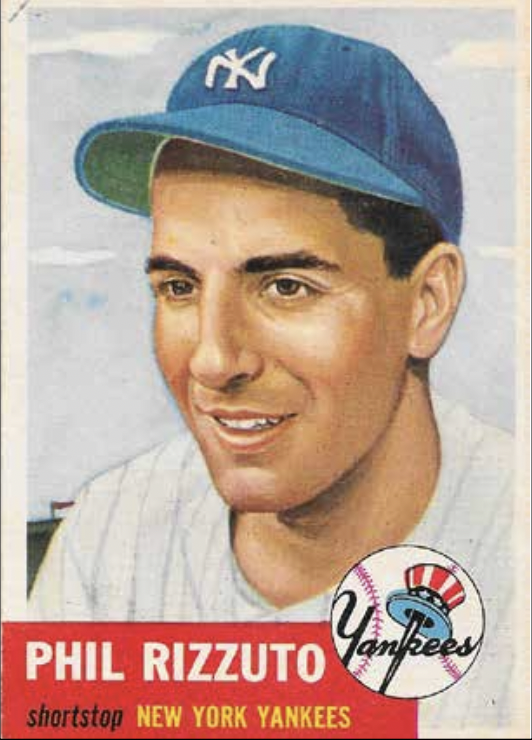 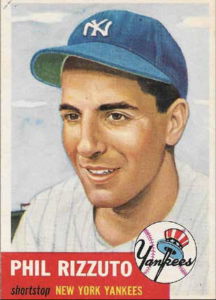 The ability of the New York Yankees to come from behind has long been part of baseball lore. Starting with the great 1927 team, the Yankees were associated with the slogan “Five O’Clock Lightning,” for their many late rallies leading to comeback wins.1 Of the many such wins in their storied history, August 20, 1947, stands out. At what was then known as Briggs Stadium,2 the Yankees gave up nine runs in the seventh inning to fall behind by eight, only to rally with three in the eighth and five in the ninth to send the game to extra innings, where they won in the 11th by a score of 14-13.

The Yankees went on to win the 1947 World Series. After finishing a close third in 1948, the Yankees won the World Series the next five seasons (1949-53) and then won the American League pennant in nine of the next 11 (1954-64), along with another four World Series championships.

After they finished third or fourth in the prior three seasons, the latest edition of the Yankees dynasty was forming in 1947. On August 20 the Yankees were first with an 11½-game lead. Despite their sizable lead, the Yankees’ recent play had been inconsistent, and first-year manager Bucky Harris was under fire from the New York press. From Harris’s perspective, “there [was] too much World Series talk on this club. … [w]e have got to do more ball playing and less talking.”3

August 20 was the final visit of the season by the Yankees to Detroit, the second of a two-game series with the then third-place Tigers.  As the Yankees took the field, their lineup featured stars of the past, present, and future. The Yankees had won the pennant in seven of eight seasons from 1936 through 1943 and no star shined brighter during that time than Joe DiMaggio. DiMaggio was 32 years old but in the midst of another fine season in which he would hit .315 with 20 home runs and 97 RBIs. Tommy Henrich, at age 34, was another stalwart from those great 1930s Yankees teams. Behind the plate was a 22-year-old rookie named Lawrence Peter “Yogi” Berra, who went on to win 10 World Series with the Yankees and make the Hall of Fame. The shortstop was another Hall of Famer, 29-year-old Phil Rizzuto, in his prime and three years shy of his 1950 MVP season.

The 1947 Tigers were a team in transition. After winning the World Series in 1945, they finished second in 1946, 12 games behind. And while they ended up finishing second to the Yankees in 1947 (again 12 games out of first), the 1948 team would drop to fifth. In 1947 the Tigers had some good young talent, led by 24-year-old third baseman and future Hall of Famer George Kell. Vic Wertz, a 22-year-old rookie, was in right field and center was patrolled by 26-year-old Walter “Hoot” Evers, in his first full season with Detroit.

The starting pitcher for the Tigers was Virgil Trucks, who pitched 12 of his 17 big-league seasons with Detroit. Opposing him for the Yankees was a 39-year-old journeyman, Bobo Newsom, near the end of a 20-year career, having been acquired by New York only a month earlier from Washington.

On a hot, humid, day, those among the 23,508 fans in attendance who liked offense were about to see quite a show. The game began as a see-saw affair: The Yankees scored three in the first only to see the Tigers come back with three in the second and one in the third to take the lead and send Newsom to the showers. In the fifth the Yankees regained the lead when Berra hit his 11th home run of the season to make it 5-4. The seventh inning was not kind to the Yankees as relievers Frank “Spec” Shea and Joe Page were lit up by the Tigers for nine runs. When the dust settled, Detroit had a seemingly insurmountable 13-5 lead with only two innings to go.

Yet, even after giving up nine runs and falling way behind, the “Yankee spirit would not wilt,”4 as they began to chip away against Trucks. DiMaggio singled in the eighth and, with the game seemingly lost, was removed for pinch-runner Bobby Brown. Brown took second on a single by first baseman George McQuinn, and the two runners scored on a triple by left fielder Johnny Lindell. That was it for Trucks. Rizzuto greeted reliever Al Benton with an RBI single to make it 13-8 in the middle of the eighth.

As the ninth inning began, with Benton on the mound, no one expected what came next. Allie Clark, a rookie who had replaced Henrich, singled leading off.5 After Berra singled, Brown followed with another single, scoring Clark. The next two batters made out, with one run scoring and the Yankees were down to their last out, trailing 13-10. Down but not out, as Lindell singled to make it 13-11. Now things were getting interesting. And they got more interesting when Rizzuto singled to left with Lindell racing to third and Rizzuto taking second on the throw to the base. Now with runners at second and third with two out, three runs in and two runs down, Yankees reliever Randy Gumpert was due up.

With the drama building, and Hal White in to replace Benton, Harris sent Lonny Frey up to bat as a pinch-hitter. The 36-year-old Frey was another midseason acquisition by the Yankees. Once a regular infielder in the National League, Frey was coming to the end of his career, in a season where he would bat .179 for the Yankees with only 28 at-bats. After joining the Yankees in June, Frey had been used mostly as a pinch-runner. He had only two plate appearances before this one, but the Yankees bench was nearly empty. Frey swung from the left side against the righty White.6 With the game on the line and a classic comeback in the making, Frey came through with a single, scoring Lindell and Rizzuto with the fourth and fifth runs of the inning, and  the Yankees had tied the game. For Frey it was his first hit as a Yankee and it is hard to imagine a bigger one. The speedy Frey stole second to put the winning run in scoring position but Snuffy Stirnweiss made the third out and the teams went to the bottom of the ninth tied at 13-13.

Rookie right-hander Karl Drews retired Detroit in the ninth and the game went to extra innings. Neither team threatened in the 10th. Then, in the 11th, with White still pitching for Detroit, Lindell singled with one out. Up stepped Rizzuto and he doubled, scoring Lindell from first. The Yankees had the lead, 14-13.

The Yankees took that lead to the bottom of the 14th but this game was not over yet. Doc Cramer batted for catcher Bob Swift and drew a walk from Drews. With Jimmy Outlaw running for Cramer, the Tigers sent a good-hitting pitcher (and future major-league manager), Fred Hutchinson, up to bat for White. He singled, sending Outlaw to third and now the Tigers had runners at the corners and nobody out. With the Yankees having already used five pitchers, this game was going to be for Drews to win or lose. At 6-feet-4 and nearly 200 pounds, Drews was “gigantic” for his time and, in his rookie season, no moment was more “gigantic” for the 27-year-old.7 In need of clutch pitching, Drews provided it as he got out of the jam, getting Eddie Lake to hit into a fielder’s choice with Outlaw being thrown out at home, and then retiring Jackie Mayo and Wertz to end the game. Eight runs down with two innings to go and the Yankees had come back to win it.

In 2005, four years before his death, Lonnie Frey was interviewed by the St. Louis Post- Dispatch and asked to name the one highlight of his career. He could not do it and responded that “every day was a highlight.”8 If pressed, Frey might have thought back to August 20, 1947, when his first hit as a Yankee completed an incredible two-out rally to tie the game in what would become one of the great comebacks in Yankees history.

1 In 1927, there were only day games and those at Yankee Stadium started at 3:30 P.M. Games typically lasted about two hours, so it would be around 5:00 P.M. that the late Yankees rallies would begin. Shane Tourtellotte, “‘Five O’clock Lightning’: A Legend of the 1927 Yankees,” The Hardball Times, August 1, 2018, available at tht.fangraphs.com/five-oclock-lightning-a-legend-of-the-1927-yankees/.

2 The ballpark, opened in 1912, was named Navin Field until it became known as Briggs Stadium in 1938. The name was changed to Tiger Stadium beginning in 1961 and remained that way through 1999, when the last game was played there.

5 Henrich left after the seventh inning “when his injured ankle started acting up.” Of course, with his team trailing 13-5, it did not make sense to leave him in. Dawson.

6 Prior to 1939, Frey was a switch-hitter before becoming exclusively a lefty batter.