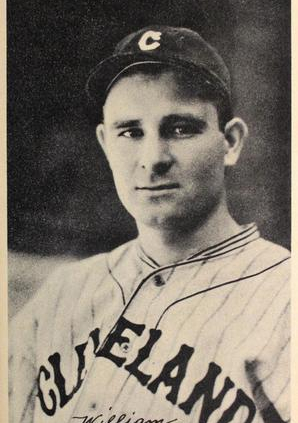 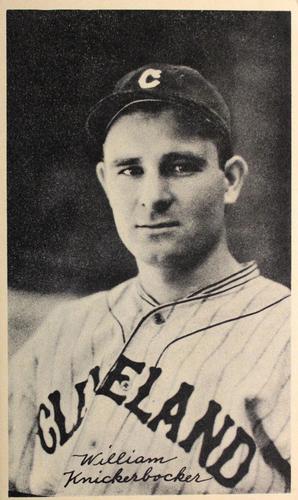 The Philadelphia Athletics hosted the Cleveland Indians to complete their four-game series on a warm Tuesday afternoon. The third-place Indians (59-53) were percentage points ahead of the Boston Red Sox and 15 games behind the AL-leading Detroit Tigers. The seventh-place Athletics (47-63) were a half-game behind the St. Louis Browns and 26 games behind Detroit. The previous Saturday the ballclubs split a doubleheader, with Philadelphia winning the opener, 2-1, and Cleveland blanking the Athletics 10-0 in the nightcap.1 Philadelphia won the Sunday afternoon matchup, 9-5, highlighted by a six-run second inning.2

The Indians were managed by Walter Johnson and led offensively by fellow future Hall of Famer Earl Averill in the outfield with breakout stars Hal Trosky and Odell Hale in the infield. The pitching staff featured Mel Harder, who had the lowest ERA (2.95) among qualifying (i.e., pitched at least one inning per team game played) pitchers in 1933, and youngster Monte Pearson, who won the 1933 AL ERA title with a 2.33 mark in 135⅓ innings.3 The Indians were attempting to break their string of four consecutive fourth-place finishes; after a strong July, they were within 5½ games of first place, but struggled with a mediocre August.

The Athletics appeared in three straight World Series from 1929 to 1931, but slipped into second and third place in the American League in the ensuing two seasons. The team still boasted a formidable offense, finishing second in the major leagues with 139 homers and 875 runs in 1933, but their pitching staff issued the most walks (644) and had the second-highest team ERA (4.81) in the majors. Future Hall of Fame powerhouse first baseman Jimmie Foxx continued leading the team in most offensive categories, with catcher Mickey Cochrane, outfielder Bob Johnson, and third baseman Pinky Higgins significantly contributing to Philadelphia’s strong offense. The Athletics struggled on the mound,  as longtime staff ace Lefty Grove departed Philadelphia during the preceding offseason, and the Athletics ineffectively filled the void left in his absence.

Oral Hildebrand started for Cleveland. The tall right-hander was pitching in his fourth year with the Indians. In 1933 Hildebrand was selected to the AL squad for the inaugural All-Star Game, although he didn’t appear in the game. He led Cleveland with 16 wins, 90 strikeouts, and 88 walks while finishing second on the staff with 15 complete games and 220⅓ innings. Entering the contest, Hildebrand was 9-7 with a 4.34 ERA in 149⅓ innings. He had lost his previous two decisions, though he defeated Philadelphia with a complete game after a shaky start on July 25.4 Hildebrand was a late bloomer; he didn’t play baseball until high school because his skills were needed on the family farm.5 He threw a fastball and curveball; in the 1933 edition of Who’s Who in Major League Baseball, Hildebrand was praised because “[h]e employs scarcely no windup yet specializes in a high-calibered fast ball that whistles past enemy batsmen. In addition he packs a baffling curve, but his chief stock in trade is a change of pace.”6

Right-hander Al Benton, one of four rookies in the Athletics’ rotation, started for Philadelphia. He was 7-8 with a 4.93 ERA in 140⅔ innings. Benton pitched the previous two seasons with minor-league Oklahoma City, winning 14 games and tossing over 200 innings each year. Benton primarily threw a fastball; later in his career, he developed a slider and curveball.7 He faced Cleveland on July 23 when he slowed an Indians rally, allowing no runs in 1⅓ innings, and was the pitcher of record when Philadelphia scored three ninth-inning runs on back-to-back homers to win 11-9.8

The game started quietly; in the first inning, both pitchers issued a walk with two outs without either runner advancing. The Indians scored in the second inning when Hale walked and Bill Knickerbocker singled. With one out, Moe Berg plated Hale on a single to right field. A groundout moved Knickerbocker and Berg into scoring position, then Milt Galatzer singled both runners home to give Cleveland a 3-0 lead.

Doc Cramer led off the Philadelphia third inning with a triple to center field and scored on Dib Williams’s sacrifice fly. Bob Johnson walked and Foxx doubled him home to trim Cleveland’s lead to one run. Higgins deposited a two-run clout into the left-field seats,9 his 12th homer of the season, to give the Athletics a 4-3 lead. Ed Coleman tripled, but a groundout and fly out prevented him from scoring.

Benton quieted Cleveland’s bats over the middle innings. Hildebrand continued struggling; in the fifth inning, the Athletics loaded the bases on a walk to Higgins, Coleman’s single, and an Eric McNair hit-by-pitch. With one out, Benton helped his own cause, beating out an infield hit and driving in Higgins. A fielder’s choice stopped Philadelphia from increasing its lead.

The Athletics scored again in the sixth inning. Williams singled to left. Johnson hit into a fielder’s choice, Foxx singled to center, and Higgins walked as Philadelphia loaded the bases for the second straight inning. Coleman ripped a single into right field, scoring two more runs. Hildebrand escaped further damage on a groundout and strikeout, but his day was finished with the Athletics leading 7-3.

In the seventh inning, Belve Bean relieved Hildebrand. Bean had pitched effectively in his recent outings, allowing three earned runs and winning three games in 18 innings pitched. Cramer greeted Bean with a double into the left-field gap but was thrown out trying to stretch his hit into a triple. Williams grounded out. Johnson and Foxx singled, but Higgins hit into a fielder’s choice as Cleveland remained within striking distance.

In the Philadelphia eighth, Bean walked leadoff hitter Coleman, who then scored on McNair’s double. After a strikeout, Benton singled, and McNair reached third. Cramer doubled to left field to score McNair. With two outs, pinch-hitter Lou Finney singled to left field, driving in Cramer and Benton. Foxx reached base on a hit-by-pitch, then left the game with a potential injury. The inning ended on a Higgins fly out. Philadelphia led 11-3 heading into the ninth inning.

Benton took the mound to finish off Cleveland in the ninth. Through eight innings, Benton had allowed three runs and five hits, including only two hits over the last six innings, and “there seemed no doubt that he would go to the finish.”10 But the Indians quickly loaded the bases on a single by Knickerbocker and back-to-back walks. Frankie Pytlak, pinch-hitting for Bean, walked, scoring Knickerbocker and ending Benton’s day. Rookie reliever Joe Cascarella fared no better as he confronted the top of Cleveland’s order. Cascarella walked the only two batters he faced; the Indians closed the gap to 11-6 with the bases still loaded and no outs. Sugar Cain relieved Cascarella and issued Philadelphia’s sixth consecutive walk. Although the Athletics finally recorded an out when Trosky hit into a fielder’s choice, Galatzer scored, and Cleveland brought the tying run to the plate. Hale hit an infield single and the bases were jammed yet again. Knickerbocker singled to score Trosky and advance Hale, who then scored on an error by third baseman Higgins on a relay from center field11 as the Indians rebounded from an eight-run deficit to tie the score. Recording only one out, Cain was replaced by Roy Mahaffey. Willie Kamm, the first batter Mahaffey faced, singled to left field on the first pitch12 to score Knickerbocker and Cleveland recaptured the lead. A double play mercifully ended the inning for Philadelphia, which allowed nine runs on four singles and six straight walks as the Indians batted around.

Willis Hudlin entered the game to save the game for Cleveland. Hudlin rushed to get ready for the bottom half; he had only started to warm up after Averill walked to bring in the Indians’ fourth run in the top half.13 Coleman popped out to the shortstop, and McNair grounded out to third base. Pinch-hitter Johnny Marcum replaced catcher Charlie Berry and flied out to left field, preserving the win for the Indians.

Cleveland scored nine unanswered runs to win the wild game in completely unexpected fashion. Knickerbocker led Indians hitters with three runs and four hits while Galatzer was the only Clevelander to drive home more than one run. All of Cleveland’s nine hits were singles, and Knickerbocker was the lone Indian with a multi-hit game. Philadelphia hitters banged out 18 hits, led by Cramer and Coleman, who had four hits apiece. Although four different Athletics scored two runs apiece, Philadelphia stranded 15 runners. Bean won his fifth game, Hudlin earned his fourth save, and Cain was charged with the loss.

The Indians finished third in AL in 1934 with an 85-69 record, 16 games behind pennant-winning Detroit, breaking their streak of four consecutive fourth-place finishes. The Athletics finished in fifth place with a 68-82 record, 31 games behind the Tigers. The ballclubs faced off 22 times during the season with Cleveland winning 13 games.