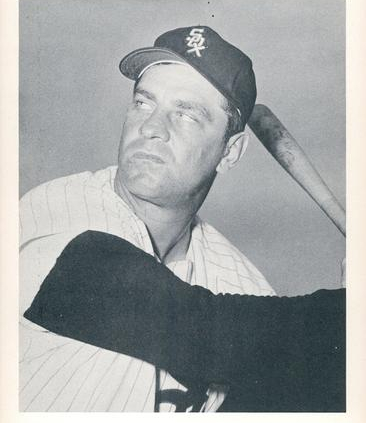 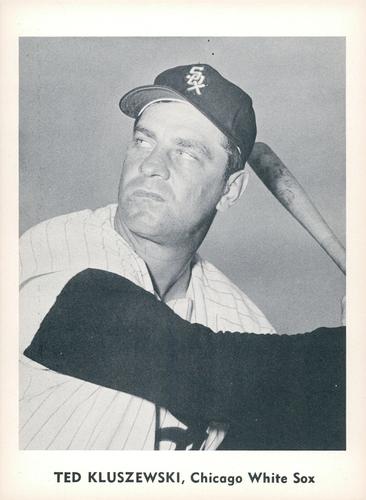 In late August of the seventh season since the St. Louis Browns’ move to Baltimore, the Orioles were in the midst of a full-fledged pennant race for the first time since the relocation. Well on their way to their first winning season in Baltimore, they were within striking distance of the first-place New York Yankees when the Chicago White Sox visited Baltimore for the first of a two-game series at Memorial Stadium. With both teams within 2½ games of the top spot, the series was expected to have significant pennant implications.

On a sunny Sunday afternoon, the pitching matchup for the first game of the series showcased 21-year-old Milt Pappas taking the mound for the Orioles against the 42-year-old future Hall of Famer Early Wynn, made his major-league debut with the Washington Senators four months after baby Milt came into the world. Lineups featured Brooks Robinson, Minnie Miñoso, Jim Gentile, Ted Kluszewski, Ron Hansen, and Luis Aparicio. However, headlines the following day cited third-base umpire Ed Hurley as more influential on the outcome than any of the stars.

After routine three-up/three-down first innings for both teams, the Orioles struck first with two runs in the bottom of the second. After a leadoff walk to Jim Gentile and Gus Triandos’s strikeout, Gene Stephens singled to right, and Ron Hansen plated Gentile with a single to center. Marv Breeding lofted a sacrifice fly to left, scoring Stephens, before Minnie Miñoso’s relay doubled up Hansen at second to end the inning.

Quiet third and fourth innings featured both pitchers cruising, until the Orioles struck again in the fifth. After Breeding singled and Gene Woodling was given an intentional walk, Brooks Robinson singled to center to score Breeding and give the Orioles a 3-0 lead.

After two more quiet innings, Pappas had yielded no runs on two hits through seven innings while showing no sign of fatigue. At this point, the game certainly displayed no evidence that it would be cited 60 years later in a compendium of memorable Orioles games, but that would change in the top of the eighth.

With two outs in that half inning, Aparicio and Nellie Fox singled, putting runners at the corners. Roy Sievers singled to right, scoring Aparicio and moving Fox to second. With two on, Kluszewski pinch-hit for Miñoso, representing the potential go-ahead run. Kluszewski lined Pappas’s second pitch into the right-field bleachers to give the White Sox an apparent 4-3 lead.

As the Baltimore Sun reported, “But down at third base came help from a most unlikely source. Hurley was making like a helicopter, supported nobly by Brooks Robinson, signaling ‘no play’ while Kluszewski circled the bases.” Hurley explained to manager Al Lopez that he had called time before the pitch to address the fact that two White Sox players – outfielder Floyd Robinson and first baseman Earl Torgeson, both of whom had just made the first two outs of the eighth as pinch-hitters, were warming up behind first base in foul territory, preparing to take the field in the bottom of the inning. Hurley had called time to instruct the two players to move to the designated bullpen area farther down right field, and Kluszewski was ordered back to the batter’s box.1 After an anticlimactic flyout to end the inning, the score remained 3-1 in favor of the Orioles. The Orioles went quietly in their half of the eighth, but not before White Sox second baseman Nellie Fox was ejected for arguing the nullification. The White Sox announced that they were playing the game under protest.

With one out in the top of the ninth, the White Sox loaded the bases, and Orioles manager Paul Richards summoned knuckleballer Hoyt Wilhelm to shut the door on a potential rally. Wilhelm struck out Torgeson and got Aparicio to fly to center field to end the game. With the win, coupled with a Yankees doubleheader split with the Detroit Tigers, the Orioles moved to within two games of first place, while the White Sox dropped to third place, three games back.

Not surprisingly, the White Sox were irate, and club President Bill Veeck filed a formal protest with American League President Joe Cronin. Veeck declared that Hurley’s ruling was a ridiculous decision. “I doubt that Hurley or any umpire in Hurley’s position on the field has the right to stop play at the time that Hurley did.” Lopez fumed, “He’s always sticking his nose into something that doesn’t concern him. He’s way over there on third base. (First-base umpire John) Flaherty told ’em to move down to the bullpen, but he didn’t call time. Neither did the guy at the plate (John Stevens).”2

Veeck based the protest on three rules that all essentially stated that an umpire cannot call time while a play is in progress – Veeck and Lopez contended that the pitch from Pappas was already in progress when time was called, and therefore not valid. Cronin dismissed the protest with a terse telegram, stating: “By reason of Organized Baseball’s rules 3.12 and 9.04 (b-2), your protest of the Chicago Baltimore game on August 28, 1960 is disallowed. Best wishes, Joe Cronin.” Rule 3.12 reads “When the umpire suspends play, he shall call time. … Between the call of ‘time’ and the call of ‘play,’ the ball is dead.” Rule 9.04(b-2) reads “a field umpire’s … duties shall be to take concurrent jurisdiction with the umpire-in-chief in calling ‘time,’ balks. …” Veeck appealed Cronin’s decision to Commissioner Ford Frick, but the appeal was disallowed based on the constitution of the league, which grants full authority to the league president.3

Hurley admitted he regretted calling time. “I wanted to dig a hole right in the ground and go down in it when that ball sailed right out of the park, but there’s nothing I could do about it. I probably feel worse about it than the White Sox do. But I called ‘time’ and there was no way I could take that back.” He added, “Sure, if I had it to do over again, I would wait. But you can’t call those things back. Suppose Klu had popped up. That wouldn’t have counted.” Earlier in the season, Hurley recalled, a similar situation happened at Memorial Stadium, when a Yankee popped out after time was called. He made sure to point out that Orioles manager Paul Richards did not say a word about the nullified out.4

The win ignited a seven-game Orioles winning streak – one week later they were in first place, with a two-game lead over the Yankees. However, the next two weeks were not kind to the Orioles: They saw their hopes for Baltimore’s first American league pennant evaporate as they lost 10 out of their next 14 games, leaving them four games behind the Yankees. Meanwhile, during the same stretch, the WhiteSox were 12-10 and found themselves even with the Orioles. Neither team could overcome the Yankees’ 15-game winning streak to end the season. New York won the pennant by 8 and 10 games over the Orioles and White Sox respectively, thereby rendering the late-August controversy essentially moot.

Hurley umpired through the 1965 season, when he was forced to retire with two other umpires (Joe Paparella and Bill McKinley) by the American League, which had lowered the mandatory retirement age from 60 to 55. Hurley had turned 55 in September of 1965.5

In December Kluszewski was selected by the Los Angeles Angels in the major-league expansion draft. He retired after one season with the Angels. Five years later, in December 1965, Pappas ended his solid career in Baltimore and was part (along with Jack Baldschun and Dick Simpson) of one of the most lopsided trades in baseball history – the trade that brought Frank Robinson to Baltimore.