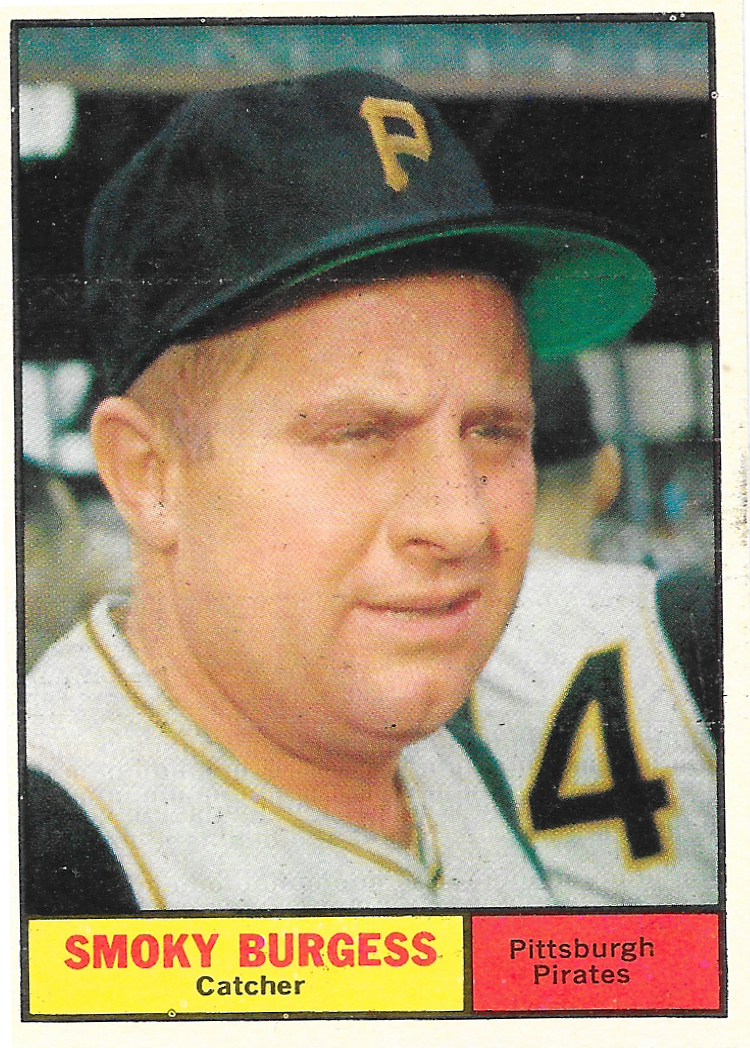 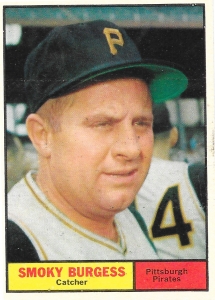 “We just got slaughtered,” muttered St. Louis Cardinals skipper Johnny Keane following his team’s 19-0 drubbing by the Pittsburgh Pirates.1 Not only did the Bucs hand the Redbirds their worst whitewashing in franchise history, they tied a 55-year-old NL record (since broken) for the most lopsided shutout in league history.

The Pirates and Cardinals were heading in opposite directions when they met for the second contest of a two-game series in the Gateway City. Keane had replaced skipper Solly Hemus about a month earlier and had the sixth-place squad (48-52) playing its best ball of the season, guiding them to a 15-11 record.

Manager Danny Murtaugh’s reigning world champion Bucs (45-49), however, were in a free fall. They had lost 13 of their last 15 games and had plummeted from third to fifth place, tied with the Cardinals 14½ games behind the front-running Los Angeles Dodgers. “Every game is a crisis these days with the Pirates,” wrote beat writer Lester J. Biederman in the Pittsburgh Press.”2

The Pirates were in dire need of strong pitching – something they hadn’t recently experienced. During the nosedive, the staff had yielded at least 10 runs in a game three times, including a whopping 16 to the San Francisco Giants. Toeing the rubber for the Bucs was 35-year-old Harvey Haddix, whose 6-5 slate thus far improved his career record to 112-95 in 10 seasons. Known as the Kitten, the 5-foot-9 hurler knew what it was like to pitch when his team didn’t score. Two years earlier, he had authored one of the most famous games in baseball history, tossing 12 perfect innings against the Milwaukee Braves, then losing the game in the 13th, 1-0.

Slumping Pirates batters had scored only 13 combined runs in their previous five games, but batting-practice pitcher Virgil Trucks noticed something different about the team’s approach before this contest. “They were hitting me hard … before the game,” said the former smoke-thrower with 177 big-league wins, “and often that’s a tipoff that a team is going to hit the ball well during the game.”3

It’s doubtful that Trucks was a fortune-teller, but the 11,514 spectators in Busch Stadium (formerly called Sportsman’s Park), located at the intersection of Grand and Dodier on the north side of St. Louis, witnessed the worst defeat in post-1900 Cardinals history. The Pirates came out swinging against the 31-year-old journeyman Al Cicotte. Cicotte was the great-nephew of former Chicago White Sox pitcher Eddie Cicotte, who was allegedly one of the ringleaders of the 1919 World Series fixing scandal that led to his and seven teammates’ lifetime banishment from the game. Al was banished from this game in the third inning.

With two on and two out in the initial inning, Roberto Clemente, laced a single to drive in Bob Skinner for the first run of the game. Smoky Burgess, mired in a 6-for-57 slump, sent a towering home run to deep right field that landed “on the roof,” noted sportswriter Jack Hernon in the Pittsburgh Post-Gazette, to make it 4-0.4 “I had a sore finger,” explained Burgess about his struggles, “and that was affecting my grip on the bat.”5

Spotted a four-run lead before he threw his first pitch, Haddix was given a “rocking chair assignment,” opined Biederman.6 That’s not how the former the Redbird, who won 20 games (1953) and earned three All-Star berths in Cardinals red, approached the game. The Kitten “pitched as though it were a close one,” continued Biederman, even as the runs piled up for the Bucs. He set down the first six batters he faced, and encountered trouble only once. In the third inning he loaded the bases on three singles with two outs, but escaped the threat.

Haddix yielded only two more baserunners the entire game: Ken Boyer led off the seventh with a single, but was erased in a 6-4-3 twin killing; and Bill White drew a two-out walk in the ninth. “I was just hoping to go nine innings,” said Haddix, who whiffed seven and recorded the 20th and final shutout in his eventual 14-year career. “I’m a seven-inning pitcher, you know. I still went full speed with the lead because that’s the only way I know how to pitch.”7

The kitten purred, but this game was about the Bucs blasters, who collected runs like baseball cards. “The slaughter read like a Social Security number on the Busch Stadium scoreboard for the first six innings: 4-2-2-3-6-2,” declared sportswriter Neal Russo in the St. Louis Post-Dispatch.8 In the second, Skinner’s second of three doubles drove in a pair. In the following frame, Burgess blasted his second round-tripper, his ninth of the season, to deep right-center field for two more runs and ended Cicotte’s evening.

In came 22-year-old right-handed mop-up artist Bob Miller, who was obliged to take one for the team. Doubles by Clemente and reigning NL MVP and 1960 batting champ Dick Groat accounted for three more tallies in the fourth. Miller, a St. Louis native who eventually went on to a 17-year career in the big leagues, labored through an inglorious fifth, loading the bases with no outs. Shortstop Bob Lillis’s error on Skinner’s grounder enabled Haddix to saunter home, then Dick Stuart, en route to a team-high 35 home runs, applied the coup du grace by smashing a grand slam to deep left to give the Bucs a 16-0 lead. Miller hung in there; or was hung out to dry, depending on one’s perspective. Clemente doubled again, the fourth of his five consecutive hits. (The Great One would go on to lead the NL with a .351 average in ’61, the first of four times he led the NL in batting average.) He scored on Groat’s one-out grounder for the sixth and final run of the frame.

The Redbirds’ third and final pitcher, Lindy McDaniel, began the sixth in relief of Miller, whose  final line (10 hits, seven of nine runs earned, and two walks) was forgettable. Stuart victimized McDaniel for a one-out RBI single. After Clemente loaded the bases with the Pirates’ fourth single of the inning, Burgess drew a walk to force in Skinner for the Bucs 19th and final run. McDaniel finished the game by tossing three scoreless innings, though he gave up a trio of hits.

The Pirates’ 19-0 victory tied a 55-year-old twentieth-century NL record for most runs in a shutout, equaling the Chicago Cubs’ output against the New York Giants on June 7, 1906, and matched the franchise record achieved against the Washington Senators twice in the nineteenth century.9 The Bucs whacked 24 hits, including seven doubles and three home runs, and the game was completed in 2 hours and 36 minutes.

The offensive heroes were many: Clemente had five hits (two doubles), scored four times, and drove in two runs; Skinner knocked in three on his three doubles and scored four times; Bill Virdon scored three times and singled three times; Burgess drove home six runs and scored three times, and Stuart plated five. “The 19-0 football-score pounding was sort of retribution for Haddix, whose Pirate teammates had failed him two years ago in one of the greatest pitching performances,” wrote Neal Russo, seemingly excited for the Kitten whose name went into the record books.10

The Cardinals’ 19-run loss was the worst shutout the proud franchise had ever experienced. They had been blanked 14-0 four times, most recently by Johnny Podres and the Brooklyn Dodgers in the first game of a doubleheader on July 17, 1953, at Ebbets Field. Manager Keane took the loss with a grain of salt. He was managing in the big leagues for the first time, but had skippered Cardinals farms teams from 1938 to 1958. “In a way,” he said in his Texas drawl, “it’s better than losing 2 to 1 because we didn’t have to look back and see where a mistake here or there cost us a ballgame.”11 He suggested that the team could quickly forget the results of the game, but also found a silver lining. “We were able to detect some flaws,” he said. “Our pitchers were tipping off their pitches. I don’t know how many the Pirates caught, but we could call quite a few pitches from our bench.”12

The 1960 World Series champion Pirates didn’t find their moxie after their historic triumph. They continued to sputter, finishing under .500 (75-79) and in sixth place, 18 games behind the pennant-winning Cincinnati Reds. Keane proved to be exactly what the Redbirds needed after their worst stretch of baseball in more than four decades, finishing with a losing record in five of the last seven seasons. He led the Cardinals (80-74) to a fifth-place finish, challenged for the pennant two years later, finishing runner-up to the Dodgers, and then won the pennant and World Series in 1964.

5 “Two Years Too Late for Haddix,”