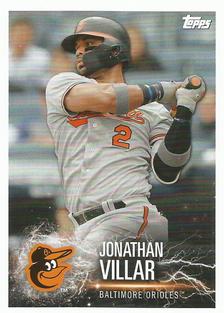 It had been 10 seasons since a Baltimore player hit for the cycle. An announced crowd of 20,151 came to Camden Yards to watch the New York Yankees take on the Orioles in an August night game. Baltimore’s shortstop and leadoff batter, Jonathan Villar, collected the four hits (single, double, triple, and home run) needed to complete the cycle. However, his performance was somewhat overshadowed as Orioles pitching enabled the Yankees to set a new home-run record.

New York (72-39) brought a five-game winning streak into the contest, having just swept four games from the Boston Red Sox at Yankee Stadium. Now, the first-place Yankees began a three-game series with the cellar-dwelling Orioles (38-73). For Baltimore, this game was also the first of 13 straight contests against teams with playoff aspirations. A pair of right-handers faced off: Gabriel Ynoa (1-6, 5.55 ERA) for the Orioles and Masahiro Tanaka (7-6, 4.78) for the Yankees.

New York scored first. With two outs in the top of the second, Austin Romine homered on a line drive to deep left field. The umpires reviewed the at-bat and upheld the call.

Two of the Orioles’ first 12 outs came at home plate. In the third, Villar, who had struck out swinging in his leadoff at-bat in the first inning, tripled to center with one out. Trey Mancini brought him home with a single up the middle, tying the score. However, Mancini was gunned down at the plate as he tried to score from second on a one-out double by Anthony Santander. Yankees shortstop Didi Gregorius’s relay throw was perfect. An inning later, Jace Peterson and Chris Davis, both of whom had walked, occupied the corners with two outs. With Stevie Wilkerson in the batter’s box, Davis took off for second. New York catcher Romine’s throw to Gregorius covering second was high, and Peterson raced toward home. Davis was credited with his first stolen base of the 2019 season, but Gregorius again made a perfect throw back to Romine, and home-plate umpire Ed Hickox called Peterson out. The Orioles challenged the call, but the official review upheld the original call, and the score remained tied, 1-1.

New York erupted for three runs in the top of the fifth. Brett Gardner led off with a single, and an out later went to third as Mike Tauchman singled over second base. Breyvic Valera, who had played for Baltimore at the end of the 2018 season, grounded a triple into right field, driving in both runners. DJ LeMahieu sent a ball to Villar at short, but Villar’s errant throw allowed LeMahieu to reach safely. Valera scored, making it a 4-1 ballgame.

In the home half, Villar hit a one-out soft line drive into right field. Yankees right fielder Aaron Judge “nonchalantly approached the ball and tossed it into the infield.”1 Villar had run hard to first and never stopped, making it safely into second base with a double. But his teammates left him stranded.

In the bottom of the sixth, the Orioles sent eight batters to the plate and chased Tanaka from the game. Renato Nunez doubled to lead off and Peterson homered over the left-center fence. Hanser Alberto singled, Chance Cisco doubled, and Davis hit a sacrifice fly to deep center to drive in Alberto (Cisco moved up to third base on the out). Tommy Kahnle trotted in from the bullpen to replace Tanaka on the mound. Villar capped the five-run outburst by hitting his 15th home run of the season, a two-run shot over the wall in right-center. According to the Baltimore Sun, Villar’s “Swiss Army knife of a celebration included stopping, staring, bat-flipping, skipping, clapping and looking into the Orioles dugout before completing his run around the bases.”2

In the eighth inning, Orioles manager Brandon Hyde turned to left-hander Paul Fry to face a few left-handed batters in the New York lineup. That strategy failed. Mychal Givens had pitched a 1-2-3 seventh for Baltimore, and he struck out Gleyber Torres to start the eighth inning. Then Fry entered the game. Mike Ford hit a towering home run. Hyde’s move to bring in Fry “made waste of a five-run Orioles rally in the sixth that starred Villar.”3 It was Ford’s second big-league home run. Gardner followed with a single, and after Romine struck out, Tauchman launched his second homer of the game, a line drive to deep left-center. The Yankees held a three-run lead, 9-6.

In the ninth Villar completed the cycle by “flipping an Aroldis Chapman fastball into right field”4 for a single. The crowd awarded Villar with a standing ovation. First-base coach Arnie Beyeler informed him of the accomplishment, and Villar responded with, “Really?”5 Later he told the press, “It’s the same rule as when a pitcher throws a no-hitter. Nobody says anything.” The Yankees held on to win, 9-6.

The five home runs in this game by the Yankees gave them 32 total long balls hit at Camden Yards for the season. This set a new record for the “most by any team at a visiting ballpark in major league history.”6 In the next two games against Baltimore, (August 6-7), New York hit 11 more home runs, extending its record to 43 total round-trippers hit at Camden Yards in 2019. In just this three-game series, the Yankees slugged 16 home runs.

For the 2019 season, Baltimore pitchers served up 305 home runs to opposing batters. The Yankees hit 306 homers as a team in 2019, one less than the record-setting Minnesota Twins.

The Yankees had defeated the Orioles on Opening Day (March 28) and then lost the next two games of that initial three-game series. Since then, New York had won every game against Baltimore, finishing with a 16-game winning streak against the Orioles. The Yankees rallied in this game for their 37th come-from-behind win, which tied their 2018 season total.

Villar became the fifth player in the majors to hit for the cycle in 2019, joining Minnesota’s Jorge Polanco (April 5 against the Phillies), the Los Angeles Angels’ Shohei Ohtani (June 13 against the Rays), Cleveland’s Jake Bauers (June 14 against the Tigers), and Washington’s Trea Turner (July 23 against the Rockies, his second career cycle).8

8 On September 17, 2019, Toronto’s Cavan Biggio hit for the cycle against the Orioles, bringing the total to six cycles during the season.