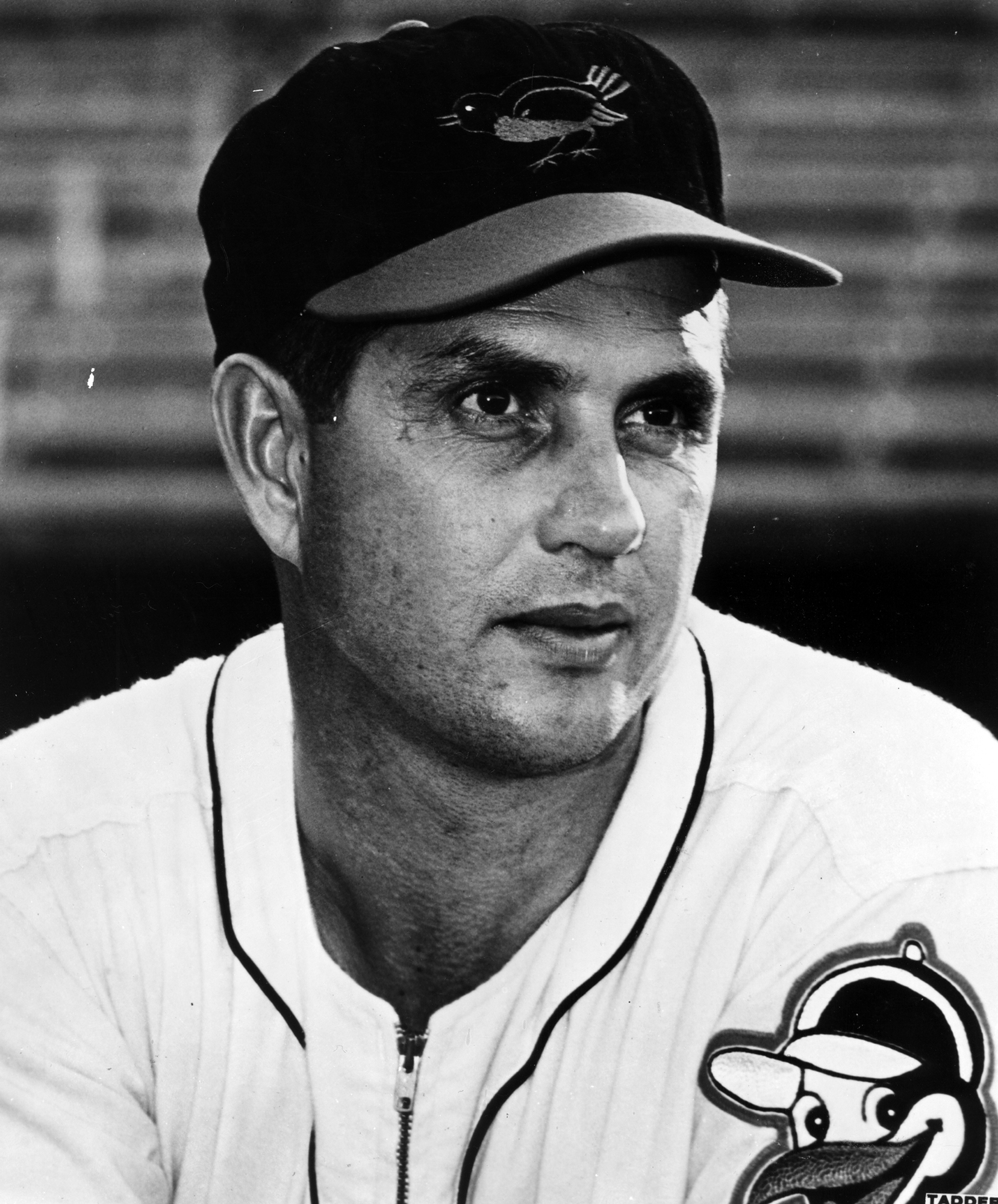 The Baltimore Orioles and Chicago White Sox had a tendency to play extra-inning games against each other in 1959. The one on August 6 took the prize for longest but it ended, frustratingly, without a winner. The two teams battled for an Orioles-record 18 innings, but at the end of the night the exhausting game was all for naught. The game, which remained tied 1-1 after 18 innings, was called because of a midnight curfew, and it was replayed later in the season.

The two teams had battled in two 10-inning and two 17-inning games earlier in the season. The White Sox had taken three of those games, including the two marathons.

The White Sox, managed by Al Lopez, had flirted with first place the entire season, as they battled the Cleveland Indians. The White Sox were never more than 4½ games behind the league leader. During a 12-day stretch in the first half of June, they either held first place or were tied with Cleveland. There was a similar stretch of 11 games in the second half of July. Chicago finally took possession of the lead on July 28, and did not relinquish it for the balance of the season. Coming into the game on August 6, Paul Richards’ Baltimore squad was in third place, 10 games behind the White Sox.

The grueling 4-hour 8-minute game on August 6 remarkably used only four pitchers.1 Billy Pierce was the workhorse for the White Sox, going 16 innings before yielding to Turk Lown. Orioles starter Billy O’Dell threw eight innings, followed by 36-year-old Hoyt Wilhelm, who finished the game. O’Dell was very familiar with the White Sox lineup, since it was his sixth start of the season against them, including two against Pierce. Each pitcher had recorded a winning decision.

The game was played before 8,707 fans at Baltimore’s Memorial Stadium.

The White Sox scored first, in the top of the third inning, when John Romano tripled with two out, scoring Al Smith from first. Romano’s hit bounced off the padding atop the seven-foot wire fence in left-center. Orioles left fielder Gene Woodling could have possibly made a play on the hit; he was able to run to the fence in time, but since there was no warning track at that spot on the field, he did not position himself to jump and attempt the catch.2

For the next four innings, each team had only one chance to hit with a runner in scoring position, but failed to push across a run.

In the bottom of the eighth, Richards went to his bench in an attempt to manufacture a run, and it worked. Chico Carrasquel pinch-hit for Willy Miranda and led off with a single. Running for Carrasquel, Albie Pearson took second on a sacrifice bunt by Bob Boyd, who pinch-hit for O’Dell. After pinch-hitter Bob Nieman was intentionally walked, Willie Tasby singled to score Pearson for Baltimore’s only run of the game.

Wilhelm entered the game in the top of the ninth. Normally a starter in 1959, the knuckleballer had just won a complete game against the Indians four days before. He had a scare in the 11th inning, when Romano reached third as a result of a walk, a sacrifice, and a passed ball. But Wilhelm struck out Billy Goodman to get out of the inning.

Pierce was magnificent after the run-scoring eighth: He retired 12 in a row until Joe Ginsberg singled with two outs in the 12th. He survived two threats in the last two innings of his outing. Left fielder Smith threw out Wilhelm at the plate in the 15th when he tried to score from second base on the Orioles’ third single of the inning. Pierce gave up a two-out double to Walt Dropo in the 16th, but again got out of the inning without allowing a run.

Wilhelm was even better: He had an eight-inning no-hitter in relief going into the top of the 17th inning, but he wound up giving a two-out single to Goodman. Lown relieved Pierce in the bottom of frame and retired the side in order.

With the game approaching the city’s 11:59 P.M. curfew, both teams had been informed that no inning would start after 11:55. Thus, when the 17th inning ended at 11:52, everyone knew the next frame would be the last.3

The White Sox made a last-ditch effort to end the marathon in the final inning and nearly succeeded at the expense of the exhausted Orioles team. Wilhelm gave up his second hit, to Sammy Esposito, who hit a slow roller over the mound. Shortstop Billy Klaus’s throw to first base skipped past Dropo, but a heads-up play by catcher Ginsberg, backing up the throw to first, kept Esposito from taking second. However, Esposito then advanced on a passed ball by a tired Ginsberg, who had caught the entire game. After an intentional walk to Nellie Fox, another passed ball advanced the White Sox runners to second and third. But Wilhelm retired Smith on second baseman Billy Gardner’s catch of a fly ball far down the right-field line to end the threat.4

Baltimore was unable to take advantage of its last chance to win the game. Lown retired the side, allowing only one baserunner. The game finished 13 minutes after midnight.5

Pierce scattered 11 hits and three walks (including two intentionally), while striking out seven. Lown, one of the White Sox’ main stoppers along with Gerry Staley, closed out the game. He struck out two and yielded one hit. Lown had pitched six innings in relief in the 17-inning game on July 25 and was credited with the win.

O’Dell completed eight innings, yielding five hits and four walks, while Wilhelm gave up three walks and two hits. Wilhelm jokingly told O’Dell after the game, “I’m not relieving you any more, O’Dell. You got all the runs.”6

The White Sox offense was severely constrained by the first three hitters in the lineup (Luis Aparacio, Fox, and Smith) managing to get only two walks in 24 plate appearances. Romano was the only White Sox player with more than one hit. The Orioles’ 12 hits included two each by Brooks Robinson, Tasby, Dropo, and Ginsberg.

The game was the longest in both leagues in 1959. It was the longest (in innings) for the Orioles franchise since it moved to Baltimore in 1954. When the franchise existed in St. Louis, the Browns played a 19-inning game in 1921.

Wilhelm was not unfamiliar with the reliever role. He broke in as a relief specialist as a 29-year-old rookie with the New York Giants in 1952. In fact, the 1959 season was the only one of his 21-year major-league career in which he was used primarily as a starter. The right-hander wound up leading the American League in ERA (2.19). He was still making appearances out of the bullpen at age 49 and became the first full-time reliever to be elected to the Baseball Hall of Fame.

The deadlocked game was replayed on September 11 as part of a twilight-night doubleheader. The Orioles shut out the White Sox twice. There was a bit of déjà vu in the second game of the twin bill, which lasted 16 innings with a 1-0 score. It was the teams’ sixth extra-inning contest against each other in 1959.

Baltimore fell to sixth place by the end of the season, 20 games behind the White Sox.

The White Sox retained their first-place lead throughout the rest of the season. After finishing in second place behind the New York Yankees in 1957 and 1958, they claimed their first American League pennant since 1919, the year they were involved in the infamous Black Sox Scandal in the World Series.

Known as the “Go Go Sox” for a scrappy style of play that included the most stolen bases and the fewest home runs in the American League, they lost the 1959 World Series to the Los Angeles Dodgers in six games. In the only two seasons of the 1950s in which the Yankees did not win the American League pennant, Lopez took teams to the World Series, including the ’54 Indians.