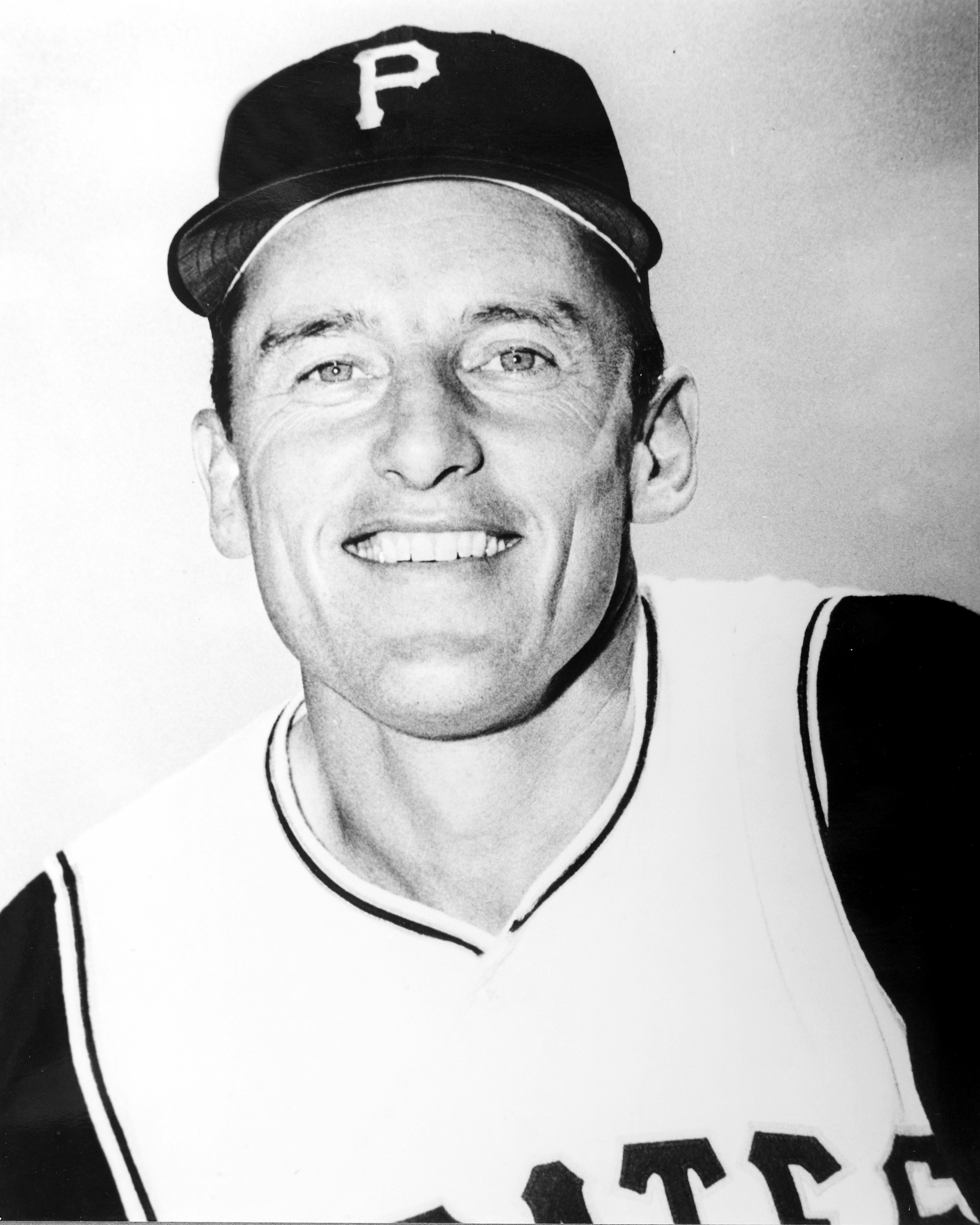 “When you win that kind, you’ve got to win the pennant. You appreciate that kind of game. The fellows really pulled me through today. It’s been a long time since I’ve won that kind of game.” — Vernon Law after the Pirates had scored three 10th-inning runs to come from behind and defeat the Giants 8-7.1

San Francisco had a new ballpark in 1960, but the Giants had experienced a June swoon. After contending in 1958 and collapsing at the end of 1959, ownership was frustrated when the team, after leading the league by one game on May 28, lost 12 of 20 games to fall four games behind the Pirates. They dispatched manager Bill Rigney 58 games into the season. When the Giants visited Forbes Field in August, they had sunk to fifth place, and as they took the field on the 6th, the Giants trailed the league-leading Pirates by eight games.

The Pirates had risen from the ashes. They were baseball’s worst team in 1952 and had not been to the World Series since 1927. In 1958, they had escaped the second division. General manager Joe L. Brown virtually completed the rebuilding job commenced by Branch Rickey by bringing on board Don Hoak, Smoky Burgess, and Harvey Haddix at the beginning of 1959. Role players like Gino Cimoli and Hal Smith were added in 1960. On May 30, 1960, after flirting with first place during the season’s first 39 games, the Bucs gained undisputed possession of that slot, and by August 6 their league lead was four games.

A Saturday-afternoon crowd of 33,759 (28,246 paid) was at Forbes Field as Giants rookie pitcher  Juan Marichal (3-0) took on Pirates ace Vernon Law (14-5). Marichal, who had been called up from Tacoma in July, had been nothing short of spectacular in his first three starts, winning each game and allowing only three runs in 28 innings. In his most recent start, at Philadelphia on August 2, he left the second game of a doubleheader in the seventh inning with a three-run lead, but the bullpen squandered the lead. Law, who had debuted with the Pirates in 1950, was having his best season.

The leadoff batter for the Giants was second baseman Don Blasingame, who was retired easily as were Jim Davenport and Willie Mays. In the bottom of the first inning with two outs, the Bucs broke on top as Bob Skinner homered on the first pitch he saw, his 13th of the season, slamming a ball into the upper deck of the right-field stands. It was the first homer Marichal had allowed as a Giant. Skinner had been slumping, and prior to the homer had gone 3-for-18.

The Giants moved in front in the third frame. Catcher Bob Schmidt led off with a single and when Blasingame tripled to right past Cimoli (playing for the injured Roberto Clemente), Schmidt scored the tying run. Clemente had injured himself in the series opener against the Giants. After making a spectacular catch on a ball hit by Mays, he went into the wall face first. For the next six games, he was replaced by Cimoli. The official scorer was generous in awarding the triple as the ball, which should have been only a single, had gone between Cimoli’s legs. Jim Davenport’s single plated Blasingame and the Giants led 2-1.

Marichal’s control uncharacteristically eluded him in the bottom of the third, and he walked Bill Virdon and Rocky Nelson. Cimoli stroked a two-out triple past Willie Kirkland in right field and the Pirates regained the lead, 3-2. The Giants threatened in the fourth inning when Felipe Alou singled with one out and stole second base. He was left stranded as Law intentionally walked Andre Rodgers and retired Marichal on a fly ball that Pirates captain and shortstop Dick Groat corralled in short left field.

The Giants mounted a threat in inning five. A walk to Blasingame and a hit-and-run single by Davenport put runners at the corners with none out and Mays up. Willie grounded into a 4-6-3 double play, scoring Blasingame from third, but there was no further damage. The score was tied, but not for long.

Virdon led off the Pirates’ fifth inning with a single, stole second base, and advanced to third on Groat’s grounder to the right side. He scored on Skinner’s single up the middle against the drawn-in infield. The Pirates took the 4-3 lead into the seventh inning and Giants manager Tom Sheehan lifted Marichal for pinch-hitter Jim Marshall. Marshall flied out and Law got through the inning unscathed. Sherman “Roadblock” Jones came in to pitch for the Giants and the Giants flirted with disaster in the Pirates’ half of the seventh inning. With two outs, Bob Skinner hit a fly ball to short center field. Blasingame and Mays converged on the ball and collided. Blasingame made the catch for the third out. Pittsburgh then extended its lead in the eighth inning. Nelson singled and was moved to third by a Cimoli sacrifice and a groundout by Hoak. He scored on a single by second baseman Bill Mazeroski, and the score was 5-3.

Sheehan made several moves in the Giants’ ninth inning. Veteran Dave Philley was sent up to hit for Schmidt and the lefty singled off Law, getting just enough of his bat handle on the ball. Sheehan inserted Billy O’Dell as a pinch-runner but the move proved unnecessary as former Pirate Dale Long, pinch-hitting for Jones, homered to tie the game. It was Long’s third homer of the season, each in a pinch-hitting role. In the bottom of the inning, the Giants realigned their defense and Johnny Antonelli came on to pitch. One of the few remaining New York Giants, Antonelli dispatched the Pirates in the bottom of the ninth and the game went into extra innings.

The 10th inning provided end-to-end excitement. With one out in the Giants’ at-bat, Mays singled and, after Kirkland flied to right, scored on Orlando Cepeda’s 19th home run of the season. He took an outside pitch and lofted it to right field. The ball cleared the fence just inside the foul pole.

Defensive lapses, miscues, and omissions defined the Giants in the bottom of the 10th. Cimoli opened the inning with a single and advanced to third when Mays bobbled a single by Burgess. Dick Schofield ran for Burgess. Hoak’s single scored Cimoli and advanced Schofield to second, closing the gap to 7-6. For Hoak, who had come into the game in an 0-for-11 slump, it was his first hit in 16 at-bats. Sheehan replaced Antonelli with the Giants’ top reliever, Stu Miller. With runners on first and second, Mazeroski executed a perfect bunt to put the tying and winning runs in scoring position with one out. On the play, Giants third baseman Joey Amalfitano had a chance to force Hoak at second base, but elected to get the sure out at first. Dick Stuart was sent up to pinch-hit for Law and, when the count got to 2-and-1, was walked intentionally, loading the bases for Virdon.

Virdon’s fly ball to short right field scored Schofield, and the game was knotted at 7-7. A close play at the plate was expected, but right fielder Kirkland threw to second base, preventing Hoak from advancing to third. Groat stepped to the plate. He had not missed a game all season and was playing in his 101st game. It had not been the best of days for Groat. He was in a 3-for-26 slump and had gone 0-for-5 in this game. He had seen his batting average drop from .317 on July 27 to .305. With one swing of the bat, he made his day, and that of the team, successful, singling past shortstop Davenport into center field. Hoak raced home ahead of the throw from Mays, giving the Pirates an 8-7 win.

The day’s attendance pushed the Bucs’ attendance for the season to over one million for the third consecutive season. They drew 1,705,828 for the season, a Forbes Field record. The Pirates would not draw that many again until 1988 at Three Rivers Stadium.

It was Law’s 15th win of the season. For the season, he compiled a record of 20-9, tied Warren Spahn and Lew Burdette with a league-leading 18 complete games, and was named the National League Cy Young Award winner.

The Pirates, with the win, extended their league lead to 4½ games. They went on to win the National League pennant and defeat the New York Yankees in the World Series.