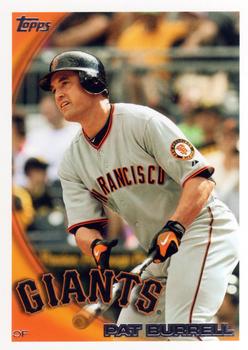 The evening of Friday, August 6, 2010, was to be a very special night at Turner Field in Atlanta. The Braves would play the San Francisco Giants in the second game of a four-game series, and before that game Tom Glavine, the former star pitcher of the Atlanta Braves, was to have his number 47, retired. Number 47 would be placed alongside former teammate Greg Maddux’s number 31 on the façade in left field. Glavine, who won 305 major-league games (244 with Atlanta) was part of the dominant Atlanta pitching staff in the 1990s. Maddux was another stalwart if not the leader of that staff. Besides Maddux, other Braves players who have had their numbers retired are Hank Aaron (44), Warren Spahn (21), Eddie Mathews (41), Dale Murphy (3), Phil Niekro (35), Bobby Cox (6), John Smoltz (29), and Chipper Jones (10).1

To make the game even more special, the Society for American Baseball Research was having its annual convention in Atlanta and many of the attendees would be at the game. At a luncheon in downtown Atlanta on that same day, Glavine was inducted into the Braves Hall of Fame.

As is often the case on a summer evening in Atlanta, the threat of storms was forecast for the evening hours. Just before the Glavine festivities were to begin, the rain started to fall. After a long delay, the ceremonies started with Baseball Hall of Fame member Don Sutton, the Braves’ radio announcer, discussing Glavine’s career. Both Atlanta manager Bobby Cox and general manager John Schuerholz also spoke. (Cox and Schuerholz are also enshrined in Cooperstown.) Concluding the ceremony, Glavine commented, “I was taken aback when I saw my number for the first time. It’s really great to know that every time I come to the ballpark or my kids come, my number is there to see.”2 After he spoke, Glavine and his three sons threw out the ceremonial first pitches.3

The game was now ready to begin. The Braves were led by Chipper Jones, now in the twilight of his career, rookie sensation Jason Heyward, starting pitcher Tim Hudson, and reliever Billy Wagner. The Giants had the formidable young pitching staff of Tim Lincecum, Matt Cain, Madison Bumgarner, and their own standout rookie, catcher Buster Posey.  Bruce Bochy was the Giants manager. The starting pitchers were Barry Zito for the Giants and Tommy Hanson for the Braves. The Giants’ record was 62-47 and they were in second place in the National League West while the Braves (62-46) were leading the East Division.

The Giants scored in the first with a run manufactured by center fielder Andres Torres. He led off the game with a single and stole both second and third before scoring on Aubrey Huff’s groundout. Torres was a pleasant surprise for the Giants in 2010.

Zito pitched well for the Giants but gave up two bases-empty home runs. The first was by Alex Gonzalez, the Braves shortstop, in the fifth. In the sixth, Chipper Jones went deep.

With the Braves leading 2-1 going into the eighth inning, Jonny Venters relieved Hanson, who had limited the Giants to one run and three hits in seven innings. Venters walked pinch-hitter Aaron Rowand to lead off the inning but then got a 5-4-3 double play and concluded the inning with a strikeout.

Billy Wagner, the Atlanta All-Star closer, started the ninth inning for the Braves and hit Aubrey Huff with a pitch. Buster Posey reached on a throwing error by shortstop Alex Gonzalez, putting runners on first and second with no outs. On a long fly ball to right field, Huff went to third. Pablo Sandoval hit a groundball to third base that Chipper Jones misplayed, and Huff scored, tying the game. With runners on second and third. Pat Burrell was intentionally walked and Travis Ishikawa hit into a 4-6-3 double play, getting the Braves out of the inning.

Giants pitcher Sergio Romo retired the Braves in order in the bottom of the ninth. In the 10th inning, against the Braves’ Peter Moylan, Nate Schierholtz drew a leadoff walk but was caught stealing. Andres Torres singled but Freddie Sanchez hit into a double play. Javier Lopez pitched the 10th inning for the Giants and pitched around a two-out single by Omar Infante.

With Moylan still pitching for the Braves, Aubrey Huff and Buster Posey led off the 11th with walks. Juan Uribe then grounded into a force out at second, leaving runners at first and third. Moylan intentionally walked Pablo Sandoval, loading the bases for Pat Burrell. Burrell’s fly ball to left field easily scored Huff from third base. Mike Dunn, a left-handed pitcher, replaced Moylan and got Ishikawa to fly out to left field, ending the inning. After the game Burrell commented on his sacrifice fly: “[W]ith a sinkerball side-armer like that [Moylan], I was just trying to get something elevated, something in the outfield. I know with my speed, or lack thereof, anything on the ground might be a double play.”4

With the Giants leading 3-2 in the bottom of the 11th, Brian Wilson, the Giants closer, retired the Braves in order for the victory. Lopez was the winning pitcher while Moylan got the loss. Wilson got the save and said, “It got a little crazy in the 11th. It was time to come in. No messing around. It was time to get the game over.”5 Expressing the Braves’ disappointment, Chipper Jones commented, “You got to play nine innings. We didn’t. We hit a guy and made two errors in the ninth. Walk three in the 11th is a recipe for disaster.”6

The game took 3 hours and 12 minutes, ending slightly before 12:30 A.M. since it did not start until 9:20 P.M. because of the rain delay. A crowd of 42,178 attended the game. To illustrate the pitching dominance, aside from Burrell’s RBI fly ball the two teams were a combined 0-for-14 with runners in scoring position.

“It wasn’t pretty. We’ll take it,” said Giants manager Bochy. “We didn’t do much offensively and feel fortunate.”7 The Giants got only four hits.

While the Giants won on that Friday night, they lost the next two games to the Braves.

The Braves and Giants met again in the Division Series. The Giants clinched first place in the National League West on the last day of the season while the Braves were the wild-card team, edging out the San Diego Padres. The Giants won the series, three games to one, In the NL Championship Series they defeated the Philadelphia Phillies in six games, then won the World Series over the Texas Rangers in five games. It was the Giants’ first World Series crown since 1954.

The Giants’ Buster Posey won the NL Rookie of the Year Award; Jason Heyward was second. Brian Wilson led the NL in saves with 48 while Tim Lincecum was the strikeout leader with 231.8 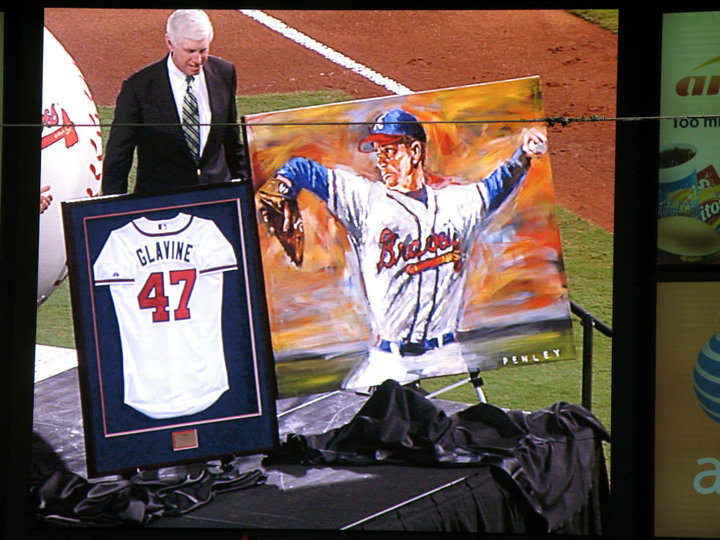 Besides the sources cited in the Notes, a box score and play-by-play account of this game can be found at baseball-reference.com and retrosheet.org: