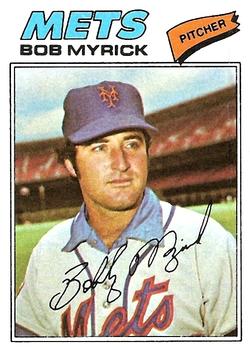 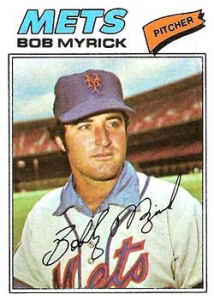 Baseball can be a cruel game. Just ask the members of the Batavia Trojans of the Class A New York-Penn League, who lost both a close-fought game and a chance at a sensational triple play on a single wayward throw on the night of August 7, 1974.

The Trojans, a New York Mets farm team, were in Newark, New York, that Wednesday night to play the Newark Co-Pilots, a Milwaukee Brewers affiliate. Only 317 spectators turned out to see two of the league’s weakest teams face off. Newark entered the game tied for fourth place with Elmira with a 19-24 record, 14 games out of first place.1 Batavia sat in last place with a 10-34 record, 24 games out of first.2 For the full season, both teams’ batting and pitching performance were well below league averages. Batavia’s pitching staff performed especially poorly, finishing with a team ERA of 5.78.3

Only two members of the 1974 Trojans reached the big leagues, and one was the starting pitcher on August 7. Left-hander Bob Myrick had been a 20th-round draft pick out of Mississippi State University in June. Myrick went 3-5 with a 4.50 ERA in 12 games with Batavia in his rookie season, and also got a call to make two late-season appearances with Triple-A Tidewater. Career minor leaguers made up the rest of manager Wilbur Huckle’s starting lineup.4

Seven members of the Co-Pilots went on to play in the majors. One of them, center fielder Steve Bowling, was in the starting lineup hitting cleanup. Bowling led the league with 12 home runs in 1974, though he didn’t hit any on August 7. Another future big leaguer, infielder Jim Gantner, entered the game later at shortstop.5 Left-hander Carl “Cap” Pohlman, a 10th-round draft pick of the Brewers out of Central Michigan University in June, got the start for Newark. In his only season of professional baseball, Pohlman went 3-4 with a 4.81 ERA in 12 games, all but one of them starts. Co-Pilots manager John Felske, who was less than one year removed from his final game as a major-league player, also returned to the big leagues as a manager and coach with the Blue Jays and Phillies between 1980 and 1987.

The visiting Trojans began the game with a single first-inning run. With one out, center fielder Gene Quirk walked. He took second when Newark first baseman Ray Rudolph couldn’t handle a pickoff throw from Pohlman, which was scored as an error on the first baseman. One out later, third baseman Jim Knox doubled to drive in Quirk. Pohlman gave up a single to second baseman John Curry that moved Knox to third, but retired catcher Randy Peterson on a fly ball to right field to end the inning.6

After that, Pohlman and Myrick locked horns in a pitchers’ duel. Using a mix of overhand and side-arm fastballs and sliders, Pohlman kept the Trojans off the board through the eighth inning. Myrick, using a hard fastball, dominated the Co-Pilots, surrendering only two hits over the first seven innings – a pair of singles to designated hitter Pedro Sanchez and third baseman Ossie Ortiz.7

Newark finally broke through the long string of zeros in the bottom of the eighth. Again, a first baseman’s error opened the door. With one out, Sanchez grounded to shortstop Jim Matthews, but Matthews’ throw bounced out of the glove of replacement first baseman Bill Beno for an error. Felske sent in Neldy Castillo, who hit a combined .151 for two Class A teams in 1974, to run for Sanchez. Shortstop Nels Rodriguez smacked a double to left-center field to drive in Castillo and tie the game at 1-1.8

Both starters were removed with one out in the ninth inning. In his 8⅓ innings, Myrick yielded just three hits and two walks, striking out eight. Pohlman gave up more hits and walks – six of each – while striking out nine. While both teams moved runners into scoring position, relievers bailed out both starters without surrendering a run, and the game moved into an eventful 10th inning. The most noteworthy relief stint belonged to Batavia’s Joe Kanas, who relieved Myrick, walked two batters, and was yanked.9 This was consistent with Kanas’s full-season performance: In 34 innings, he walked 45 batters (against 21 strikeouts) and threw 11 wild pitches, second-most in the league.10

In the top of the inning, Co-Pilots reliever Jack Chilton picked Matthews off first base.11 But the umpires ruled that Newark second baseman Sammie Jones interfered with Matthews during the rundown and awarded the runner second base. Felske protested and shortstop Rodriguez was ejected for arguing the call, giving Gantner the opportunity to enter the game.12 Chilton worked out of the jam without allowing a run.

Newark catcher John Buffamoyer started the bottom of the 10th with a walk against Ronald King, Batavia’s third pitcher of the night. Castillo hit a grounder to shortstop that might have been a double-play opportunity, but Knox, who had moved from third base to second, failed to touch the second-base bag. Both runners were safe. In his only at-bat of the game, Gantner dropped a bunt single down the third-base line, loading the bases with none out.13

That brought up right fielder Terry Ervin, 0-for-2 on the night. Ervin hit a low line drive at second baseman Knox, who snagged it off his shoetops for the first out. Newark’s baserunners thought the ball had hit the ground and were trapped off base. Knox threw to replacement third baseman Bill Daly to catch Buffamoyer off the bag for the second out.14

Spotting Gantner stranded off first, Daly fired across the diamond for what would have been a spectacular, rally-killing, inning-ending triple play – the kind of play fans talk about for years afterward. But he threw wildly, and Castillo scooted all the way home from second base with the winning run. Batavia manager Huckle claimed Castillo had failed to tag up on second, but umpire Pete Calliere overruled him, and the game was over in exactly three hours.15 Chilton earned the win, while King was saddled with the loss. One local paper described the matchup as “one of the best-pitched games of the season,” with “a wild wild finish.”16

Newark closed the season in fifth place with a 30-36 record, 21½ games out of first, while Batavia came in last at 20-49, 33 games out. All three of the future big leaguers who played in the game went on to make their major-league debuts in 1976 – Myrick in May, Bowling and Gantner in September.

Neither Baseball-Reference nor Retrosheet provides box scores of minor-league games, but the August 8, 1974, edition of the Geneva (New York) Times published a box score.

Image of 1977 Topps card #627 downloaded from the Trading Card Database.

The author thanks Fultonhistory.com for making many of the cited newspapers available online.

1 Starting in 1967, the New York-Penn League played a short schedule.

4 The other member of the 1974 Trojans who reached the major leagues was catcher Ned Yost. Coincidentally, Yost did not reach the big leagues with the Mets: He made it with the Brewers, the parent club of the Trojans’ opponents on this night. The Brewers drafted Yost from the Mets’ system in the Rule 5 draft in December 1977.

5 Other players on the 1974 Co-Pilots who appeared in the majors were Gary Beare, Barry Cort, Butch Edge, Moose Haas, and Willie Mueller.

10 For context, the only New York-Penn hurler with more wild pitches that season – Oneonta’s Scott Delgatti – threw 14 in 85 innings, while Kanas threw 11 in just 34 innings.

11 Game accounts do not specify how Matthews reached first. The box score shows him without a hit, so it appears most likely that he drew one of the two walks given up by Chilton in his relief stint.

15 Bartholomew; “Co-Pilots Defeat Batavia in Tenth.” Daly’s error was one of 12 committed by the third baseman in 61 games that season.