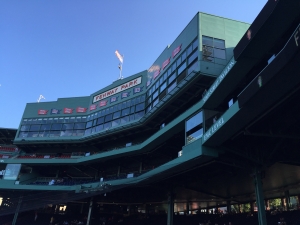 For thousands of fans in the Greater Boston area, it was their first major-league baseball game. Admission was free to everyone 18 and under, and those older paid $5.00 each — with all the money going to the Jimmy Fund to fight cancer in children. The action lasted 12 minutes.

This was not the result of any pace-of-play initiative introduced by the Office of the Commissioner. It was the continuation of a suspended game. The August 7 evening game was suspended just as the 10th inning began. After a delay of 350 hours and 18 minutes, play resumed at 1:05 P.M. on August 22.1

Boston lefty reliever Josh Taylor had been on the mound with a 2-and-1 count on August 7. Taylor took the mound again on the 22nd, and pinch-hitter Nick Dini hit his first pitch hard — but right to Mitch Moreland at first base. Taylor then struck out Royals first baseman Ryan O’Hearn. Bubba Starling pinch-hit for center fielder Billy Hamilton, who wasn’t around anyhow since he had been placed on waivers by the Royals in the interim.2 (Starling had not been with the Royals on August 7.) Starling grounded out, short to first. Taylor had set down the Royals in the top of the 10th, one-two-three. He threw 13 pitches.

Imagine the possibilities that presented themselves. The Red Sox came up in the bottom of the 10th. If Andrew Benintendi homered on the first pitch he saw, the game would be over and the Red Sox would win. He didn’t. He struck out, whiffed by Kansas City lefty Richard Lovelady.

But then Boston catcher Christian Vázquez doubled into the gap in left-center. Chris Owings ran for Vázquez. (Owings had been with the Royals earlier in the season; on August 7, he was in the Red Sox system, with Pawtucket.) With a lefty on the mound, Sam Travis was sent up to hit for Moreland. He was intentionally walked, setting up a possible double play.

Brock Holt came up to bat and on a 1-and-1 pitch, he hit the ball straight down the left-field line, one-hopping the wall near the 310-foot mark. That scored Owings from second. Holt ran around first base, heading to second — but never made it. He was mobbed by celebrating Red Sox players and instead made a beeline for the plate to get away from them, passing the mound and then sliding into home plate just for fun. “I don’t know what got into me whenever I did that,” Holt told reporters. “I was just trying to dodge the guys coming in. And I saw home plate there and just went for it. So pretty cool, man. Just the moment kind of took over.”3 On the Red Sox Twitter feed he said, “That was probably the most fun all of us have had playing baseball.”

It was particularly nice that Holt got the walk-off — the second of his career (the first had been on July 9, 2014, against the White Sox) — because he had been the Red Sox player most closely identified with the Jimmy Fund effort over the past five years. He was Jimmy Fund Captain for the two-day telethon run from Fenway Park the two prior days, which raised over $3 million in 2019. It was the 18th year of the telethon run jointly by radio station WEEI and the Red Sox-owned television network NESN.

For Taylor, it was his first major-league victory. For Lovelady, he went to 0-3 (or 0-2) for the season and in his career.4

For the fans, it was a unique experience. Parents who would have been unable to afford a visit to a major-league game with their children found it a very welcome opportunity — and noted that the brief outing was better for younger kids than a 3½-hour game. Diane Maillet of Hudson, Massachusetts, brought her two children and said, “We would never be able to afford to bring our kids. And they would never have the patience to sit through an entire game anyway.”5

How many people had taken advantage of the opportunity? Some 1,301 fans who had been among the 32,453 ticketed fans on August 7 used their ticket stubs to gain readmission. Some 9,125 paid the special $5.00 fee for admission on August 22, and 6,015 children were admitted free.

The last time the Red Sox had participated in a suspended game that was not concluded the very next day was June 13, 1968. It was the second game of a doubleheader at Fenway against the California Angels. The game was suspended in the middle of the sixth inning with the score 1-1. That game was completed on August 4. It ended in the bottom of the ninth inning when Ken Harrelson hit a grand slam. (The Red Sox played a scheduled game against the Angels that day, too, and lost, 12-6.)

Back on August 7, the two teams had indeed played to a 4-4 tie. The starters had been left-hander Eduardo Rodríguez for Boston and righty Glenn Sparkman for Kansas City. The Royals had scored first, with two runs in to the top of the third on a two-out, two-run single by catcher Meibrys Viloria.

Xander Bogaerts singled to lead off the Boston fourth and J.D. Martinez followed with his 25th home run of the season, tying the game.6 The Red Sox took the lead in the bottom of the fifth when Bogaerts doubled to left, scoring both Mookie Betts and Rafael Devers. Darwinzon Hernández relieved Rodriguez in the sixth and allowed one run on Billy Hamilton’s double and Whit Merrifield’s single. In the seventh, with Nathan Eovaldi pitching for the Red Sox, the Royals tied the game at 4-4 with a double by Nicky Lopez scoring Hunter Dozier from third base. Dozier had singled, taken second base on a wild pitch, and reached third on an infield groundout.

There was no further scoring; rains hit hard and the game was suspended after a considerable wait. There was a new umpiring crew, the same crew that had worked the two preceding Red Sox games against the Phillies on August 20 and 21. They had a scheduled offday, so were available to work — with 12 minutes of action, they were easily able to make a flight to Chicago for their next assignment.

The game fell at a time that Red Sox fans had pretty much given up any hope of a playoff berth. Certainly the 2019 season was nothing like the 2018 world championship year. On August 22 the 2018 Red Sox had a record of 89-39 and were nine games ahead of anyone else in the AL East. In 2019, after this August 7 game was completed on August 22, the Red Sox had a record of 68-61 and they were 15 games out of first place. Jon Couture, writing for Boston.com on August 23, put the game in context: “Allow me to echo what plenty of others are also telling you this Friday morning: Thursday at Fenway Park will go down as the highlight of a busted season. Which is, clearly, a reminder of just how busted this chase to repeat has been, but also that even in this sporting golden age, there can be significant moments of joy and successes in years without playoffs, never mind championships.”7

Boston’s third-base coach, Carlos Febles, said, “To me, it was the best crowd we had the whole year. … It’s awesome for the players. The players were excited to have so many kids in the stands.”8

Just about everyone left with good feelings. Perhaps the Kansas City Royals (leaving town at 45-93, 32½ games back in the AL Central) were not so thrilled, though, having lost a day off to come to Boston and lose a game, while just about everyone around them was a little giddy. Seeing the players walk in ones and twos through the concourse toward their waiting bus, most with a small backpack, they carried themselves like professionals.

The response throughout Boston was so positive in the immediate afterglow that Red Sox President Sam Kennedy talked about the possibility of future Open House Days, as a way kids could come to the park for free — and hopefully grow up to become more dedicated fans.

In addition to the sources cited in the Notes, the author also relied on Baseball-Reference.com, media materials released by the Boston Red Sox, and his personal experience at the park on both August 7 and August 22.

2 The Atlanta Braves selected him on August 19.

4 Lovelady actually went to 0-2, because the game is in the books as being played on August 7. He lost on August 8, and that — officially –made him 0-3, even though in real time the August 8 loss preceded the August 7 loss.

6 It is one of those amusing features of a suspended game that the home run didn’t officially go into the books until the August 7 game was completed on August 22. Martinez had thus “officially” hit his 26th and 27th homers before he hit his 25th or (more precisely) before his 25th was recorded.