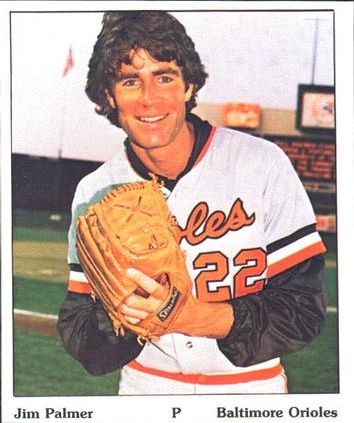 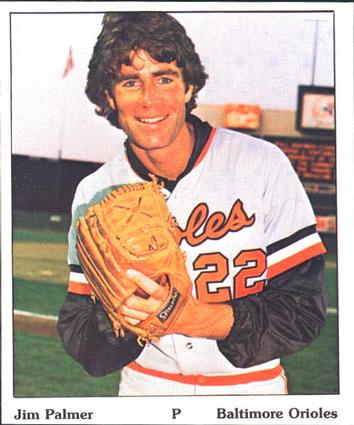 What makes a memorable night at the ballpark? How about a game featuring some of the major leagues’ biggest stars, an exciting come-from-behind win by the home team, five home runs, and a heartfelt tribute to a local baseball legend? Oh, yeah, and let’s not forget the announcement over the public-address system that the president of the United States would resign his office the following day.

Like many exhibitions, the August 8, 1974, matchup of the big-league Baltimore Orioles and their Triple-A farm team, the Rochester Red Wings, tends to have less historical visibility than games that count in the standings. Still, the game at Rochester’s old Silver Stadium certainly gave the fans plenty to talk about.

The intrigue began on the pitcher’s mound, where Baltimore’s Jim Palmer was attempting a comeback from the disabled list. The American League’s 1973 Cy Young Award winner hadn’t won a big-league game since June 11, or played in one since June 16, as he nursed an elbow injury diagnosed as an inflamed ulnar nerve.1 Palmer’s start in Rochester would be a test of his readiness to return — and the Orioles, struggling in third place with a 57-54 record, needed Palmer to help them challenge for another American League East title.

The International League Red Wings, managed by Joe Altobelli, were riding high. After beating Richmond 6-3 on August 7, they came into the exhibition with a 69-39 record, best in the IL and 11 games ahead of second-place Syracuse.2 The Red Wings’ powerful lineup was led by veterans Curt Motton and Tom Shopay and youngsters Royle Stillman and Tim Nordbrook. Pitching stars included Dyar Miller, Paul Mitchell, and Mickey Scott, who closed the year with a remarkable 0.99 ERA in 57 appearances.3 Mitchell was given the start for the exhibition against the Orioles.

If there was any downside to the Red Wings’ dominant 1974 season, it was the loss of former club president and general manager Morrie Silver, who died on April 26. In 1956, Silver led a community stock drive that kept the Red Wings in Rochester, and the club’s ballpark at 500 Norton Street. was renamed in his honor in 1968.4 The Orioles-Wings exhibition was advertised in local papers as the “Morrie Silver Memorial Game,” and a plaque honoring Silver was dedicated before the game at one of the entrances to the ballpark, with Silver’s widow, Anna, and daughter, Naomi, in attendance.5

A crowd of 9,968 spectators — the largest of the year,6 but short of capacity7 — packed the park, and for a few innings, they saw Palmer at his best. Palmer’s first three innings were perfect. His first four innings were scoreless. And at one point, he retired 11 straight hitters.8 Mitchell, meanwhile, lost his shutout in the fourth, when Don Baylor (a two-run shot) and Brooks Robinson homered on consecutive pitches to make the score 3-0, Baltimore.9

Bob Snyder, who pitched several years in Triple A but never made the majors, came on in the fifth and surrendered two unearned runs to make the score 5-0. The circumstances are unclear from news reports, but the unearned runs may have had something to do with Rochester third baseman Doug DeCinces, who made errors on each of his first three fielding chances. (August 9 must have been a tough morning for DeCinces: Not only did the local newspaper’s sports section run a big photo of him dropping a pop fly, the paper also ran a feature story noting that Robinson was leading the Orioles in hitting at .302 and saying, “Voluntary retirement is not in his future plans.”10 Bad nights aside, DeCinces’ time in the big leagues would come eventually.)

Palmer ran into trouble in the fifth, when Rochester’s Mike Reinbach singled, Mike Fiore walked, and second-string catcher Don Hickey — who hit just .209 in 1974 and never made the majors — homered over the left-field fence.11 Palmer was also touched for a single by Bob Bailor before escaping the fifth with a 5-3 lead, his night over. The final results were inconclusive, though Palmer focused on the positive after the game. “I thought I threw pretty good for three innings, and then came the usual stiffness and tightness,” he said. “I got my curve ball over real good and came up with a good sidearm curve to strike out Tim Nordbrook.”12

Jesse Jefferson replaced Palmer in the sixth and Rochester’s comeback began immediately, as leadoff batter Stillman hit a solo homer to make the score 5-4.13 Shopay, who hit .313 with 10 regular-season homers for the Wings, then put the home team ahead in the seventh with a two-run shot to right field that made the score 6-5, Rochester.14 Former Reds and Braves pitcher Mike McQueen earned the win for the Wings with two shutout innings of relief, and future Yankee and Ranger Larry McCall worked the ninth for the save, wrapping up the game in 2 hours and 34 minutes.15 “I can’t even win in the minor leagues,” Palmer quipped.16

In addition to Palmer, Baylor, and Robinson, other Orioles who put in appearances for the Rochester crowd included Al Bumbry, Rich Coggins, Tommy Davis, Boog Powell, Earl Williams, Andy Etchebarren, Mark Belanger, Bobby Grich, and Enos Cabell. Coggins had the distinction of being at the plate in the sixth inning when Richard Nixon’s resignation was announced; he waited a minute for applause to subside before entering the batter’s box.17 Others in the Red Wings’ lineup who had played in the major leagues before or would subsequently get there included Rob Andrews and Jim Hutto.

The night after the exhibition found both teams back in regular-season action — the Red Wings on the road against the Montreal Expos’ farm club, the Memphis Blues, and Baltimore on the road against Minnesota. At season’s end, the Red Wings cruised to the Northern Division championship with a 14-game cushion, then beat second-place Syracuse to claim their second Governor’s Cup in four years.18

Palmer’s elbow held up well enough after the game for him to be activated from the disabled list, and he returned to action five nights later against the White Sox. He pitched six strong innings for the win, but complained of some soreness and a blister — which he said might have been caused by “throwing an experimental ball with fewer stitches in an exhibition game against Rochester.”19

Palmer was not dominant the rest of the season: He posted a won-lost record of only 4-4 after his return, although he pitched well enough to lower his season ERA from 4.01 to 3.27. This included a herculean effort on September 27 against the Brewers in which he threw 12 innings of four-hit shutout ball. (The win, in the 17th inning, went to Grant Jackson.)

The Orioles continued to flounder until August 29, when — sitting in fourth place, eight games out — they caught fire. They won 10 straight games, including two by Palmer, to pull to within a game of first. The Orioles climbed into first place September 19 with a 7-0 win against the Yankees, then rattled off another nine straight wins from September 22 to October 2 to clinch the division. Their final-month rally placed them two games ahead of New York and seven ahead of Boston.

Earl Weaver’s ballclub once again underperformed in the postseason. Two months to the day after his Rochester start, Palmer lost a masterful 1-0 pitchers’ duel to Oakland’s Vida Blue in Game Three of the League Championship Series. The following afternoon, a 2-1 win by Catfish Hunter over Mike Cuellar ended Baltimore’s season shy of a championship once again.

To supplement the sources specifically cited in the Notes, I used the Retrosheet.org and Baseball-Reference.com websites for general player, team, and season data.

2 As per International League standings printed in the August 8, 1974, Democrat and Chronicle.

3 Just as remarkably, this performance was not good enough to earn Scott a big-league call-up in 1974, though he returned to the majors with California the following year.

12 “Palmer’s Effort Is Indecisive,” Baltimore Sun, August 9, 1974: C5. The story is credited to “A Sun Staff Correspondent” — possibly Bill Free, who is credited with an interview with Curt Motton, datelined Rochester, appearing in the same issue.

19 Doug Brown, “Palmer’s Back, but He’s Still O’s Question Mark,” The Sporting News, August 31, 1974: 12. Coverage of the exhibition game in several news sources makes no mention of an experimental ball.