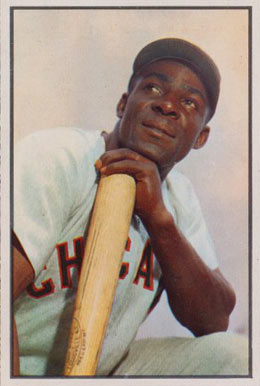 The baseball world changed in 1947. This statement cannot be disputed. But changes almost always allow the Law of Unintended Consequences to be activated as well. The addition of Jackie Robinson to the Brooklyn Dodgers of the National League, and later Larry Doby to the Cleveland Indians of the American League, would start the demise of Negro baseball. This may not have been known when Robinson took the field on that April Tuesday in Brooklyn, but it would become apparent soon.

There is no good way to spot the beginning of the end. Perhaps it was in the early 1940s, when Bill Veeck supposedly planned to purchase the Philadelphia Phillies and stock it with Negro League stars. Perhaps it was in April of 1945, when the Boston Red Sox gave a tryout to Robinson, then of the Kansas City Monarchs, Marvin Williams of the Philadelphia Stars, and Sam Jethroe of the Cleveland Buckeyes. The politically influenced tryout was a sham, and the Red Sox became the last team to integrate in 1959 with Pumpsie Green. “We knew we were wasting our time,” Robinson told the Boston Globe in 1972.1 By the time Branch Rickey signed Robinson in October 1945, the change to the major leagues and the Negro Leagues had become inevitable.

When Robinson broke camp with the Dodgers in 1947 after his successful season in Montreal, the attention of the baseball press — both in the traditional and Negro papers — meant less coverage to the teams in the Negro Leagues. Every move Robinson made was chronicled by the Pittsburgh Courier, the Chicago Defender, and others. Every column-inch dedicated to Robinson was an inch that the Chicago American Giants, the Kansas City Monarchs didn’t get.

The Newark Eagles were the defending World Series champions and started off the 1947 season as they finished 1946. But when Eagles owner Effa Manley sold Doby to the Indians in July, the Eagles season was effectively over, allowing the New York Cubans to win the Negro National League pennant.

The Cubans, as their name suggested, were primarily made up of players from the island country and supplemented by a couple of pitchers and a backup catcher from the United States and a second baseman from the Dominican Republic.2 The team was owned by former racketeer Alex Pompez and managed by Jose Maria Fernandez.  The Cubans were led by Luis Tiant Sr., aged 41 at the time and the second oldest player in the league.3 Tiant, father of longtime major leaguer Luis Tiant, was 10-0 for the Cubans in 1947, belying his advanced age.4 Tiant Sr.’s screwball was his signature and ranked the seventh best screwball by Bill James and Rob Neyer.5

From the plate, the Cubans were led by third baseman Saturnino Orestes Armas Minoso Arrieta, whom most will know as “The Cuban Comet,” or simply “Minnie.” Minoso, who would become a mainstay at Comiskey Park, playing there in parts of five decades, hit .354 for the Cubans in 19476 and was the starting third baseman for the East in the annual East-West All-Star Game. Second baseman Silvio Garcia and right fielder Claro Duaney joined Minoso and Tiant on the All-Star Team.

The Cleveland Buckeyes were trying to rebound in 1947 after a subpar season the year before. Champions of the World Series in 1945, the 1946 Buckeyes struggled to a 36-40-3 record. Relying on catcher-manager Quincy Trouppe, first baseman Archie Ware, and the speedy Jethroe, the Buckeyes cruised to a 42-12 record and led the Negro American League from start to finish. An aging Chet Brewer, Webbo Clarke, and Genie Smith led the pitching staff that had been depleted since the 1945 season.

The Buckeyes clinched the NAL title early in September and expected to start the 1947 series at League Park in Cleveland.7 The Cubans won their title soon after with a 2-1 victory over the Homestead Grays at Shibe Park in Philadelphia and announced that the Series would begin at the Cubans home, the Polo Grounds, on September 19. The Series had always been a traveling road show, and it would move from the Polo Grounds, then to Yankee Stadium before hitting the road for games in Cleveland, Philadelphia (Shibe Park), and Chicago (Comiskey). The sixth game of the Series would be back in Cleveland, and, if necessary, a Game Seven location would be determined.

The weather threatened the entire day of the first Series game but didn’t claim victory until six full innings were played. The Buckeyes chased Cubans starter Dave Barnhill after plating five in the first two innings, but the Cubans battled back to tie the game in the fifth before the heavens opened up during the top of the seventh, causing Game One to be a 5-5 tie.

Moving across the Harlem River, Game Two saw the Buckeyes take the lead in the Series with a 10-7 triumph before 9,000 spectators. The Cubans made several errors during the game, and had overcome separate three- and four-run deficits, but couldn’t overcome loading the bases with no one out in the ninth, and the Buckeyes finished off the Latins with three in the ninth.

The series moved to Cleveland on September 23 but the Buckeyes could not take advantage of their home field due to the pitching of Barney Morris, who shut them down, 6-0. The Cubans cruised to a 9-4 win in Game Four, thanks in part to Ray Noble’s grand slam, sending the Series to Chicago.

The weatherman had promised a partly cloudy and warm day for Game Five, but Chicago is known for unpredictable weather and at first pitch, the temperature was an April-like 48 degrees. Because of this and the lack of a home team8 only 2,048 came out to see if the Buckeyes could tie up the Series. The Cubans would not let this happen, battering Buckeyes starter Brewer for 11 hits and scoring all nine of their runs in the first six innings. Lino Donoso, loser of Game Two, picked up the win for the Cubans, scattering seven hits. Donoso was aided by the defense of Horatio Martinez, who made leaping catches of two line drives off the bat of John Cowan. The 9-2 victory gave the Cubans a 3-games-to-1 Series lead as they headed back to Cleveland. New York then captured the Series in Game Six, played on September 27 in Cleveland, in their third come-from-behind win. The hometown Buckeyes led 5-0 after five innings, but were error-prone again, including five misplays behind pitcher Genie Smith. The Cubans scored three runs in the sixth, one in the seventh, and two in the eighth. Pat Scantlebury pitched in relief of starter Tiant, silencing the Buckeyes’ bats after the fifth inning, to record the winning decision in the Cubans’ 6-5 victory.

As the better players continued to follow Robinson and Doby to the major leagues, the Negro Leagues tried to survive. There was only one more Negro League World Series, with the Homestead Grays defeating the Birmingham Black Barons to win the final Series in 1948. The Negro National League folded shortly thereafter. Several of the combatants in the 1947 Series would go on to feature in the major leagues.

Tiant retired after the 1948 season, but Minoso, Noble, Scantlebury, and Donoso eventually made it to the majors. Minoso became a nine-time All-Star in 17 major-league seasons. Cubans owner Pompez, who became the head of international scouting in Latin America for the New York Giants in 1950, was elected to the National Baseball Hall of Fame in 2006.

Al Smith, Jethroe, Trouppe, Clarke, and Sam Jones from the Buckeyes team would make it to major-league clubs. Jethroe was named the National League Rookie of the Year in 1950, while Jones won 102 major-league games and Smith was a two-time All-Star outfielder.

Shortly after winning the 1947 Series, the Cubans traveled to Cuba to play the Havana Cubans in a five-game exhibition series that was expected to draw 150,000 attendees. Since most of the members of the New York team played winter ball in Cuba, the Havana fans would be familiar with them. The Havana Cubans, an all-white team, played in the Florida International League with seven other teams from Florida.9

In addition to the sources listed in the Notes, the authors accessed Baseball-Reference.com, SABR’s BioProject via SABR.org, The Sporting News archive via Paper of Record, the Negro League database of seamheads.com, the Chicago Tribune and Pittsburgh Courier via newspapers.com, and the Chicago Defender, New York Amsterdam News, and Cleveland Call and Post via ProQuest Historical Newspapers. Ken Carrano would like to extend special thanks to the libraries at DePaul University and Northwestern University for their assistance.

3 According to the New York Amsterdam Times, New York Black Yankees pitcher John Stanley was 42 during the 1947 season.

6 This figure is from seamheads.com., Holway has his average at .294.

8 Seamheads.com shows the Chicago American Giants with a 20-51 record in 1947, good for last in the six-team circuit.