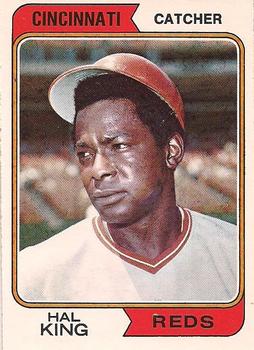 The 1973 season was not going as envisioned by Cincinnati Reds players and fans. Not only was the team in danger of not successfully keeping the National League pennant or even the NL West Division title in the Queen City,1 but on July 1 the Reds stood just two games over .500.

Cincinnati had finished June in fourth place, 11 games behind the division-leading Los Angeles Dodgers, who had handed the Reds an 8-7 extra-inning loss to close out the month. A Sunday afternoon doubleheader loomed, and wily future Hall of Famer Don Sutton would take his 9-4 record and 2.26 ERA to the mound for the visiting Dodgers in the first game at Riverfront Stadium.

The Reds sent lefty Fred Norman to the mound to try to stop the bleeding. Norman had been acquired by the Reds in a trade with the San Diego Padres on June 12, and the change of scenery had proven beneficial to the screwball specialist. Norman, who brought a 1-7 record and an earned-run average of 4.26 with him from the Padres, had been the winning pitcher in his first three starts with the Reds, including complete-game shutouts in his first two games.

After Norman retired the first two Dodgers to start the game, Willie Davis singled up the middle, and he scored when Ron Cey doubled to right field. Things could have turned even worse for Cincinnati as Manny Mota got the third straight hit of the inning, a single to right field. But Larry Stahl gunned down Cey at the plate.

Los Angeles tacked on a second run when Davey Lopes homered on the first pitch of the third inning. The Reds were able to cut the lead in half in the bottom of the fourth. Third baseman Dan Driessen reached on an infield single, stole second, and went to third on Dodger catcher Steve Yeager’s throwing error. Sutton fanned Tony Perez and coaxed Bobby Tolan to foul out. But Stahl slapped a base hit into center field to get the Reds on the scoreboard at 2-1.

Norman settled down after the third inning and kept the Dodgers off the scoreboard until the ninth. In that inning he gave up a double to Davis; Davis scored when Cey singled to left field. Cey, however, was thrown out at second base trying to stretch his hit into a double.

Down 3-1 heading into the bottom of the ninth, the Reds had a final chance to avoid falling even further behind the Dodgers and remain above the .500 mark. Perez started the half-inning by hitting a double to center field. But Sutton, who had rolled through four straight scoreless innings himself, dimmed hopes of a comeback by getting Tolan to pop out to Lopes and striking out Stahl. With his team down to its final out, Sparky Anderson sent up Johnny Bench to pinch-hit for Dave Concepcion. Bench had homered off Sutton nine days earlier, and in his career, Bench would enjoy many successful at-bats against Sutton—he homered off the right-hander 12 times in 160 career plate appearances.2  But under these circumstances, Sutton intentionally walked Bench; he was replaced at first base by pinch-runner Darrell Chaney.

Hal King, who swung from the left side of the plate, then batted for catcher Bill Plummer.

King, a 29-year-old journeyman catcher, had five previous seasons bouncing between the minor leagues and stints with Houston, Atlanta, and Texas. He had been called up to Cincinnati from Triple-A Indianapolis on June 19, replacing catcher Bob Barton on the roster, King had batted .252 with 7 homers and 30 runs batted in with Indianapolis. Along with Jim Driscoll, he had come to the Reds in a December 1972 trade that sent former 20-game winner Jim Merritt to the Texas Rangers. The Reds were searching for catching help because of the uncertainty surrounding Johnny Bench’s future. An x-ray during a routine physical examination revealed a spot on Bench’s lung, and it would require surgery to remove it; his career could be in jeopardy.3

Despite having previous success against Sutton with a grand slam in 1970 when King was with the Braves, hopes were low for a hitter who had only one hit, albeit a homer, in his 10 at-bats since being recalled from Indianapolis. But King had a knack for hitting the ball out of the park. That’s what Anderson was hoping for.4

King ran the count to two balls and two strikes, but had looked outclassed on strike two when he swung at a pitch over his head. Sutton later said he figured he could end the game by throwing a screwball, a pitch that would break away from King.

To say King swung from his heels or out of his shoes on the pitch would be an understatement. He swung so hard at the pitch that he tore his spikes. But the forceful swing sent the ball sailing over the right-field fence for a three-run, game-winning homer.5

“I was looking for a fastball. I mean, I hadn’t seen a pitch all day coming off the bench,” King said after the game. “He tricked me … didn’t throw me one fastball.”6

King’s bomb overshadowed other standout performances in the opening game. Davis went 4-for-4 for the Dodgers, and the Reds’ Pete Rose pounded out three singles. Sutton scattered eight hits and fanned seven in a complete-game loss, while Norman was the beneficiary of three Cincinnati double plays and a pair of outfield assists in garnering his fourth Cincinnati victory with yet another distance-going effort. But Anderson credited King’s home run as the spark the Reds needed toward their defense of the division crown.

“I knew right then we were going to win the West,” Anderson told the Cincinnati Enquirer’s John Erardi as part of a series of articles chronicling the top moments at Riverfront/Cinergy Field. “It was one of those things that when it happens you immediately think, ‘This is going to turn us around.”’7

Which it did. The Reds came from behind in the nightcap to win 3-2 and sweep the doubleheader as Perez delivered a two-out single to score Joe Morgan in the bottom of the tenth. First-game hero King also pinch-hit in the nightcap, but grounded out to second base in a ninth-inning appearance. The Dodgers stayed in town for a Monday night finale, and the Reds again won in dramatic fashion. In the bottom of the ninth, Bench started the inning with a single; Perez followed with a homer to give the Reds a 4-2 victory.

King had provided another dramatic moment for Cincinnati when he smashed a pinch-hit grand slam on July 9 to help beat the Expos in Montreal. He managed just eight hits in 43 at-bats for the Reds in 1973, but four of them were home runs. King had another season spilt between Cincinnati and Indianapolis in 1974, but was out of Organized Baseball after the 1974 season, moving to the Mexican League through 1979. There he dominated the pitching before settling into retirement in Florida.8

In addition to the sources cited in the Notes, the author used the Baseball-Reference.com and Retrosheet.org websites for player and team pages and game and season logs.

1 Because of its strategic location on the Ohio River as a base for commerce and expansion into the American frontier, by 1820 Cincinnati became known as “the Queen of the West.” The name, shortened to “Queen City,” has remained in use. The Culture Trip.com, accessed October 18, 2018.

3 Ibid. Fortunately for the Reds, the concern was abated.  Bench went on to play 10 more seasons, all with Cincinnati, in his Hall of Fame career.