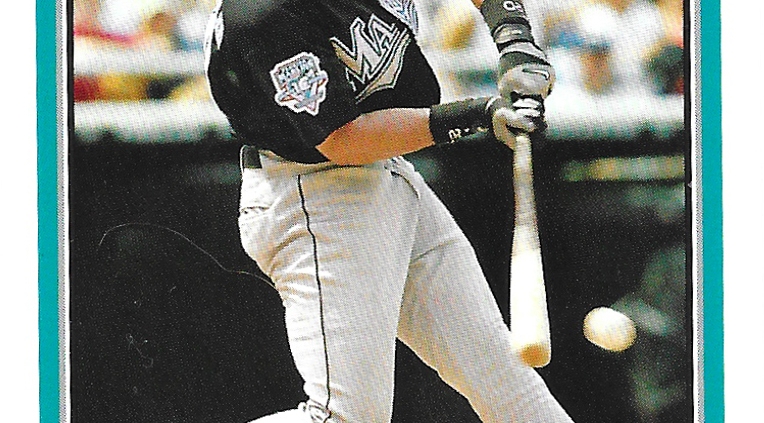 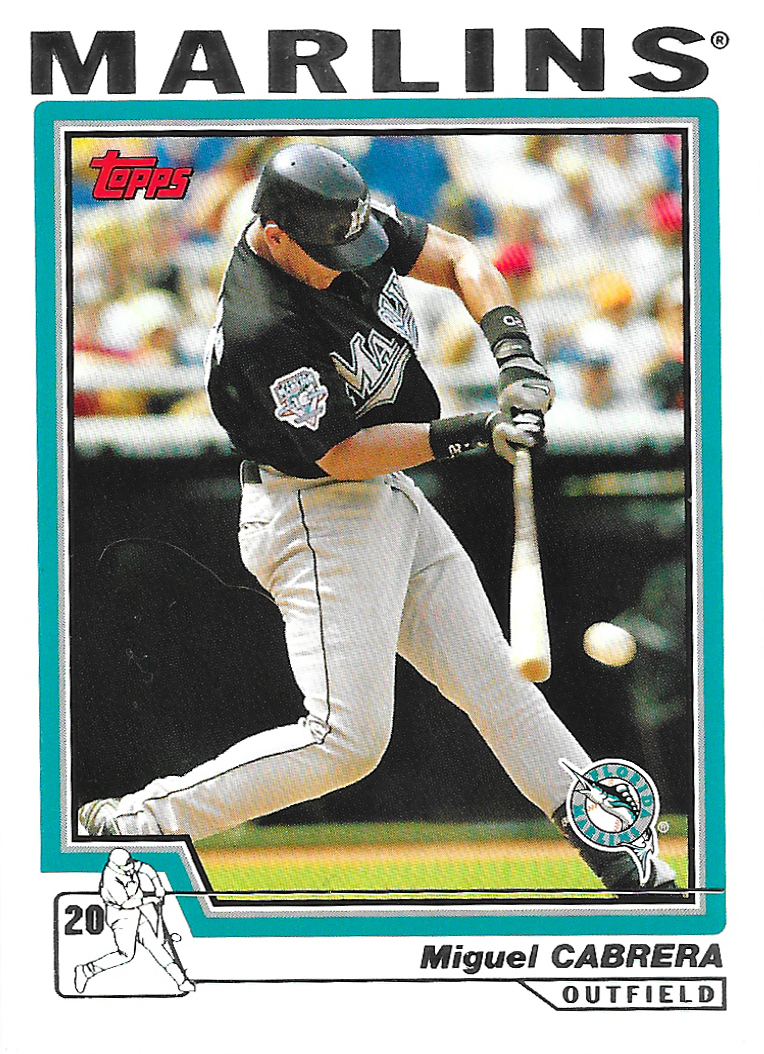 Toward the end of the 2002 season, Florida Marlins general manager Larry Beinfest made it clear about his club’s prospects for the 2003 season. He expected to compete for a championship and was quite pleased with Jeff Torborg continuing to manage the team. “He’s going to be a big part of our plan” said Beinfest.1 Before arriving in Florida, Torborg had managed the Montreal Expos, and when former Expos owner Jeffrey Loria acquired the Marlins in 2002, Torborg followed him to Florida.2 Loria also made it clear he expected the Marlins to compete for a championship, greenlighting the signing of future Hall of Famer Ivan “Pudge” Rodriguez in late January to bring an experienced, talented backstop to solidify the middle of the lineup.3

Despite the preseason optimism and expectations, the early results were to the contrary. On May 10, after a 5—4 loss at home to the Colorado Rockies, the Marlins’ record stood at 16—22. Disgusted with Torborg’s performance, and the team’s recent skid (seven losses in their last eight games), Loria fired his friend of more than 20 years in what was called “The Mother’s Day Massacre.”4 Torborg finished his brief Marlins career with a 95—105 record.

Loria replaced Torborg with Jack McKeon, the 1999 National League Manager of the Year when he helmed the Cincinnati Reds.5 Known as Trader Jack for his willingness to deal players when he was a general manager, McKeon, 72, became the oldest manager in the major leagues in 2003. The change paid instant results, with Florida winning 26 of its next 46 games to reach the .500 mark. But a series against the Boston Red Sox in late June could have spelled the end of the season for the Marlins. On June 27 Boston crushed Florida 25—8 at Fenway Park, in a game dubbed “a drubbing for the ages.”6

As the calendar turned from June to July, the Marlins found themselves at 42—42, 11 games behind the National League East—leading Braves, and 5½ games out of the wild—card spot.

On July 1, a hot and steamy South Florida night, Josh Beckett took the hill for the Marlins against the Braves. Beckett had last pitched on May 7 when he went only one inning against the San Francisco Giants.7 He left that game with a sprained right—elbow ligament. The night before his July 1 start, Beckett said, “I am looking forward to tomorrow night, I really am. I don’t know if I will be able to sleep.”8 McKeon commented before the game, “I just want to see him go out there and throw strikes, take us into the seventh inning if he can. We are not expecting miracles.”9

The Braves countered with Mike Hampton, who was looking to rebound from two horrible seasons in Colorado and to live up to his large contract. The Braves had acquired Hampton the previous offseason in a three—team trade involving the Rockies and Marlins, in which the Marlins agreed to pay $9 million of the more than $13 million owed to Hampton for the 2003 season. The Marlins were paying Hampton to oppose them that July 1 night.

It did not take long for the Marlins to get to Hampton; they plated a run in the first to tie the game, 1—1. Then, in the second inning, the dominos from the rest of the Hampton trade paid off. As part of the trade, the Marlins had received Juan Pierre, their leadoff batter and basestealer, and sent away their franchise catcher, Charles Johnson.10 The trade of Johnson left a hole behind the plate for the Marlins, which was filled with the signing of Ivan Rodriguez. Miguel Cabrera hit a home run to lead off the second inning. Beckett grounded out, then Pierre beat out an infield hit, which preceded four more hits and a walk, producing five more runs. The Marlins continued to hit Hampton hard, and by the end of his four—inning performance he had given up nine earned runs. After the game Hampton put it succinctly: “I just wasn’t good tonight.”11

On the other hand, Beckett delivered for the Marlins, going six innings, striking out seven, and yielding just one unearned run. He evened his season record at 3—3. Braves manager Bobby Cox said, “He looked like the old Beckett.”12

On any other night, Beckett would have been the story, but the bats stayed hot after Hampton left the game. Three Braves relievers followed Hampton, allowing 15 hits and 11 earned runs over the next four innings. The end result was a 20—1 thrashing of the Braves. The Marlins outhit Atlanta 25 to 4 and set a team record for runs and hits in a game.13 They scored in every inning except the third. Beckett was the only starter without a hit. The team went 25—for—49 and drew four walks. Nine players had at least one RBI, and 10 runners were left on base. “We had the same thing happen to us last week,” McKeon said after the game, referring to being blown out by the Red Sox. “We didn’t try to run the score up. We just couldn’t stop our (guys) from hitting.”14

Assessing the season so far, McKeon said, “I think we are all going to be OK right now. I can’t tell you what’s going to transpire in three weeks, but my gut feeling is we are going to try to do the best we can. I think … there is enough talent here if we can get lucky and get some injured guys back. … We could get on a roll. We need some breaks. We need guys who haven’t been stepping up to step up.”15

The offensive onslaught was led by Luis Castillo, Ivan Rodriguez, and 20—year—old rookie sensation Miguel Cabrera, who each had four hits. Mike Lowell, who had been at the center of trade rumors with the Dodgers and Cubs, went 3—for—3 with two doubles and three RBIs. Before the game general manager Beinfest told Lowell that he would not be traded and would remain with the Marlins for the remainder of the season. Speaking with reporters after announcing the club’s decision to keep Lowell, Beinfest said, “We are there. We can do it ourselves. We’re not 10 games back anymore. We’re at .500, so I think you can realistically start saying ‘Yes, we have a chance.’”16

Cabrera, who had made a splash in his major—league debut two weeks earlier with a walk—off home run in extra innings, was the star of the night, going 4—for—6 with two home runs, a double, and four RBIs.17 Two weeks earlier, Cabrera had been playing in Double A for the Carolina Mudcats, but now he and fellow rookie phenom Dontrelle Willis were helping propel the Marlins toward the playoff hunt.

The win raised the Marlins’ record at 43—42 putting them above .500 for the first time since April 26. They would never drop below .500 the rest of the season.

Under McKeon’s leadership the team won 75 of their last 124 games, a .605 winning percentage, and clinched the NL wild card. The Marlins beat the heavily favored San Francisco Giants in four games in the Division Series, aided by Jeff Conine’s brilliant throw to Ivan Rodriguez that cut down J.T. Snow at the plate for the final out of the series. In the Championship Series the Marlins seized on the notorious Bartman incident18 in Game Six to beat the Cubs at Wrigley Field in Game Seven and advance to the franchise’s second World Series. Beckett, who took the mound on that hot July 1 night, would pitch brilliantly on three days’ rest in Game Six to shut out the Yankees and win the World Series.

A team on the ropes early in the year with a manager who gets fired has little hope of winning the World Series. But it was a blowout game on July 1 that propelled the Marlins to win the 2003 World Series, a blowout for the ages.

In addition to the sources cited in the Notes, the authors also consulted Baseball—Reference.com.

The authors thank Sam Zygner for his early editing of this article.  Sam is the Chairperson for the South Florida Chapter of the Society for SABR since 2006 and been a member since 1997.  He is the author of The Forgotten Marlins: A Tribute to the 1956—1960 Original Miami Marlins and co—author of Baseball Under the Palms: The History of Minor League Baseball — the Early Years 1892 — 1960.

18 Luis Castillo popped a ball down the left—field line that Cubs left fielder Moises Alou was tracking. When Alou leapt at the wall to make a catch, a Cubs fan, Steve Bartman, had his hands in the way, preventing the catch. Most Cubs fans blamed Bartman for what transpired next, but few remember usually sure—handed shortstop Alex Gonzalez bobbling a double—play grounder off the bat of Miguel Cabrera two batters after Castillo.