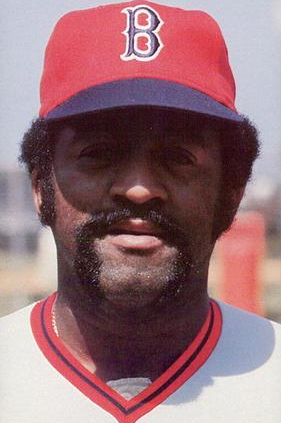 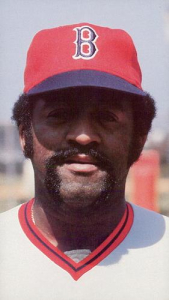 This game may be remembered most for the miserable weather in which it was played. In his report for the Boston Globe, Peter Gammons wrote that the setting resembled “a Cambodian rice paddy in rainy season.”1 It took 4 hours and 10 minutes of elapsed time due in large part to rain delays of 33 and 37 minutes. Red Sox management was determined to play because the same type of weather was forecast for the next day. If both games were rained out, the teams would be forced to play an arduous three consecutive doubleheaders in Texas the following weekend.

It was just before the All-Star break and the Rangers and Red Sox were teams heading in different directions. On June 10, the Rangers had a record of 28-27 and were five games out of first place in the AL West. They won just 13 of their next 33 games and fell to 41-47, 13½ games behind the Oakland A’s. The Red Sox, however, had started on a tear. They had muddled along, splitting 30 games from June 11 through July 6. Then they won five straight and scored 40 runs in the process. They were 3½ games ahead of the Brewers and Yankees for first place in the AL East.

The game was also memorable because of the excellent pitching matchup. Ferguson Jenkins started for Texas and Luis Tiant for Boston. Jenkins gained fame in the late ’60’s with the Chicago Cubs. In the six seasons from 1967 through 1972, he won 20 or more games each season. Tiant made his mark with the Cleveland Indians in 1968 when he won 21 games and led the American League in ERA. He also led the league in ERA in 1972 with the Red Sox.

Although Jenkins won 55 more games in his career than Tiant, 284 to 229, in rate statistics, they were more evenly matched. Tiant’s won-lost percentage was .571 and his ERA 3.30, 14 percent better than average when park-adjusted. Jenkins’ figures were .557, 3.34, and 15 percent. Jenkins was inducted to the Hall of Fame in his third year of eligibility (1991) with 75.4 percent of the vote.2 Tiant never achieved more than 31 percent.

On this day, Tiant was the better pitcher. After he retired the Rangers in order in the top of the first, the Red Sox went to work on Jenkins. Bernie Carbo led off with a double that plopped into a puddle in front of center fielder Lenny Randle. Denny Doyle sacrificed Carbo to third. Carl Yastrzemski then hit a grounder to second baseman Mike Cubbage, whose throw home was too late to get Carbo. After Fred Lynn singled to center and Jim Rice struck out, Cecil Cooper drove in Yastrzemski with a double. Carlton Fisk flied out to end the inning and the Red Sox led 2-0. At that point, the 33-minute rain delay began.

When the contest resumed, the Red Sox added to their lead in the third. Doyle started by hitting a double. Yastrzemski followed with another double to drive in Doyle. After Lynn flied out and Rice struck out, Cooper was intentionally walked, because first base was open, Cooper was a left-handed batter, and the right-handed Fisk was up next. Also, Cooper was red-hot. In his previous 62 at-bats, he had 26 hits (.419) and an OPS of 1.147. The streak raised his batting average for the season to .345, which, if he’d had enough at-bats, would have been second in the AL to Rod Carew’s .372.

Although the tactic seemed well thought out, it failed. Fisk drove in Yastrzemski with a single to left. A wild pitch advanced Cooper to third and Fisk to second. But Rick Burleson popped to third and the inning was over. The lead was now 4-0.

Entering the fourth, Tiant had still not allowed a baserunner. But his modest bid for a perfect game ended when Cesar Tovar led off with a single to left. Toby Harrah reached on an infield hit. After Jim Spencer popped out to second, Jeff Burroughs grounded to third baseman Bob Heise, who stepped on third for the force, but threw wildly to first. On the error, Burroughs and Harrah moved to second and third. With two outs, Mike Hargrove came to bat. He drove in both runners with a single to right. Randle struck out for the third out and the Rangers had cut the lead in half at 4-2.

The Red Sox went down in order in the fourth and the Rangers did the same in the fifth. But in the Red Sox fifth, they struck again. After a 37-minute rain delay, Rice walloped his 14th home run over the screen atop the left-field wall to increase Boston’s lead to 5-2.

The Red Sox broke the game open in the sixth. Fisk led off with a walk and Burleson sacrificed him to second. Jenkins hit Heise with a pitch, then Carbo’s single to right scored Fisk and sent Heise to third. At that point, Rangers manager Billy Martin replaced Jenkins with rookie reliever Jim Umbarger. That created a lefty-lefty matchup with Doyle. Right-hand-hitting Doug Griffin batted for Doyle and doubled to center, his third clutch pinch hit of the week. That drove in Heise and Carbo. Harrah’s relay throw to the plate was not only late but also wild, and Griffin wound up on third. (Apparently, losing a second chess match did not enhance Martin’s job security. He was fired six games later.) Yastrzemski hit a fly to center deep enough to score Griffin. The inning ended when Lynn grounded to second, but the damage was done. The Red Sox lead was up to 9-2.

Boston tacked on its final run in the seventh. Steve Foucault came in for Umbarger and walked Rice. Cooper followed with a single to center. Fisk struck out looking and Burleson flied to right. Rico Petrocelli, who had replaced Heise at third base, singled to right to drive in Rice. The inning ended when Cooper was thrown out trying to go to third on the play. Score: Red Sox 10, Rangers 2.

Tiant had allowed only a walk and a single over the previous three innings, but ran into some trouble in the eighth. He walked the first two batters, Jim Sundberg and Cesar Tovar, then got Harrah to pop out to first. With one out and runners on first and second, Spencer singled to center. Sundberg, who would have stopped at third, scored when Lynn bobbled the ball. Then Burroughs’ fly to right advanced Tovar to third. After Hargrove’s single scored Tovar, Randle popped to second for the third out. The two runs made the score 10-4.

Roy Howell and Cubbage singled to start the ninth. Tiant retired the next three batters, Sundberg, Tovar, and Harrah, to end the game. That gave Tiant a complete game and his 12th win of the season, second only to Jim Palmer’s 13. With the loss, Jenkins’ record fell to 10-10.

In the eighth inning, designated hitter Cecil Cooper had replaced Yastrzemski at first base. So Boston lost the DH, which forced Tiant to bat in Yastrzemski’s spot in the lineup. Tiant bet teammates he would hit a home run and, with the Texas dugout laughing uproariously, Martin jokingly threatened to throw at Tiant. He flied out to right to end the inning. About his effort, Tiant said with a laugh, “Weak, very weak.”3

Boston’s 11 hits were spread across nine players. Carbo and Cooper each had a double and single and Yastrzemski had three RBIs. On a day of rain delays, Mike “The Human Rain Delay”4 Hargrove led the Rangers with two singles and three RBIs. His 2-for-4 raised his batting average to .342.

The Red Sox, however, were in the midst of a 10-game winning streak. They went 52-28 in their final 80 games and finished first in the AL East with a record of 95-65 (.594), 4½ games ahead of the Orioles. They swept the A’s in the ALCS, breaking Oakland’s streak of three consecutive World Series championships. The Red Sox then faced the powerful Big Red Machine of Cincinnati in the World Series. It was closely fought, with five games decided by one run. Cincinnati won it, beating the Red Sox in the seventh game, 4-3.

For the Rangers, Hargrove and Harrah were All-Stars and Jon Matlack was named the All-Star Game MVP.

Fred Lynn won the AL Rookie of the Year Award, a Gold Glove Award, and the Most Valuable Player Award and had the highest slugging percentage in the AL. Lynn and Yastrzemski made the AL All-Star Team.

2 To be inducted, a candidate must receive at least 75 percent of the vote.

4 Hargrove earned the nickname with his seemingly incessant fidgeting between pitches when he was at bat.