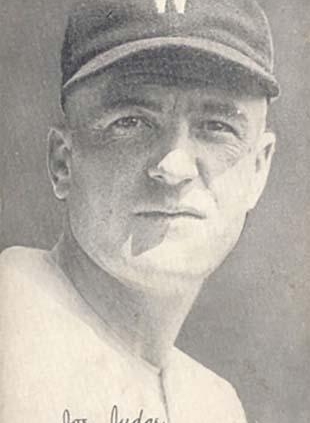 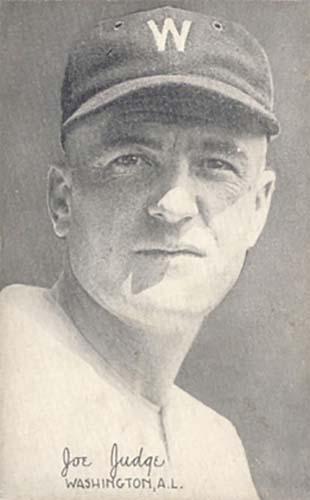 Sunday, July 13, 1924, was a typical hot, humid midsummer day in Washington.1 As the mercury climbed to 88 degrees, hot bats and hot tempers marked a surprising and memorable 15-11 slugfest between the Washington Senators and the visiting Cleveland Indians, who had won seven of the first nine meetings between the two teams. Washington and Cleveland combined for 30 hits, though they finished the season sixth and fifth in the American League in runs scored. The Senators had the league’s best pitching but blew two early leads. The Indians started George “The Bull” Uhle, who won 26 games in 1923 and 200 in a 17-year career, but did not last two innings. The offensive show, wrote Frank H. Young in the Washington Post, “set most of the 8,000 fans crazy.”2

A bevy of bases on balls added to the scoring frenzy. Two Washington pitchers issued 11 free passes. Paul Zahniser walked six in three innings, allowed eight hits, and was charged with six runs. His three consecutive walks with two outs in the ninth inning resulted in the ejection of Washington manager Bucky Harris. which sparked postgame fisticuffs. A fan struck home-plate umpire Howard “Ducky” Holmes. A Cleveland player cold-cocked a fan who wanted to do the same. Police restored order but the fan escaped police and disappeared into the crowd.

The pennant race itself had become roasting hot for the Senators. They led the powerful New York Yankees by 3½ games on July 2, then lost four of five in Yankee Stadium – two by shutout. Next, they managed only a win and a tie in a five-game home series with the Detroit Tigers (including two morning/afternoon doubleheaders) that drew 89,000 fans to Griffith Stadium.3

Washington owner Clark C. Griffith still hoped that his longtime lovable losers would finally make the World Series. In December 1923 Griffith named Harris, his second baseman, as the Senators’ manager. Harris took the job intending to lead the Senators to the pennant.4 After a slow start that had fans and writers calling Harris’s hiring “Griffith’s Folly,” Washington won 21 of 30 games in June, reaching first place on June 24.

Over a nine-day stretch leading up to the July 13 contest, the Senators lost eight games and scored three or fewer runs seven times.5 “If Manager Stanley Harris and his crew are serious about their pennant contentions,” Frank H. Young wrote in the July 10 Washington Post, “they certainly have to put their bats to better use.”6

The offense failed American League Most Valuable Player Walter Johnson in two bids for his 11th win. The Big Train’s 4-3 loss to Detroit on July 11 put the Senators in second place. (The Post titled the box score “Going Down!”)7 Splitting a July 12 twinbill with Cleveland put Washington 1½ games back of New York.

Washington fans, who became known for loud whistling to distract opposing players, enjoyed watching their team’s bats get hot from the start.8  The Senators jumped on Uhle with their customary offensive attack of doubles and triples to take a 5-0 lead in the first two innings. Goose Goslin – who led the league in RBIs with 129 – laced a 3-and-0 pitch to right field for a two-out double to score Harris, who had doubled.9 First baseman Joe Judge singled and Goslin scored. Right fielder Sam Rice’s two-run triple and center fielder Nemo Leibold’s single finished Uhle, who had not pitched in 22 days because of a badly sprained ankle that limited him to three or four workouts going into the game.10

Cleveland manager and center fielder Tris Speaker brought in rookie lefty Watty Clark, the eventual losing pitcher, who earned  one victory for Cleveland that season but revived his career with a 19 victories for the Class B Terre Haute Tots. (From 1927 to 1937, Clark won 110 games, mostly with the Brooklyn Dodgers, posting 20 victories in 1932.11) Firpo Marberry saved 15 games for the Senators in 1924 as one of the game’s first true relief pitchers. Pressed into service because of the Senators’ grueling schedule of seven games in four days, Marberry started and worked two scoreless innings but walked three batters in the third to force in a run, then served up a two-run single to Cleveland catcher Glenn Myatt.

In the fifth, Speaker drilled a two-run homer, the only circuit shot in the entire American League that day, to tie the score, 5-5. Speaker also singled, doubled, and drew three walks.12 Goslin’s two-run double broke the tie in the bottom of the fifth but he was out trying to stretch the hit into a triple.

Enter Paul Vernon Zahniser, whose 5-0 shutout of the Boston Red Sox gave the Senators their three-game lead on July 2. Pitching with a wrenched right wrist heavily bandaged, the second-year pitcher walked first baseman Turkey Brower and Chick Fewster Third baseman Rube Lutzke bunted them into scoring position and Clark singled to center to tie the game again, 7-7. The Senators answered with an eight-run eruption against Clark, rookie Luther Roy, and ex-Chicago Cub Virgil Cheeves. Shortstop Roger Peckinpaugh and third baseman Ossie Bluege placed bunt singles and Zahniser walked with the bases loaded. Judge doubled twice in the inning, the second time off Cheeves with the bases loaded, clearing the sacks. “Calling on Cheeves to pitch is an unpardonable sin,” wrote Stuart M. Bell in the Cleveland Plain Dealer. “He has little ‘stuff’ and bad control.”

A “disgusted” Speaker went to Brower, who finished the game facing 10 batters without allowing a run. Bell lamented that Speaker “could win more ball games if he used better judgment in handling the few pitchers he has at his disposal.”13 Cleveland came back in the seventh, rapping Zahniser for four singles and three runs. Speaker – baseball’s all-time leader with 792 two-baggers – cracked another of his specialties in the eighth and scored on Myatt’s single.

Washington’s four-run lead seemed safe when Zahniser got the first two outs in the ninth. Then Holmes gave leadoff batter Pat McNulty and left fielder Charlie Jamieson free passes. Speaker followed and worked the count to two balls and one strike. That was enough for Harris, who lost his cool, and Holmes ejected the rookie skipper for arguing balls and strikes and trying to “show him up.”14 Speaker walked and Cleveland shortstop and RBI leader Joe Sewell came up.  Washington interim manager Joe Judge brought in a weary Allen Russell – one of the select group of pitchers still allowed to throw a spitball – who had worked in both ends of a doubleheader on July 9. Sewell flied to right field to end the game.

Suddenly “a hot-headed fan leaped from the (right-field) grandstand near the local dugout” and struck Holmes, prompting several hundred fans to surround the two men.15 “Immediately players of both teams and Umpires George Moriarity and George Hildebrand rushed to Holmes’ assistance,” Bell reported. Fewster leaped on Holmes’s assailant, who had struck the umpire in the temple and started to flee when Cleveland backup catcher Luke Sewell grabbed him. “Umpire Moriarity struck the fan with such force as to send him reeling from Sewell’s grasp.”

Another fan tried to take a whack at Holmes but Lutzke delivered a knockout punch.16 Eighth Precinct Police Captain Doyle and several officers responded and hauled the fan toward the exit between the grandstand and right-field pavilion, where the fan jerked himself loose and got away in the crowd. Police led the remaining fans to the exits while the players milled through the fans to their clubhouses.17

League President Ban Johnson suspended Harris indefinitely, apparently for calling Holmes a “fat head.”18 Harris watched from the stands while Peckinpaugh led the Senators to two victories, 12-0 and 4-2. The same umpiring crew worked both games. Blue-coated police officers occupied two boxes of the right-field pavilion for the first game and the Washington Post reported that the 3,500 fans who saw the Monday afternoon game under a threatening sky were “meek as lambs.”19 Harris returned to the dugout the next day.

The Senators also had their offense back. In mid-August, Walter Johnson told Harris that he wanted the ball every third day.20 Washington went on to win its only World Series championship. Cleveland entered the game seven games behind the Yankees but remained in sixth place, the 1920 World Series title a fading memory. In all, six members of the Hall of Fame, including charter inductee Tris Speaker, played in this wild slugfest that really got the fans into the game.

Meanwhile Holmes’s umpiring career ended after the season. He had been victim of another assault outside Sportsman’s Park in St. Louis on June 24 when a fan, Paul Farina, struck him in reaction to Holmes’s ejection of Browns manager George Sisler in a game against Detroit. “I was excited and I did it in the heat of passion,” Farina told Court of Criminal Correction Judge Calvin Miller, who fined Farina $25.21 Holmes had denied the Browns a putout because a pinch-runner for Ty Cobb who took off for second base had not been announced to the crowd. Sisler argued that the runner had, according to baseball rules, been engaged in the game and was out. Holmes held that play had not officially resumed and tossed Sisler.22 A St. Louis Cardinals catcher in 1906, Holmes was a manager and owner of various minor-league teams, notably the Western League Sioux City Packers, during a 36-year baseball career.