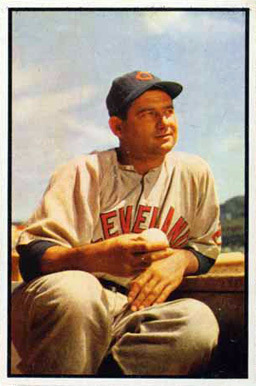 As the curtain came down on the 1962 major-league season, Early Wynn was oh so close to baseball immortality. Wynn, once as a dominant pitcher as there was in the big leagues, went 7-15 with a 4.46 ERA for the Chicago White Sox. It was his worst ERA in 14 years and his lowest win total since he became a starting pitcher in 1942. His last win came on September 8, a complete-game effort against Washington. It was the 299th win of his career, and after four more starts, he was unable to attain number 300.

After the season Chicago released Wynn. Seemingly, he would fall short of one of baseball’s most coveted milestones. Only 13 pitchers had so far accomplished the feat, the last being Warren Spahn on August 11, 1961. Indeed it was an exclusive club, and most of whose members received a passport to Cooperstown and the National Baseball Hall of Fame.

The 43-year-old hurler was home in Venice, Florida, when the Cleveland Indians reached out to him on June 1, 1963. He reported to the Indians and pitched batting practice under the watchful eye of manager Birdie Tebbetts. “The legs are all right but it will take a couple of weeks at least to get the arm ready,” said Wynn. “It’s up to Birdie when I pitch.”1

But Wynn though he had plenty of action left in his right arm, and insisted that he had not joined Cleveland just to win his 300th game. Indians President Gabe Paul agreed, giving a twofold reason for the signing. “In the first place, we need help and we think he can supply some,” said Paul. “Secondly, we knew what a ferocious competitor he is. It should be good for our pitching staff.”2

Wynn made his initial attempt to attain the elusive victory on June 21 against his old mates from the White Sox. Wynn showed plenty of moxie as he went the distance, but lost 2-0. Chicago’s Ron Hansen belted a two-run homer in the top of the ninth inning.

And on it went. The Indians won Wynn’s next two starts, by identical scores of 4-3, but Wynn received a no-decision in each. He stood at 299. On July 13 Wynn got the start against the Athletics’ Moe Drabowsky in the second game of a doubleheader at Kansas City’s Municipal Stadium. (The Athletics scored two runs in the eighth inning to beat Cleveland, 6-5 in the opener.)

In the second game, the Indians took a 1-0 lead in the top of the second inning. Drabowsky retired the first two Indians hitters, but walked John Romano and Al Luplow. Larry Brown singled to knock in Romano. The Athletics’ George Alusik hit a bases-empty home run off Wynn to lead off the bottom of the fourth, making the score 1-1.

The tie was short-lived as Wynn led off the top of the fifth inning with a single. He advanced to second base on Tito Francona’s fly out to left field. Dick Howser sent a roller down the third-base line that hugged the line, but did not go foul, and Wynn reached third. Drabowsky walked Max Alvis to load the bases and Joe Adcock followed with a single, scoring Wynn and Howser. Romano walked to reload the bases. Drabowsky was given the hook, replaced by rookie right-hander Dale Willis. Luplow greeted him with a single for two more runs. Romano was thrown out at the plate for the third out, but the Indians led 5-1.

In the bottom of the inning, Wynn lost his edge. The former Cy Young Award winner gave up three consecutive singles to Ken Harrelson and pinch-hitter Gino Cimoli. Jose Tartabull followed with a bunt single to load the bases. Jerry Lumpe cleared the bases with a double to the right-field corner. Luplow threw Lumpe out at third base when he tried to advance.

Wynn retired the side, but his day was over. He was replaced by pinch-hitter Woodie Held in the top of the sixth inning. With five complete innings in the books, he could be the winning pitcher, but he couldn’t be the loser. It was up to his teammates to secure the one-run margin for the final four innings. Wynn had scattered six hits over five innings, striking out three, and walking three. All four runs he surrendered were earned.

In the bottom of the sixth, right-hander Jerry Walker took the mound for the Indians. The former Athletic had been traded in the offseason to Cleveland for outfielder Chuck Essegian. He shut the door on his former team, pitching four scoreless innings to pick up his first save.

The Indians added single tallies in the seventh and ninth innings to make the final score 7-4. Romano, Luplow, and Howser each had two hits, and Adcock knocked in three runs.

“I was pooped,” said Wynn. “Don’t know why, but my legs felt it right from the start. I had good stuff, but I couldn’t get it over the plate.”3

Romano presented Wynn with the ball from the last out in the game. “I feel I had this one coming after pitching well and losing so many tough ones,” said Wynn. “It seems a little strange, though, after waiting so long for it.”4

“He pitched three good starts before today, and two scoreless relief innings against the Yanks,” said Tebbetts. “With any luck, he could have won three or four games for us.”5

In addition to the sources cited in the Notes, Baseball-Reference.com and Retrosheet.org websites contain box score information on the game.