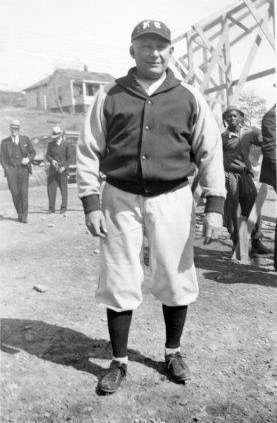 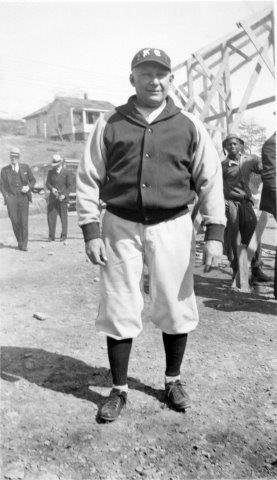 July in Chicago can feel like a sweltering, steamy greenhouse, with occasional respite from the heat offered only by stray gusts of cooler air off Lake Michigan. July 14, 1914, by contrast, was a far more pleasant day. By 3 P.M. the temperature sat in the low 80s, and clear, sunny skies were the backdrop at Weeghman Park as the struggling St. Louis Terriers squared off against the hometown Chicago Federals. Player-manager Mordecai “Three Finger” Brown led St. Louis, while Joe Tinker managed the ChiFeds, or the “Tinx,” as they were often called in the local press. Seventy-six games into the season, the Chicago squad owned a 45-31 record and a 2½-game lead over Indianapolis in the standings.

Umpire Spike Shannon worked the plate as Chicago pitcher Erwin “Erv” Lange took the ball. Pitching on just two days’ rest, he first faced the Terriers’ leadoff hitter, young outfielder Jack Tobin. The 26-year-old pitcher had been working as a novice electrician just a few years earlier, and 1914 would prove to be his only season in big-time baseball, but he was more than ready for the St. Louis lineup, and set Tobin, Ward Miller, and Delos Drake down in order.

Lange’s counterpart for St. Louis, Henry Keupper, shut out Chicago in the bottom of the inning, but nearly found trouble in the bottom of the second. With two out, Chicago’s number-six hitter, first baseman Fred Beck, had made his way to second base. Jack Farrell smacked a grounder to the Terriers’ shortstop, Al Bridwell, who was playing on the grass in short left field. Because there were two outs, Beck was running on contact. As soon as Bridwell fielded the ball, he realized he was too deep in the hole to throw out Farrell, so he broke to his right and raced Beck to third. Bridwell overtook his quarry “a step shy of third,” tagged the runner, and ended the inning for Keupper.1

After an uneventful third inning, Ward Miller singled to lead off the top of the fourth. St. Louis center fielder Delos Drake then lofted a short pop fly near third base. Chicago third baseman Rollie “Bunions” Zeider, already a four-year veteran with the White Sox and Yankees, tried to trap Miller by appearing to try to catch the ball, and then let it drop. With the ball live, Zeider fired it to second base to start a double play. Instead of letting this become an argument, especially given the fiery dispositions of both managers, field umpire Bill Brennan conferred with home-plate umpire Shannon, and they quickly ruled that Zeider had held the ball long enough for an out. Miller was retained safely at first base, but failed to score as Lange set the Terriers down without a run.

In the bottom of the fourth, however, the Chicago floodgates opened. St. Louis’s starter, Keupper, was a 27-year-old appearing in his only major-league season, and was en route to ignominy as a 20-game loser for the season. This game, on this day, would prove to be one of his worst outings of the year.

Art Wilson led off the fourth for Chicago and doubled to left field. Edward “Dutch” Zwilling followed with a double to right field, scoring Wilson. Zwilling had played in 27 games for the White Sox in 1910, and his potential had garnered some press attention. Zwilling was a player who “would have made good with any team in the (National) league. He swings naturally and meets the ball squarely. … In the field and on the bases, he is a wide-awake young man.”2

Zwilling’s double was followed by two more run-scoring hits, a run-scoring two-bagger by Al Wickland and a single by Fred Beck. Rookie Max Flack sacrificed the runners and when Jack Farrell flied out to Ward Miller in left, Beck tagged and headed for third. Miller’s throw got past Bridwell, playing shortstop and covering third, and Beck scored.

Keupper’s final indignity was yielding a single to the pitcher, Lange. At that point, manager Brown replaced Keupper with former Cincinnati Reds pitcher Ernie Herbert. The reliever ended the inning, but allowed two more runs in the fifth, making the score 6-0, Chicago. Despite a Chicago error in the seventh, and two Terriers singles in the eighth, Lange continued his blanking of the visitors. In the bottom of the eighth, Chicago’s offense struck again.

Herbert, who had pitched a clean seventh inning, walked Beck. Flack then hit a shot to Terriers second baseman John Misse, and the latter’s error put two on with one out. Lange singled again, and after Zeider fouled out, Joe Tinker walked to push Beck across the plate. Bruno Block, who had replaced Art Wilson behind the plate, cleared the bases with a double and then scored on Zwilling’s second double to make the score 11-0. In the ninth inning, St. Louis third baseman Al Boucher led off with a hit, but Lange again shut down the rest of the order to preserve his 11-0, complete-game shutout.

On July 16, one of the local Chicago papers ran the following: “There isn’t a question in the minds of the fair-minded that Tinker could take his team intact into the National League and make a good showing.”3 That Chicago had dominated St. Louis was clear, but what was perhaps even more surprising was the pace of the game. The entire contest, with 11 runs scored, 8 strikeouts, and 7 walks, required a mere 1:45.4

Even with all of the modern interest in pace of play and game length, the quick decision drew public praise. “Yesterday the Chifeds and Sloufeds played nine innings in 11 minutes less time than it required for the Giants and the Cubs to complete their exhibition. That National game was run off in 1:55, and that is even faster than usual. Few of the battles of the present home have been staged in less than 2 hours, and one took 2 hours and 50 minutes. It only went nine innings, too.”5

With an Indianapolis loss to Kansas City that afternoon, the ChiFeds moved to a 3½-game lead in the standings. The loss dropped the Terriers 13 games back.6 Chicago held that 3½-game buffer off and on through late July, but eventually finished 1½ games behind the Hoosiers.