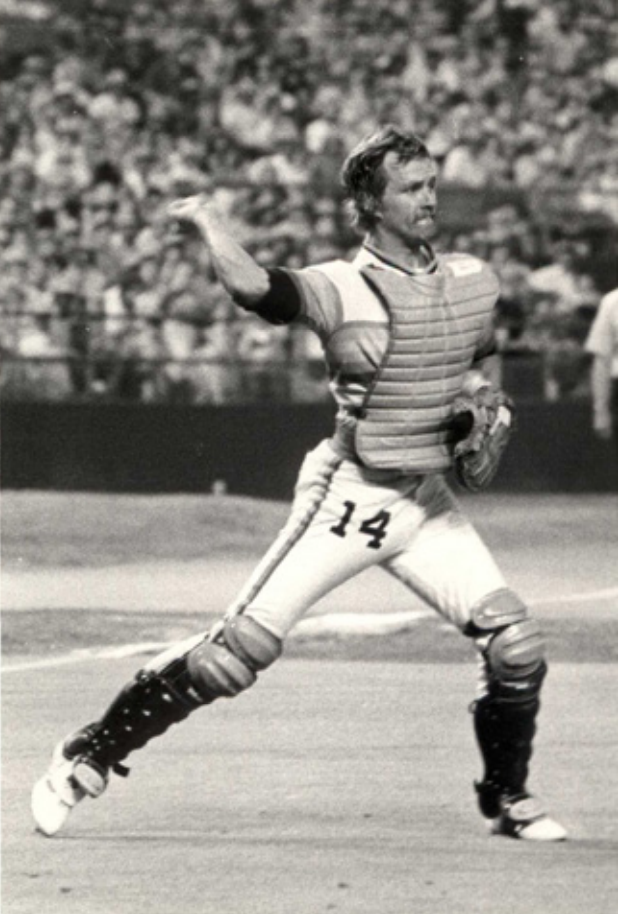 “My only regret is that it was not on national TV so the whole country could see it. That was a great baseball game, and I wish that more people could have been part of it. If you didn’t get excited over that one, you’re not a baseball fan. It had everything – great plays, strategy, everything.” — Paul Owens1

The Philadelphia Phillies, who were contending afor the NL East lead, visited the Houston Astrodome for a four-game set in July 1984. After winning the first three games of the series, Philadelphia was in third place, 3½ games behind the New York Mets.  In going for the series sweep, the Phillies sent Charles Hudson (8-6, 4.68 ERA) to the mound to face Houston’s Bob Knepper (8-8, 2.78).

Neither starting pitcher would factor in the decision as the game went 16 innings. It took 4 hours and 12 minutes and 460 pitches combined for the Astros to gain a 3-2 victory and salvage the final game of the series. In spite of the game’s length, few in the announced crowd of 15,276 left early as there was never any letup in excitement.

The Phillies took the lead in the second inning when Glenn Wilson walked and came around on a double by John Wockenfuss.  Mike Schmidt’s fourth-inning solo homer made the score 2-0. The Astros evened the score in the fifth inning when Terry Puhl singled and rookie catcher Mark Bailey homered.

Both starting pitchers went deep into the game before being lifted for pinch-hitters. Hudson left for pinch-hitter John Russell in the eighth inning. Russell singled but was erased when Garry Maddox grounded into a double play, one of four twin killings turned by the Astros during the contest. Knepper pitched effectively until he was lifted for a pinch-hitter in the ninth inning.

Larry Andersen, the Phillies’ part-time reliever and full-time philosopher (one “Larryism” being “Do they take a coffee break at the Lipton Tea Factory?”), entered the game in the eighth inning and found himself in a jam. After walking the first batter, he fielded Craig Reynolds’ bunt and threw wild to first base. By the time the dust settled, there were runners on second and third with none out, but Andersen collected himself and struck out Denny Walling for the inning’s first out. On orders from the dugout, he was in the process of issuing an intentional pass to Jose Cruz when he inadvertently brought his fingers to his mouth, causing home-plate umpire Joe West to call ball four. With the bases full and one out, Jerry Mumphrey hit a hard line drive directly into the glove of second baseman Juan Samuel, whose throw to first baseman Wockenfuss arrived before Cruz could get back; the double play ended the inning and the score remained tied.

Andersen gave way to Al Holland with one out in the ninth inning and once again the Phillies got out of the inning by virtue of the double-play ball. With runners on first and second and one out, manager Bob Lillis lifted Knepper for pinch-hitter Enos Cabell, who grounded into a 6-4-3 double play to send the contest into extra innings. In nine innings, Knepper allowed only three hits and struck out a career-high nine batters2 while lowering his ERA slightly to 2.73.

First out of the pen for Houston was Bill Dawley with his 1.90 ERA. He was appearing in his 32nd game of the season, all in relief, and had a 5-4 record. In three innings, he allowed but one hit and put three more zeros onto the increasingly elongated scoreboard.

The Astros kept the Phillies off the bases and off the scoreboard with a series of fielding gems that kept the videotape guys quite busy and the crowd on its feet. Two of those plays came during Dawley’s three-inning stint. Puhl victimized Philadelphia’s Von Hayes with a leaping catch against the right-field fence for the third out of the 10th inning. Two innings later Puhl was at it again, racing in to make a do-or-die sliding catch on Ozzie Virgil’s flare to short right field. Philadelphia third-base coach Dave Bristol said, “If it gets by him, it’s got a shot to be [an] inside the park [homer].”3

In extra innings the Astros mounted even more threats, only to come up empty. In the bottom of the 12th, Kevin Bass, pinch-hitting for Dawley, led off with a triple. Philadelphia manager Paul Owens decided to load the bases with intentional walks to Enos Cabell and Bill Doran. Owens again went into his bottomless basket of tricks and decided to play with five infielders, as Glenn Wilson moved from left field to right field and was positioned behind second base. Phils pitcher Bill Campbell got Reynolds on a popup to second and then third baseman Schmidt was able to turn Denny Walling’s groundball into a force play at the plate. With two men down now, Wilson returned to left field and corralled a fly ball off the bat of Cruz for the inning’s final out. After the game, Walling said of the odd defensive positioning, “I’ve never seen it used, but it didn’t affect me. Seeing five guys in the infield is great. I just did a very bad job in a clutch situation.”4

Owens told reporters, “I got that play from all the games I played in 10-man softball leagues, where they used a running shortstop or fourth outfielder you could play anywhere you wanted. The psychology of it is that you put a little more pressure on the hitter to hit the ball in the air.”5

Joe Sambito took the mound for the Astros in the 13th inning and continued Houston’s mastery of Philadelphia’s batters. It was three up and three down as the Houston partisans had an opportunity to rest in their seats, awaiting the excitement of the bottom of the inning.

In the bottom of the 13th Owens, the walking strategy machine, was at it again. Mumphrey led off with a single to center field. Alan Ashby, who had entered the game after catcher Harry Spilman had injured his knee chasing a popup, bunted Mumphrey to second base and, with one out, Puhl was intentionally walked. Lillis then sent up Ray Knight to pinch-hit for Sambito. Campbell got the count to 1-and-2 before uncorking a wild pitch that threw a monkey wrench into Owens’ strategy. But Owens was resourceful and once again stationed Wilson behind second base. Knight, mired in a 2-for-41 slump, looked at Campbell’s next delivery for strike three. That brought up Cabell, who received an intentional walk. With the bases full of Astros, Campbell induced Bill Doran to ground out, and the game continued.

Indeed, it was as if the Astros enjoyed being on base so much that they didn’t want to go home.  During the course of the game, they stranded 20 runners. The Phillies meanwhile had made the most of their limited opportunities and would leave only three runners on base.

Julio Solano pitched the 14th and 15th innings for the Astros and faced the minimum of six batters, allowing only one hit, a single to Kiko Garcia. Garcia was eliminated on a ground ball double play off the bat of Virgil, the Phillies’ slow-footed catcher, one of the few times the Phillies squandered a baserunner.

The snake-bitten Phils were victimized by great defense one last time in the top of the 16th inning when Hayes was once again robbed, this time by center fielder Mumphrey. Wilson had singled to reach first before Hayes sent a fly ball to short right-center field. Mumphrey raced in, made a shoestring catch, and fired to first to double off Wilson.

After close calls in virtually every inning, the Phillies ran out of luck in the bottom of the 16th. Don Carman was pitching for Philadelphia and yielded a one-out single to Cruz. After a wild pitch, Mumphrey received an intentional walk. For those who count such things, during the game’s final five innings, the Philadelphia mound staff uncorked three wild pitches and yielded seven intentional walks. With runners on first and second, Ashby singled to left field to drive in Cruz with the winning run.

During the course of the season, extra innings had not been kind to the Phillies. The loss was their seventh in as many extra-inning games. They would go on to finish in fourth place, 15½ games behind the NL East-winning Cubs, with an 81-81 record. The Astros would finish the season at 80-82, which was good enough for a tie for second place but left them 12 games behind the West Division-champion San Diego Padres.

In the course of his 11 years with the Astros, catcher Alan Ashby was behind home plate for three no-hitters: Ken Forsch’s in 1979, Nolan Ryan’s in 1981, and Mike Scott’s in 1986. (Courtesy of Houston Astros Baseball Club).