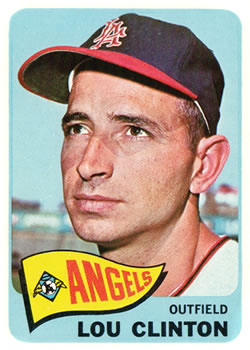 Twins manager Sam Mele was not happy. His team had lost four of its last five games. The night before, fielding lapses, particularly a botched rundown, turned a 2-2 game into a 7-2 defeat at the hands of the last-place Washington Senators.

So before the game on July 17, 1964, Mele held a drill to work on the Twins’ defensive problems. For an hour and a half, in 94-degree heat, the team practiced rundowns, cutoff plays, and pitchers covering first base.1

“We learned this last spring, but maybe we’ve forgotten it,” Mele said. “We’ll do some brushing up on things. This has got to stop.”2

The Twins entered the game in fourth place with a record of 47-41. The Angels were in sixth place at 43-47. But the teams were headed in opposite directions. While the Twins were skidding, the Angels had won five of six.

The starting pitchers were Fred Newman (7-3) for the Angels and Dick Stigman (5-7) for the Twins. The two had butted heads five days before in Los Angeles, when Newman bested Stigman, 2-1. This game would be another pitchers’ duel.

In the first inning, Stigman gave up a leadoff double to Bob Perry and walked Jim Fregosi, but escaped by getting Joe Adcock to hit into an inning-ending double play. Newman retired the Twins in order in their half.

One of the reasons the Angels won the 2-1 game in Los Angeles was a solo homer by Felix Torres. With two outs in the second, Torres repeated the feat, giving the Angels a 1-0 lead. Bobby Knoop followed with a single before Newman flied out to right to end the inning. In the bottom half, Bob Allison hit a one-out single for the Twins, but was erased when Rich Rollins bounced into a 6-4-3 double play.

The Angels got their third extra-base hit in as many innings when Willie Smith doubled to left with one out in the third. But he was stranded when Stigman retired the next two Angels.

Stigman got himself into trouble again in the fourth when he walked Lou Clinton and, two outs later, walked Knoop. Again he used the opposing pitcher to get out of the inning by striking out Newman.

Stigman pitched four more innings without allowing a hit. Al Worthington relieved him in the ninth and gave up a harmless single.

In the bottom of the fourth, Tony Oliva and Jimmie Hall hit one-out singles. But Newman snuffed the rally when Harmon Killebrew and Allison struck out looking. After the game, Mele criticized his All-Stars saying, “That was our chance for a big inning. You don’t have a big inning by taking called third strikes.”3

In the fifth the Twins had a would-be rally ruined by an unusual play. With one out, Earl Battey sliced a one-hopper to Angels right fielder Clinton, who threw out Battey before he reached first.

The Minneapolis Tribune reported that Battey “jogged toward first” and that the Twins lost a baserunner “for lack of hustle.” But Mele disagreed. “Battey didn’t loaf,” said Mele. “He ran as hard as he could. He just can’t move very fast.”4 That year, the 6-foot-1 Battey reported to spring training weighing 260 pounds.5

The Twins had their best chance to score in the seventh. Allison led off with a single and took second when left fielder Willie Smith bobbled the ball.6 Rollins sacrificed Allison to third. But Allison had to hold when Battey grounded out with the infield in, and Jim Snyder flied out to end the threat.

Mele was asked why, with a right-hander on the mound, he didn’t have left-handed-hitting Don Mincher pinch-hit for the right-handed-hitting Snyder. He replied simply, “I felt Snyder would come through with a hit.” Snyder’s batting average was .193, Mincher’s, .290. Snyder would play his last major-league game less than three weeks later.

Bob Lee replaced Newman and pitched the eighth and ninth. Lee threw nothing but fastballs,7 disposed of all six Twins he faced, three on strikeouts, and secured the 1-0 victory.

Newman got the win and Stigman, the loss, in the 2-hour, 28-minute contest. Stigman won only one more game in 1964, finishing with 6 wins and 15 losses, the worst record of his career. On the other hand, Newman went on to have his best season, with 13 wins, 10 losses, and a 2.75 earned-run average. In 1966 Newman became plagued by arm problems. Both pitchers finished their major-league careers in 1967.

The offensive hero of the game was, of course, Felix Torres. In 1955 the Puerto Rico-born Torres was signed as an amateur free agent by the Cincinnati Reds. That year in Class D ball, he smacked 57 extra-base hits in just 108 games. Torres then left professional baseball for almost four years because of the racism he experienced while playing in the Georgia State League and South Atlantic League.8

He returned to the minor leagues in 1960 and the next year in Triple A hit 24 homers with 97 RBIs. In 1962, at the age of 30, Torres got his chance in the majors when he was drafted by the expansion Angels. He played with the Angels through 1964, his last season in the majors. He retired with a career batting average of .254 and 17 home runs in 1,191 at-bats.

The Twins had now lost five of six games. They continued what was to become a nightmare streak by losing their next six, for a total of eight straight. After grabbing a win, they proceeded to lose seven of their next nine, giving them 18 losses in 22 games and dropping them into sixth place with a record of 50-55.

The win was the Angels’ third straight and they went on to win another three in a row. After a loss, they won six of their next eight, raised their record to 53-50, and moved into fourth place.

In 1964 Oliva led the American League in hits, doubles, runs scored, total bases, and batting average and was named the AL Rookie of the Year. Killebrew led in home runs and Allison was third in OPS. 9 Consequently, the Twins led the AL with 4.52 runs scored per game. Since they allowed 4.16 runs per game, Bill James’s Pythagorean Formula10 predicts that they should have won 88 games. So their actual total of 79 wins had to be considered disappointing.

In 1965 the Twins scored more runs (4.78 per game) and allowed fewer (3.70 per game), and outperformed their Pythagorean expectation. This time the formula predicted the Twins would win 101 games and they exceeded that by one game. The 102 wins were a 23-game improvement and the Twins won the pennant by seven games.

9 OPS is the abbreviation for the sum of a player’s on-base and slugging averages. It correlates well with more complex methods that evaluate the runs for which a batter is responsible.

10 m.mlb.com/glossary/advanced-stats/pythagorean-winning-percentage. (I used two as an exponent.) Accessed April, 25, 2020.