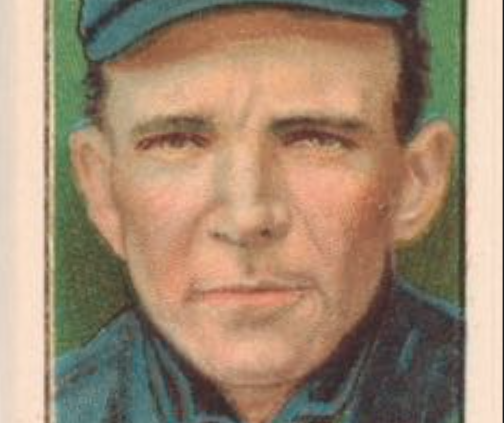 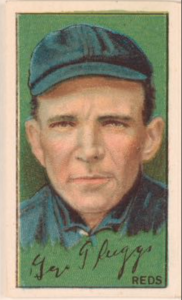 Owing to four rescheduled rainouts, the Terrapins and the Buf-Feds were playing their fifth doubleheader and 12th and 13th games against each other in nine days. Baltimore had taken seven of the first 11 with one tie, and the Buf-Feds were banged up and bruised. Buffalo manager Larry Schlafly might have done well to concede the day to the Terrapins.

Buffalo shortstop Bill “Baldy” Louden was sidelined on July 13 when a grounder by Baltimore’s player-manager Otto Knabe skipped off the infield and struck him in the left eye. Louden, at the time leading the club in hitting at .322, suffered a cut over the eye, a ruptured blood vessel, and swelling “the size of a hen’s egg.”1 Although he’d been put into a game as a pinch-hitter on July 17, he remained out of the starting lineup. The Buf-Feds’ premier pitcher, former Yankees star Russ Ford (12 wins in 15 decisions and an ERA of 1.97) left the game on the 17th with a sprained back2 and would be out of the starting rotation for more than a week. Schlafly’s next most reliable hurler, right-hander Gene Krapp, left his last game on July 14 with a twisted muscle in his pitching arm.3 The club’s most celebrated player, first baseman Hal Chase, who had jumped to the team on June 21 from the AL’s Chicago White Sox, hadn’t played a game since June 25 due to a court-ordered injunction obtained by the White Sox.

“Four double-headers … have put the pitching staffs of both teams in mighty poor shape,”4 agreed most observers, so with sore-armed Krapp (6-8, 2.36) back into the pitcher’s box and reserve outfielder Everett Booe filling in for Louden at shortstop, Buffalo took the field for the first game of the fifth twin bill. As if an omen, black clouds appeared in the skies and there was a brief shower, but not enough to affect playing conditions.

Before the game’s first out, the Terrapins pounced on Krapp for five runs. Right fielder Benny Meyer led off with a walk and center fielder Vern Duncan did the same. A potential double play was lost when Buffalo second baseman Tom Downey juggled a grounder off the bat of left fielder Hack Simmons, filling the bases. First baseman Henry Swacina followed with another grounder to Downey, who threw home but failed to catch the swift Meyer. Third baseman Jimmy “Runt” Walsh, among the league’s top hitters at .336, then punched a single to left, scoring Duncan and Simmons. Krapp plunked shortstop Mickey Doolin with a pitch, and second sacker Knabe drove a liner through the pitcher’s box to drive home Swacina and Walsh. Krapp finally got catcher Fred Jacklitsch to strike out, opposing pitcher George Suggs to fly out to center field, and Meyer, batting for a second time, to pop out to Booe to end the inning.

Suggs had defeated Buffalo twice in the last eight days, once with a shutout, and pitched the final inning of the previous day’s game to nail down Baltimore’s 4-3 victory. In those 19 innings, he scattered just five hits and struck out 17 and was dubbed “Schlafly’s Nemesis” by the Baltimore press.5 Except for one inning, the right-handed Suggs handled Buffalo again with ease. In the second, center fielder Charlie Hanford led off with a single, but left fielder Frank Delahanty, the youngest of five major-league brothers, banged into a double play. Downey then reached first on an error by Walsh, and third baseman Fred Smith singled, but Suggs struck out backstop Walter Blair to end the threat. It was as close to scoring a run as the Buf-Feds would come in the game.

After the brutal first inning, Krapp pitched “gilt-edge ball,”6 giving up only one hit from the second through the fifth. He ran into trouble again in the sixth when he issued a leadoff walk to Suggs, and a fielder’s choice on Meyer’s grounder to third advanced Suggs to second. Krapp then walked Duncan and Simmons, loading the bases. Swacina bounced a grounder to Booe, who flipped to Downey for the force at second as Suggs crossed the plate. With Walsh at bat, the Terrapins pulled off a double steal, Duncan scoring and Swacina taking second. Walsh then popped to Booe to end the inning. The two runs, scored without benefit of a base hit, boosted Baltimore’s lead to seven runs.

The Terrapins’ eighth and final run came in the ninth inning. With right-hander Bob Brown pitching in relief of Krapp, Walsh drove a curveball7 into the left-field bleachers for a home run. Although he never hit homer again that year, Walsh’s total of 10 led the club at the end of the season.

Bob Brown was actually the nom-de-guerre of Bob Smith, who’d jumped to Buffalo from Minneapolis of the American Association. An agreement between manager Schlafly and Minneapolis manager Joe Cantillon not to hire players away from Cantillon’s club led Smith, signed by Buffalo without Schlafly’s knowledge, to play the 1914 season under an assumed name. Only Schlafly, Delahanty, and backup catcher Nick Allen, the latter two teammates of Smith’s in Minneapolis signed by Buffalo as free agents, were aware of Brown’s real identity.8

Suggs set Buffalo down scoreless one more time in the ninth to preserve a six-hit shutout and improve his won-lost record to 13-6. Despite giving up only five hits, Krapp was wild, walking eight and hitting one batter in seven innings in handing Baltimore six earned runs.

In addition to the sources listed in the notes, the author also consulted The Sporting News and a number of local newspapers including the Buffalo Commercial, Buffalo Courier, Buffalo Evening News, Buffalo Sunday Morning News, Pittsburgh Daily Post, and Rochester Democrat and Chronicle.